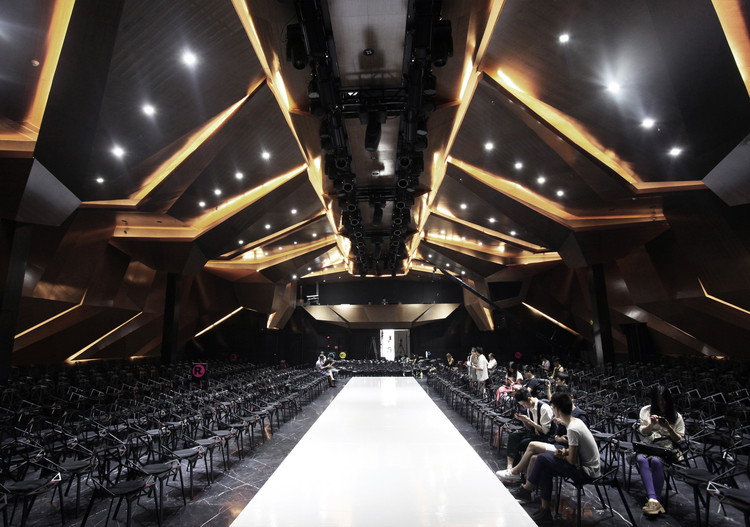 The Suit Convention Hall is located on the 10th and top floor of a building central to the thriving fashion scene of Guangzhou.In the design stages, much attention was paid to this very symbolic status of the event hall, to its functionality and role as a convention center. Many of the design concepts involved enhancing the space's lighting and sound capacities as per the requirements of the client, who aims to spearhead Guangzhou's fashion boom with the Suit.

If fashion design is to be defined as the creation of a silhouette and personal style (look and feel) through the application of layers on the human body, then spatial design, too, can be considered one of creating an image and function through layers.

Because this was a renovation project with a preexisting framework, the design process mainly revolved around the application of an architectural "suit" over the foundation. The assembly and rearranging of the different "layers," or previously established elements of the space: the lights, the acoustics, the people occupying the space, and the public image of the space as a cohesive whole were the focus of creation.

The polygonal folded surface is an optimized modular. The multifaceted surface lends volume and dimensionality to the overall space, as it encloses the interior installations including the speakers and (indirect) lighting devices. Like the surface of a folded up sleeve, the runway/stage becomes the visual focal point, while a sequence of lights that line the diagonal runway accentuates a sense of rhythm. Soundproof wood panels are laid over the polygonal surfaces for optimal sound transmission.

The lobby sport simple colors and low key lights. This decision to a minimalist aesthetic was made to contrast the Suit's interior design, thereby maximizing its first-sight impact as visitors enter it through the lobby. As a total package, the Suit is bold enough to garner the attention of early-arriving vips before the show, and discreet enough to let the runway models shine as they should. 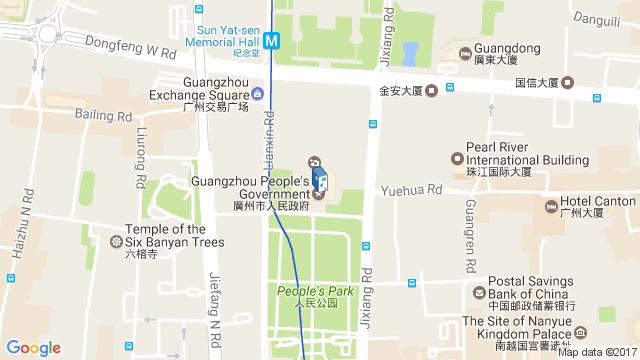