Le Corbusier was commissioned by the president of the Mill Owners’ Association to design the organization’s headquarters in Ahmedabad, a city historically active in India’s textile trade. The building is a physical manifesto representing Le Corbusier’s proposal for a modern Indian architecture. Constructed in 1954, the Mill Owners’ Association Building is considered the first of four completed commissions in Ahmedabad.

As Le Corbusier began working predominately in warmer environments, he developed a set of architectural devices in response to climatic and cultural contexts. He took cues from India’s vernacular architecture, emulating the deep reveals, overhanging ledges, shade screens, and grand, pillared halls. [1] He introduced brises-soleil, designed to prevent sun from penetrating the facade, and employed these in combination with thickened facades and unfinished concrete in many of his later projects. Surrounded by ample open space, the Mill Owners’ Association Building was not forced to contend with an existing urban fabric, allowing the architect to propose a distinctly modern aesthetic.

The building sits between Ashram Road to the west and the Sabarmati River to the east. The side walls, to the north and south, are nearly blank and faced in rough stone with a brick exterior. The brises-soleil on the west facade are oriented diagonally to obstruct views from the street while permitting air and indirect sunlight to enter the space. Plants spill from the porous facade, activating the exposed concrete and supplementing the roof garden. At the rear of the building, the brises-soleil are perpendicular to the facade, allowing the breeze from the river to pass uninhibited through the shaded perimeter. Here, Le Corbusier designed the openings to frame views of the river below.

“The situation of the building in a garden dominating the river furnishes a picturesque spectacle of cloth dyers washing and drying their cotton materials on the sand bed in the company of herons, cows, buffalo, and donkeys half immersed in the water to keep cool. Such a panorama was an invitation...to frame views from each floor of the building.” - Le Corbusier [2]

Completed just after Unité de Habitation, the Mill Owners’ Association Building signifies a shift in Le Corbusier’s architectural style, combining the repetitive rigidity of Villa Savoye with the curvilinear forms of Ronchamp. The facade stands free of the structural pilotis as described in Le Corbusier’s Five Points, but departs from his earlier work in that it extends fully to the ground, screening the cylindrical columns from view. The rectilinear plan and grid expressed on the building’s exterior stand in contrast to the interior spaces, which are characterized by convex and concave volumes. As one moves through the interstitial space, the intersection of curvilinear and orthogonal planes creates an experience of compression and release. A conference room enclosed by a curved, brick wall paneled in wood veneer extends from the second story to roof level. Its curved ceiling reflects light entering through the clerestory window and holds a reflecting pool above, which Le Corbusier had hoped to utilize as a roof reservoir.

The circulation is designed as a promenade, beginning with a ramp extending from the parking lot to a three-story void at the volumetric center of the building. As one ascends the ramp, the view penetrates the brises-soleil, visually opening the facade. The stair core projects beyond the central atrium and main facade, into the elements.

Surottam Hutheesing, who commissioned Le Corbusier to build the headquarters, also asked him to design a private residence. It was eventually realized in the Villa Shodhan after Hutheesing's original commission fell through. The design is consistent with the architect’s proposed architectural grammar for the region, employing deep, perforated walls, brises-soleil, and exposed concrete. For his sole commission in the United States, Le Corbusier constructed an iteration of the Mill Owners’ Association Building in the Carpenter Center for Visual Arts in Cambridge, Massachusetts. 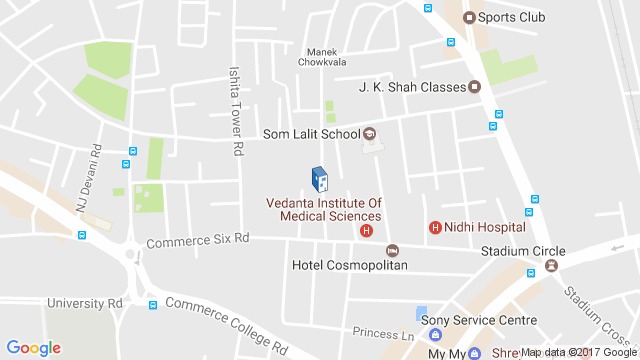