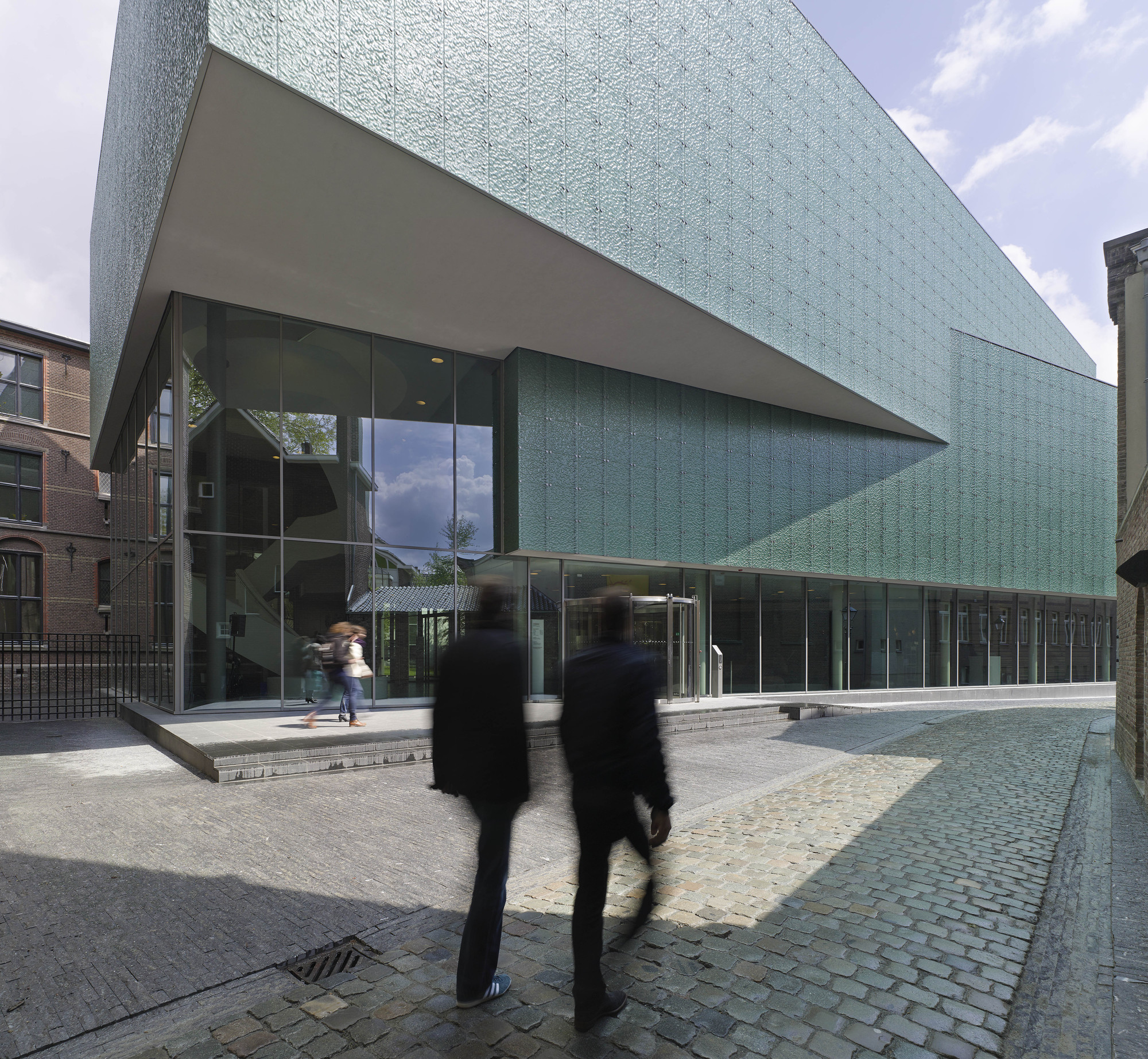 Text description provided by the architects. Combining the new development for the Stedelijk Museum in ’s-Hertogenbosch  with the renovation and extension of Het Noordbrabants Museum has created an continuous museum district in the historical city centre. Contemporary art is merged with regional art, culture and history round the monumental garden of the former provincial government.

This monumental garden was the most important point of departure in the design of the museum complex. The various buildings and functions are threaded like a string of beads round the garden. When walking round the museum the garden is visible at every turn and serves as an orientation point. Part of the museum route is freely accessible to the public, making the enclosed garden a component of the public, urban fabric.

Since 1987 the Noordbrabants Museum has been housed in the former governmental palace dating from 1768. This national monument has been completely renovated. Wherever possible, the palace’s original structure has been restored to its original state – a succession of period rooms each with its own colour scheme. The automatic ticket machine is located in the former coach house on the forecourt.

When converting the palace into a museum 25 years ago, architect Wim Quist added two museum wings. These Quist wings have been renovated and extended with new museum halls and facility areas. As far as possible, the existing design qualities have been explicitly further enhanced: a clear succession of exhibition halls, elegant, north-light, sawtooth roofing and surprising views of the city and garden.

The new halls are surrounded by six museum houses and these avoid a blind wall on the adjoining square. These dwellings and the new halls are designed in dark brickwork so that the museum complex blends naturally into the historical fabric of the city centre.

On the opposite side of the palace garden a new building has been added: the Stedelijk Museum. It is composed of projecting volumes that turn with the bend into the adjacent alleyway. Here, the Stedelijk Museum has been given its own entrance. This new volume is clearly visible from a distance with its glittering, green-glazed façade: a striking, contemporary intervention in a forgotten corner of the city centre.

The new museum has two large museum halls on the first and second floors. The central desk, auditorium and museum shop are located in the public space on the ground floor. An eye-catching, winding flight of stairs conveys the visitor to the exhibitions.

The former Provinciale Griffie, the provincial registry, a 19th century neo-gothic building designed by architect Van Lokhorst, is situated between both museums. This houses the shared functions such as a restaurant, meeting rooms, offices for both museums and a staff canteen. The former Statenzaal or state hall will be used for big gatherings, wedding ceremonies and other festive occasions.  The building has been completely restored and, in the general spaces, the original colours and materials have also been restored wherever possible.

Both museums and the shared functions are connected by means of a central connecting passageway. This spacious passageway runs along the Griffiegebouw and the Statenzaal and has a glass façade on the garden side. The museum garden, redesigned by MTD landschapsarchitecten, has a large outdoor café. The connecting passageway is open to the public so visitors can walk through the museum complex, visit the museum shop or enjoy refreshments in the restaurant without a ticket.

The connecting passageway forges the various buildings and functions in the Museumkwartier into one spatial entity, while preserving the identity of the contemporary Stedelijk Museum and the monumental Noordbrabants Museum.

The realisation of the Museumkwartier has transformed a forgotten corner of the historical city centre into an inviting world of art, culture, education and social interaction. A walk through the building complex, each with its own history and architecture, is a fascinating voyage of discovery through time and space. 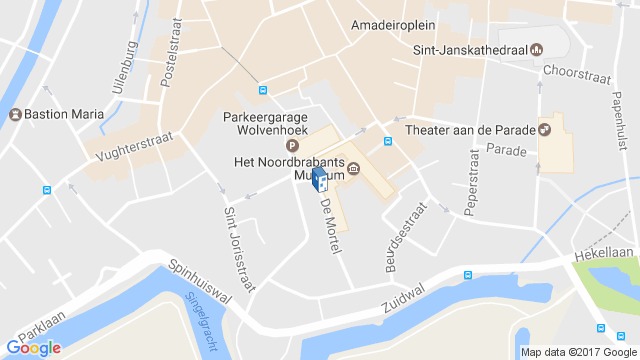