Save
The Sydney Opera House: Celebrating 40 Years
Share
Or
Copy

Today is the 40th anniversary of the completion of the Sydney Opera House, the symbol of Australia. Since its opening in 1973, the Opera House has welcomed over 65 million people to more than 80,000 memorable events. To celebrate, an Anniversary program will run from mid to late October, with concerts, tours, exhibitions, and cake! A true masterpiece that continues to redefine the ambitions of Australia, the Opera House is part of an incredible story, a work of architecture that belongs to everyone. 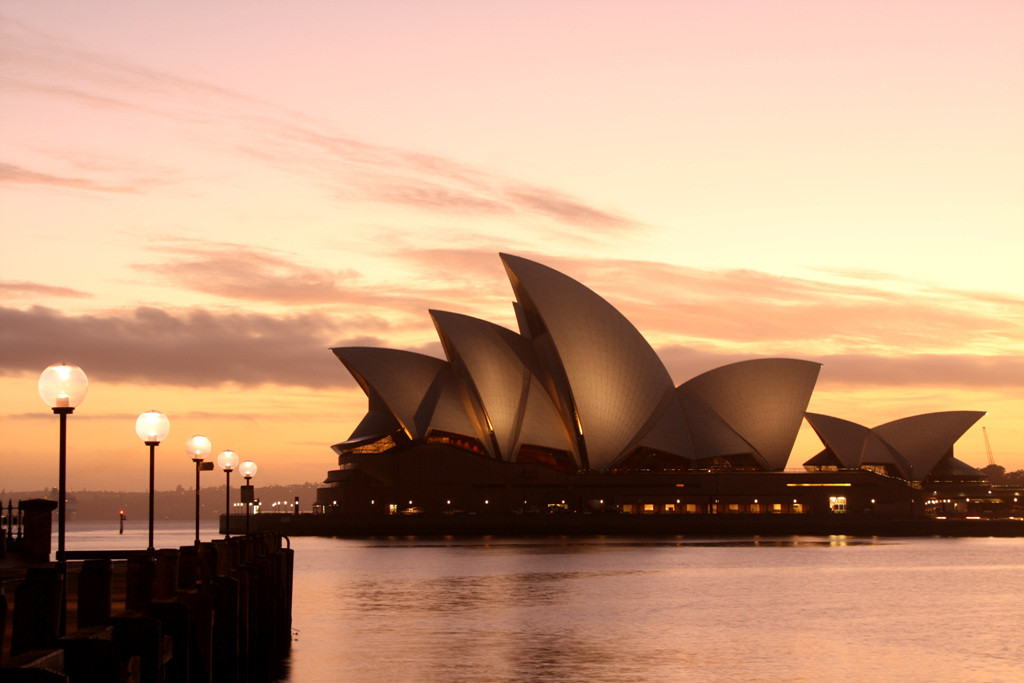 The history behind the Opera House and its creation is as rich as the architecture itself. In 1956 the New South Wales Government called an open competition for the design of two performance halls, for opera and for symphony concerts, hoping to establish Sydney as a major city. Danish architect Jørn Utzon won the competition with an entry that consisted of a few simple sketches that intrigued the famous Eero Saarinen who was part of the jury. “The drawings submitted are simple to the point of being diagrammatic,” observed the jury. “Nevertheless, we are convinced that they present a concept of an opera house that is capable of becoming one of the great buildings of the world.”

Construction begin in March 1959, in three phases: the foundation and building of the podium overlooking the Sydney Harbor, the construction of the outer shells, and the construction of the interior. The shell structure consisted of a ribbed system of precast concrete shells created from sections of a sphere. Utzon wanted the shells to be portrayed like large while sails in contrast to the deep blue waters of the ocean it stood upon. In order to achieve this aesthetic the shells are covered with 1,056,066 ceramic tiles made in Sweden from clay and crushed stone. Along with the placement of the tiles, it took eleven years to complete the iconic roof structure.

On February 28, 1966 after a long battle with the New South Wales Government because of the rising construction costs as the concrete shells were progressing towards their completion, Utzon resigned from the project. Despite a 3000-signature protest for Utzon’s reinstatement the government appointed three Australian architects, Peter Hall, DS Littlmore, and Lionel Todd, to complete the project.

The building was completed and opened by Queen Elizabeth II in October of 1973. With an original estimate of 7 million dollars the budget was vastly exceeded with a final cost of 102 million dollars. In 2007, the Opera House was declared a World Heritage Site. In 2003 Jørn Utzon was awarded the Pritzker Prize five years before his death in 2008. Due to the political issues that led to his resignation years before, the architect never returned to Australia to experience his finished masterpiece that is regarded as one of the greatest structures ever created.

The Anniversary Celebration starts October 20th with an Open Door event and Cake & Song. Different programs and concerts will continue through October 31st. The celebration includes the premiere of Autopsy on a Dream, John Weiley's long-lost 1968 film about the troubled birth of Danish architect Jørn Utzon's masterpiece. The film will be broadcast by ABC TV on Sunday, 20 October.