London's King's Cross has seen a surge of redevelopment in recent years, the most iconic of which - John McAslan + Partner's new concourse for King's Cross Station - was completed last year. The area has also been defined by the new Central Saint Martin's campus, designed by Stirling Prize winner Stanton Williams, and Google's new London headquarters. Plans have now been unveiled for Gridiron (One St. Pancras Square), a 50,000 square foot office building nestled between St. Pancras International and King's Cross Stations, designed by David Chipperfield Architects and set for completion in the first half of 2014.

The design aesthetic is determined by 396 cast-iron clad columns, "the largest six metres in height and weighing some 2.2 tonnes." Cast by the Hargreaves Foundry, a 100 year old family business based in Yorkshire, the choice of materiality is by the borough's strong industrial heritage. 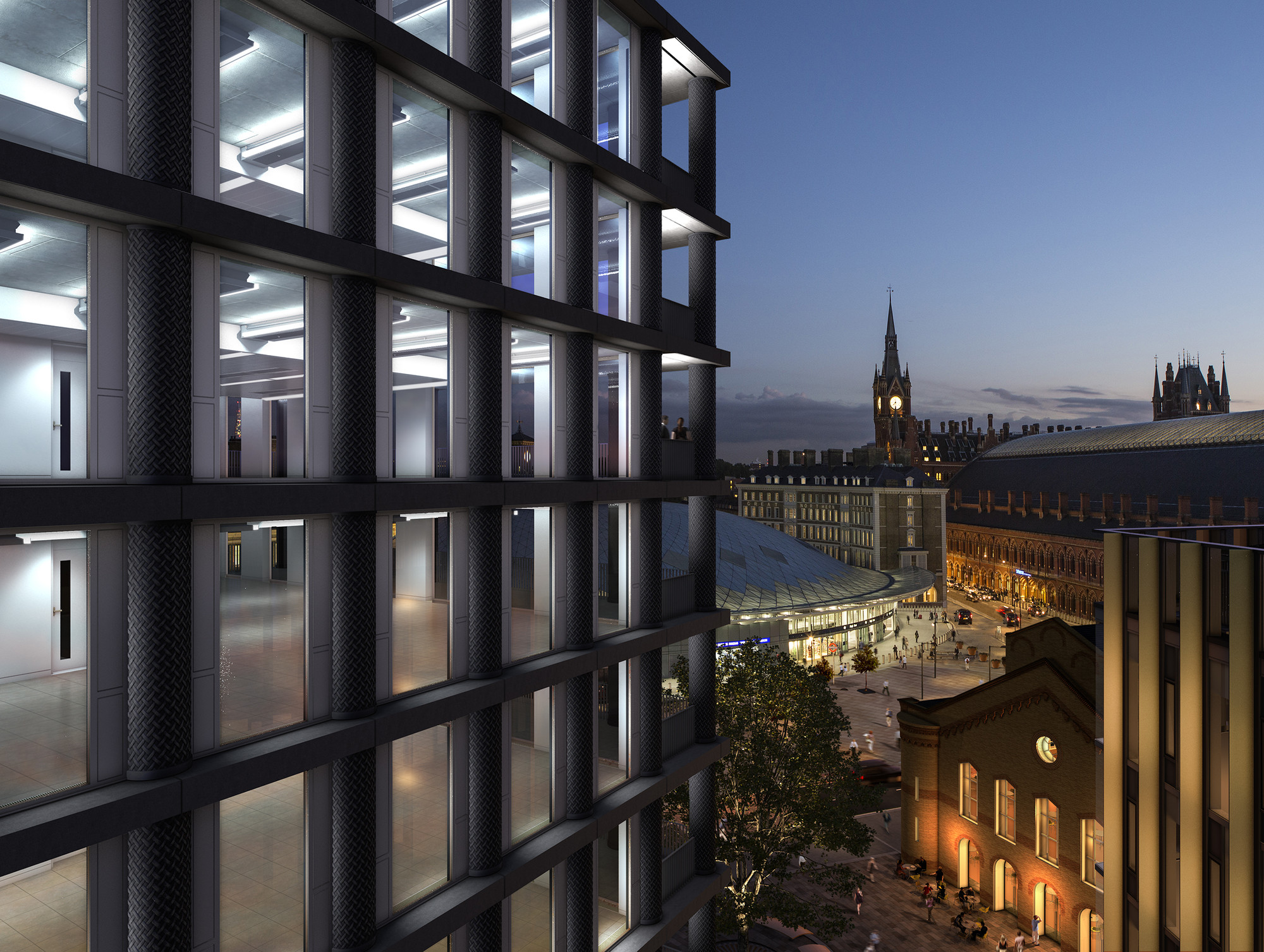