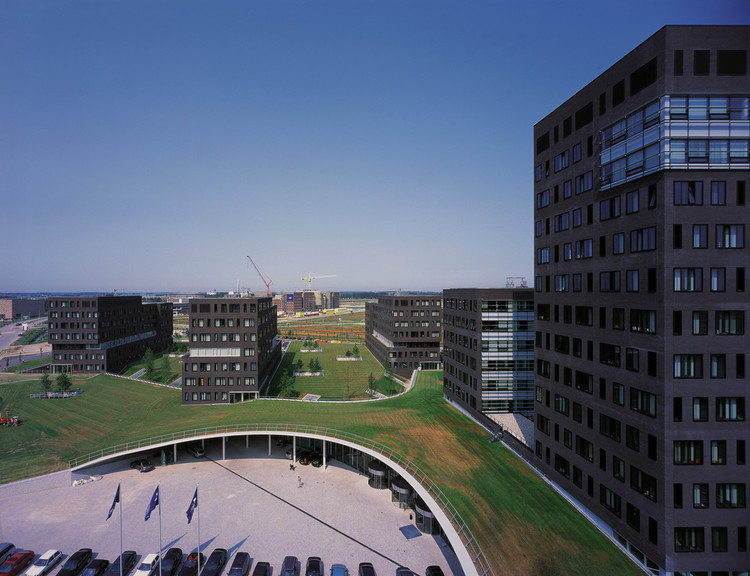 Text description provided by the architects. The new head office of Cap Gemini Ernst & Young has recently been realized in Utrecht's new office district Papendorp, on the west side of the Amsterdam-Rhine Canal. The centrepiece is the majestic Plaza, the central hall that forms the connection between the five separate buildings. The concave ceilings and flared columns afford the plaza the spatial image of a cathedral. An undulating parkland has been folded over the top of this central square to connect the existing contours of the immediate surroundings.

This new landscape, which also covers the car park, has spacious patio's which accommodate the individual entrances to the offices and car park. Additional cuts into the landscape provide the plaza with daylight and vistas. The result is the formation of a central space on the original polder level around which all the buildings are situated.

The main building is the largest and most central building on the campus. It comprises of a plinth containing the company restaurant and two office towers above. Special areas in these buildings are accentuated by large glass surfaces in the outer facade. From the top floor of the terraced restaurant, huge glass fronts offer a panoramic view of the new landscape and the Amsterdam-Rhine Canal.

The conference center occupies a special position within the complex due to its programme, comprising a foyer, an auditorium, nine conference halls, meeting rooms and offices. The horizontally organized chain of functions shapes the total building with each individual function being characterized by the subtle material variations in the facades.

The remaining three office buildings of the complex, North, Middle and South, are designed entirely in brickwork. These buildings owe their sculptural form to the combination of different depths of offices within one and the same building.

Another key starting point for the design of the complex was sustainability through flexibility: the buildings can in the future be leased separately to a number of users without alterations being required. 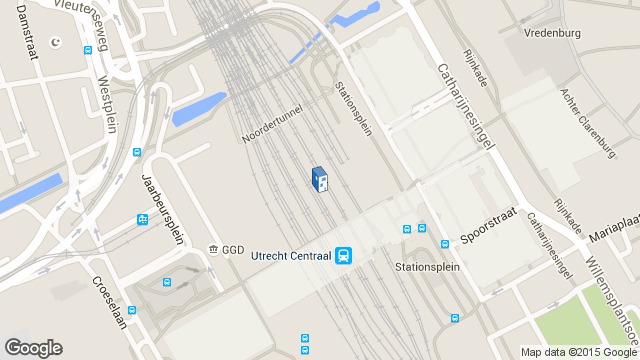 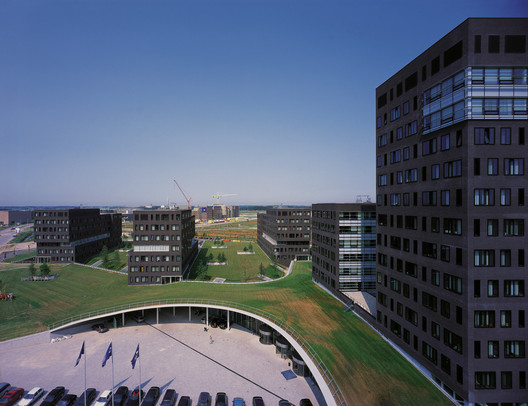