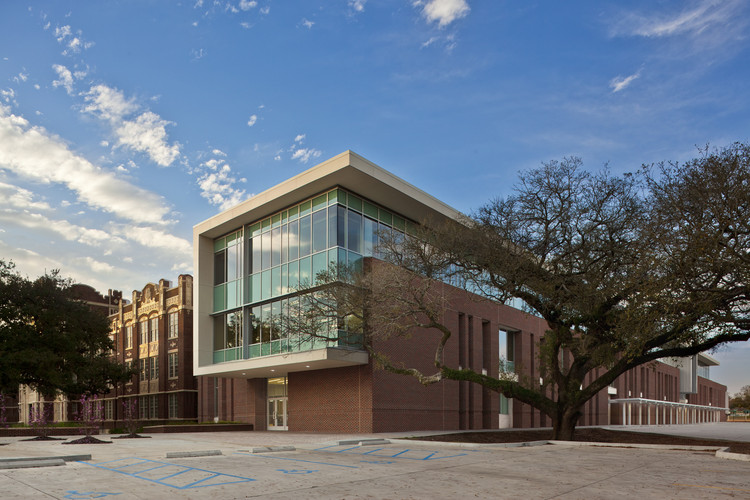 Text description provided by the architects. After a successful effort to save the crumbling Baton Rouge High School building from certain demolition, the architects were served a set of seemingly incompatible mandates. The first directive was to preserve the original 1927 structure with minimal visual alterations. The second requirement was to expand the campus from about 100,000 sf to 300,000 sf. The third was to preserve and maintain the large, oak-filled front lawn between the original building and street. Clearly, to triple the size of the facilities within a small, landlocked campus would be difficult even without the scrutiny of a passionate and very vocal group of alumni and concerned citizens.

The solution grew from a practical need to consolidate the campus in order to fit the requirements within the limited available area, while arranging the spaces in a way that would enhance the magnet school’s established reputation for excellence in the visual and performing arts.

The centerpiece of the original campus was a spectacular, 1,300 seat theatre. Behind this space, however, was a service drive that bisected the campus and produced constant conflict between vehicles and pedestrians. In keeping with the theme of enhancing the visual and performing arts programs, the previous drive was replaced by a new outdoor stage that cleverly shares the backstage of the existing theatre, and the surrounding space is now a courtyard ringed by the original building to the south, and new structures to the north, east and west. Axial openings located on each side focus on the new stage, the physical and figurative heart of the new campus.

The architectural language of the new additions was derived from a careful analysis of massing, proportions, materials, and color of the historic structure. Formulas derived through this analysis were sensitively applied to create a thoroughly modern, yet respectful aesthetic. The resulting balancing act has received overwhelmingly positive response from the entire community. 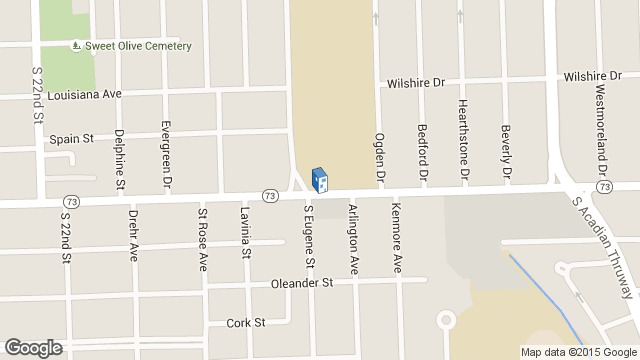