Highly regarded as both an academician and practitioner, Wolf Prix is an architect’s architect. And he’s a Guinness World Record holder! (The Busan Cinema Center boasts the world’s longest cantilever roof). We sat down with the Austrian architect and learned that not only does he welcome the unforeseeable results of rule-breaking, but he also borrows models of strategy and organization from soccer:

"Of course nowadays the architect as a single genius is over. I think we have to learn how to communicate and work in a team. Therefore, I just rearranged the organization of our office along the idea of the football team, FC Barcelona. Barcelona plays a beautiful game, very clever and very intelligent—they always play in a triangle system and then Messi or Xavi breaks the rules and plays street football with unforeseeable rules. This is the way we work in our office and this is the way that we design."

He founded COOP HIMMELB(L)AU in 1968 (with Helmut Swiczinsky) and in 1980 the office published “Architecture Must Burn!” a manifesto which extolled the virtues of an architecture “that bleeds, exhausts, that turns and even breaks.” From its inception the office has pushed the boundaries of practice through its use of complex forms, communicated using a variety of media and materials. Their projects represent an embrace of imbalance, disquiet, distortion, fragmentation and chaos.

The title of one of his latest lectures (“In two days tomorrow will be yesterday”) aptly encapsulates Prix’s approach to time and space.

He gained international recognition when his firm’s work was featured in the 1988 MoMA show “Deconstructivist Architecture.” The show marked what curator Philip Johnson described as the “pleasures of unease” and highlighted the work of six other architects in addition to COOP HIMMELB(L)AU— Zaha Hadid, Rem Koolhaas, Frank Gehry, Peter Eisenmann, Bernard Tschumi and Daniel Libeskind. The curators brought together this diverse group of architects to showcase the commonalities between projects that harnessed previously unexplored potentials of the modern movement.

"We always wanted to get through with our radical ideas. No compromising on one hand; on the other hand, if you build large projects you have to think in real terms as well." 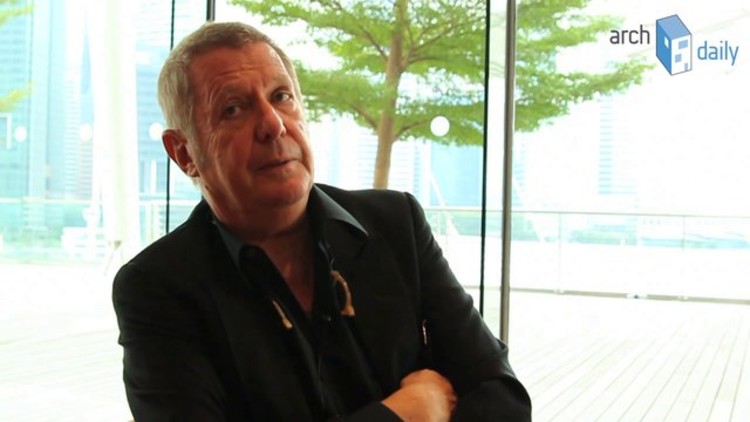