DS+R (Diller Scofidio + Renfro) is one of the most acclaimed architecture practices of these days. The firm was started by Elizabeth Diller and Ricardo Scofidio back in 1979, and were later joined by Charles Renfro as a partner in 2004.

In the past years the firm has been involved in several cultural projects, including the Blur Building at the Swiss Expo 2002, the Institute of Contemporary Art in Boston, the Julliard School, the Alice Tully Hall and the Hypar Pavilion at the Lincoln Center in New York and the Center for the Creative Arts at Brown University. They are also currently working on the Art Museum and Pacific Film Archive in Berkeley, the Broad Museum in Los Angeles, the Museum of Image & Audio in Rio de Janeiro, the Columbia Medical Building and Business School in New York... and the list just keeps growing.

But for sure one of their most important projects has been The Highline, together with James Corner / Field Operations. This urban regeneration project that has not only changed Manhattan, but has also inspired cities around the world to understand their hidden value. This project is currently on its third stage, which includes a multi-use venue designed by DS+R, the Culture Shed.

In all these projects, there is a common denominator between private/public space relationships, as discussed with Charles Renfro on this interview. On this conversation you will also understand a very important part of the firm's work that is very hard to transmit in traditional architecture media, and even on the web: the experience. The art and performance projects that the firm has been doing since its beginning has added a particular layer to their built work. After you see their installations, the effect they want to create on people, and then go back to their built projects, you start to see them as a series of situations where users are not static, but part of this performance.

Take for example the sunken auditorium at the Highline, a place that is meant to be seen by the cars driving below, who get a glimpse of the active urban life above. Or the hanging media center at the ICA, that uses the sea as a facade. Or The Art of Scent exhibit at the MAD Museum, where they exhibit the intangible. Or at the Blur Building, how do you enter into a cloud.

DS+R's work is very clear and bold at a first glance, but with many underlaying moments and situations, that reflect the careful design of each project.

Thanks to UNIACC Architecture School for making this interview possible. Projects by DS+R at ArchDaily: 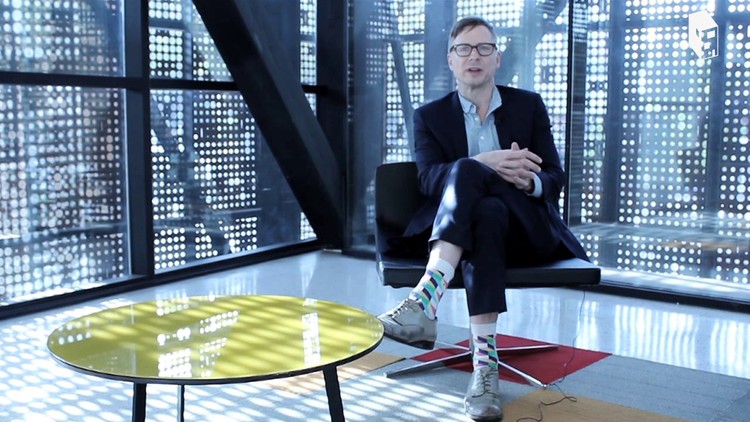