Save
The New 'Context' in Architecture: Learning From Lebanon
Share
Or
Copy 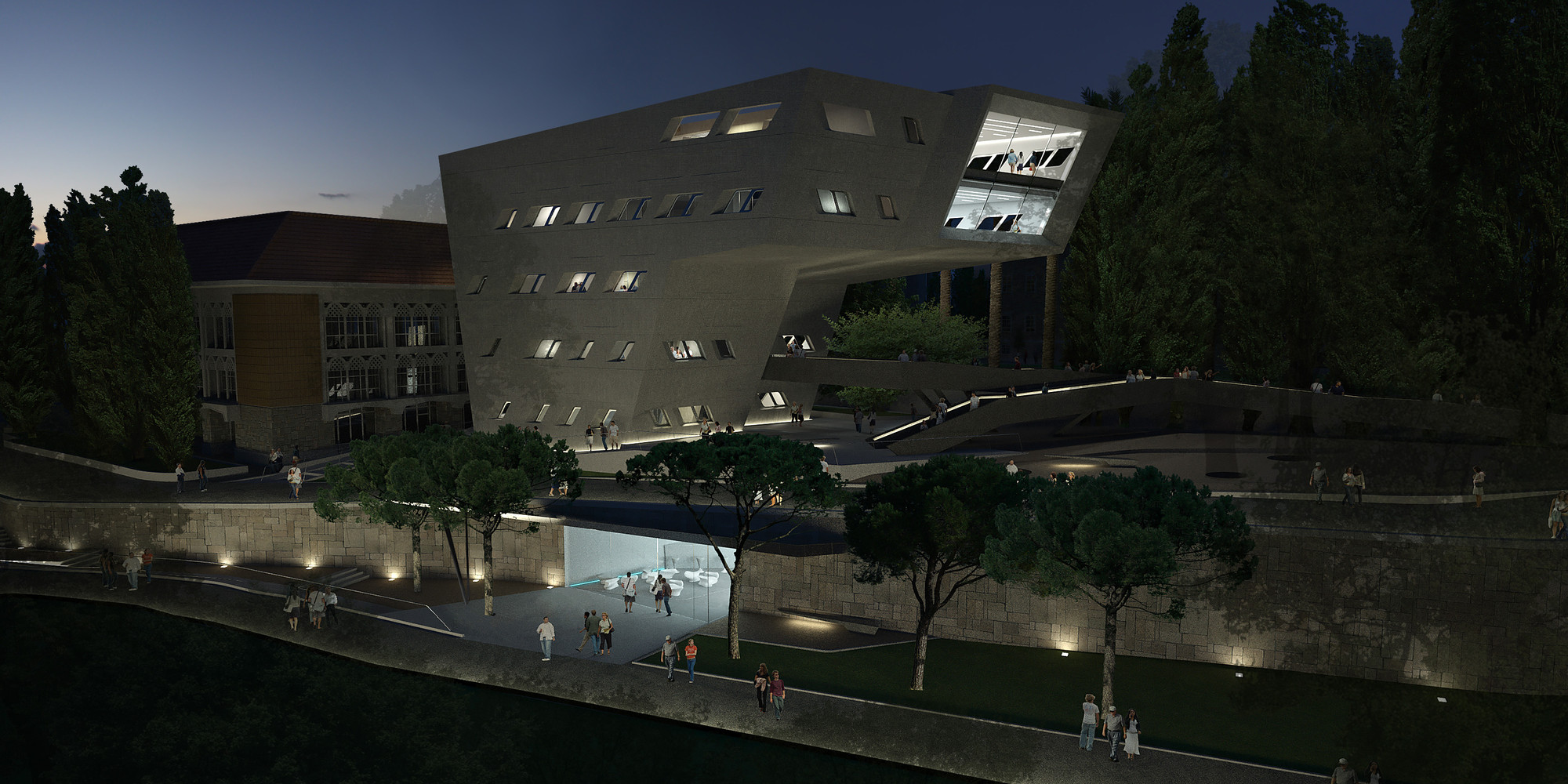 Zaha Hadid’s design for the Issam Faris Institute at the American University of Beirut’s historic campus in Lebanon is a project often criticized for its obtrusive form in a sensitive surrounding. However, looking deeper, one cannot but notice the admirable decisions taken in the development of the project, which offer a bold way to address the almost dramatic lack of green public space in Lebanon – specifically Beirut.

First and foremost, the proposal offers access to a large, previously disconnected forest area of the campus both from within the building and from the street. While this decision pays respect to the inhabitants of both the building and campus, its more significant impact is on a larger scale. The message is simple: if there is a batch of greenery, allow people to get there with ease.

The difficulty of pedestrian navigation in Beirut is also tackled through the project. Zaha Hadid Architects placed ramps that connect different topographic levels and the different floors of the building, diminishing disconnections between elevations in the site, thus improving accessibility. The ramps, dedicated to walkers, come as a strong response to the local situation, where citizens often find themselves battling with cars and street shops for a place to walk.

Like the Issam Faris Institute, the Lebanese American University’s campus in Byblos similarly addressed the need to preserve green space for this rapidly urbanizing region. In 1991, Samir Khairallah and Partners was invited to design a six-building campus on a steep hill ranging in elevation from 200 to almost 500 meters above sea level. The architects decided to allocate the entire campus in a cluster flanking a main pedestrian street, a decision that honestly and directly presented the least damage to the existing greenery.

Samir Khairallah and Partners took on the different levels of topography in the site by linking the campus from within the buildings themselves. Every building can be accessed at two levels, some at up to four different levels, allowing the inhabitants to surpass the topography when possible, but also strongly linking the project to the hill it sits within. Even the central street exists on three different levels that move with the surrounding topography. The architects offered nature their respect in such a way that allowed for the easy, practical circulation of faculty and students.

The Saint Joseph University's Campus of Sports and Innovation

Unlike the two previous examples, the Saint Joseph Campus of Innovation and Sports sits in a rather dense quarter of Beirut. The designers, Youssef Tohmé and 109 Architects , designed the project as six separate structures surrounding a well defined open communal space. This space is placed in such a way that it cannot be built over or used as parking space – a common destiny of such spaces in Beirut. In fact it serves as a strong core to the project, providing direct access to the roof landscape, a back drop to the main theater, and a passage between the six independent structures.

This entire configuration is derived from the simple decision of locating the outdoor space as a central courtyard, a direct response to the complex local problem of public space, while the roof garden addresses the same issue in a different situation. The project sits awkwardly in its surroundings, paying very little attention to the buildings and voids that engulf it, but it speaks to ideas that could be a source of change for the city.

These three projects dig into the very structure of their settings, addressing less obvious but more imposing problems in blunt and practical ways. Their gestures bring the negotiation with context to an unprecedented level of rationality. In light of the aggressive urbanization the world is undergoing, the time has come to get past appearances and focus on how architecture works with its place. After all, as long as the architecture serves the people within their local context, should we really care if it sits timidly next to an ancient building or not?