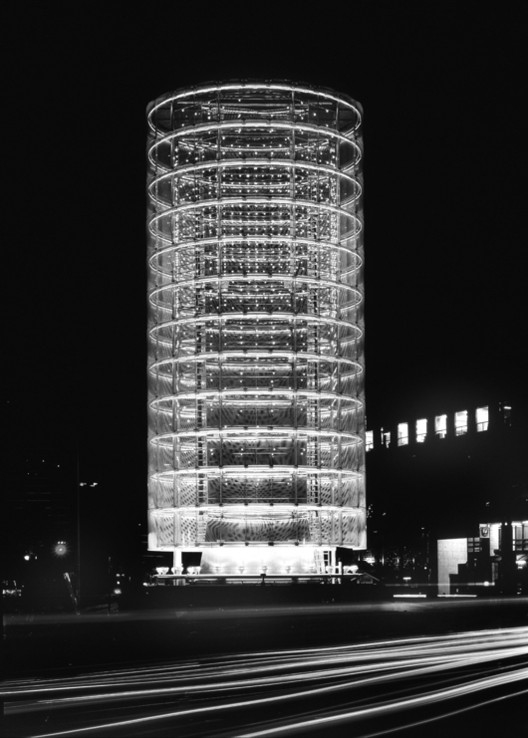 The Tower of Winds is a project largely indicative of Toyo Ito's approach to architecture, particularly his belief in the importance of technology and its vital role in the future of architecture. The project not only embraces technology and involves it in a dialogue with the city, but also establishes a direct symbolic relationship between nature and the installation.

By day the tower, clad in perforated aluminum panels, reflects the city through the reflective surfaces covering the steel core. The project is rather humble, literally reflecting the city through the complexity of its material. Come night time, the Tower of Winds takes a more pro-active role, translating sound and wind into light through two computers sensing the varying wind and noise levels and accordingly powering 1300 lamps, 12 neon rings, and 30 flood lights at its base.

The tower is constantly transforming, its small lamps changing colors according the surrounding sounds and its neon rings rippling according to the winds of the city. As a result there is no pattern since the display of light is a direct representation of the environment, portrayed on a 21 meter high cylindrical surface.

The project sits as a technological sculpture, welcoming travelers arriving at the rail way station of Yokohama, and oddly enough housing water tanks serving air conditioning machinery for an underground mall that it sits atop. Toyo Ito creates an infinite relationship between technology, architecture, the city, and its inhabitants emphasizing the profound impact of the city on the human race and the crucial role of technology in architecture.

Toyo Ito was awarded the 1987 Edwin Guth Memorial Award of Excellence from America's Illumination Engineering Society for this project, which is credited for its tribute to cosmopolitanism. Ito was awarded the project upon winning a competition in which his success is attributed to the ability to convert a purely technical structure into an iconic landmark for the city. 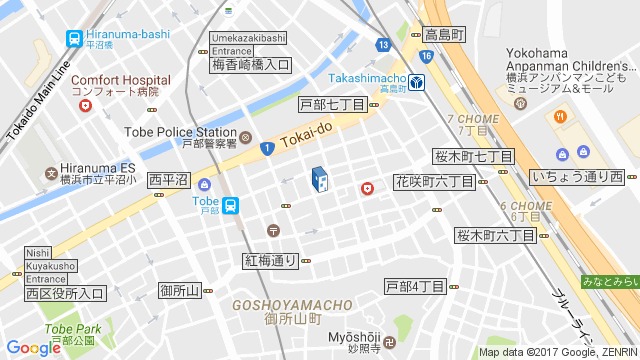 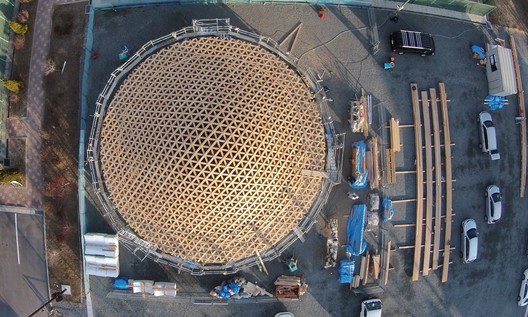