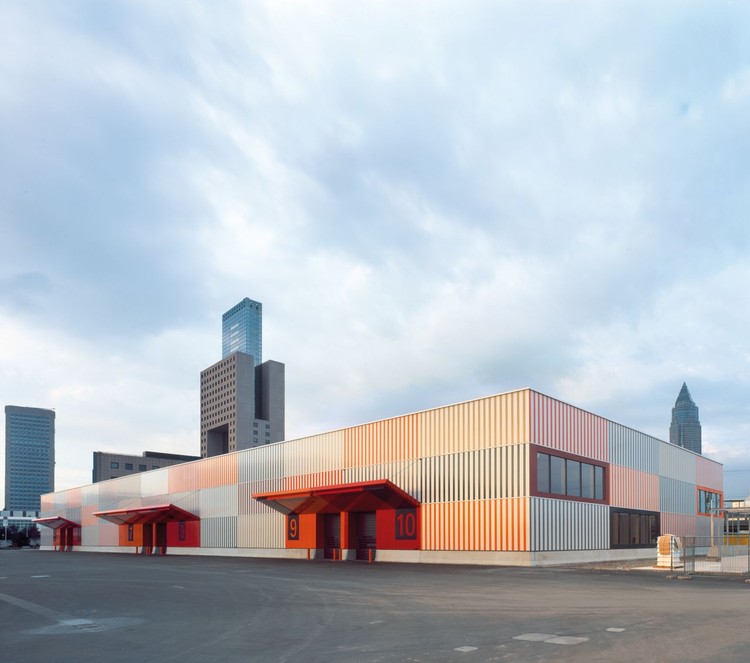 Text description provided by the architects. The new Cargo Center is located in the extension area of the Frankfurt exhibition grounds and serves as the central goods receiving and distribution department on the exhibitions grounds. It consists of a 5600 m2 large hall with an attached administration building for the freight forwarders with an effective area of 2300 m2.

The objective was to establish a new Cargo Center on minimal space in order to keep the rentable outside area at a maximum. Therefore, the Cargo Center has been positioned as closely to the railway embankment in the East as possible.

The Cargo Center fits into the large scale of the majority of the Frankfurt exhibition buildings. The facade design clearly indicates the use of the building. Also the orientation and shape of the building achieve this purpose. The representative side of the hall is orientated towards the open space. Its striking gates and a “container” facade demarcate it as a cargo hall. The office building on the Eastern edge of the hall is designed as a 4-storey building bridging the lorry access platform on a lower level enabling the lorries to be loaded and unloaded at ground level.

Construction. The shell of the Cargo Center consists of a prefabricated construction made of timber and concrete and a timber roof construction, which consists of 2m high layer-laminated wooden trusses with a span of 21m. The roof made of trapezoidal sheet metal is covered with extensive greening, and was designed for the installation of a large-scale solar energy system.

Façade. The hall consists of a highly insulated modular facade system, which plays with two different profil widths. The 30cm wide sheet panels in Grey-White are combined with 20cm wide elements in seven other colour shades. The friendly shades in Grey and Red give the facade a light-weight impression, which harmoniously blends in with the existing surrounding. The slim facade treads in different colours are distributed over three horizontal stripes positioned on top of each other, which fosters the association of stapled containers. The shell of the office tract consists of prefabricated concrete elements with filigree ceilings. 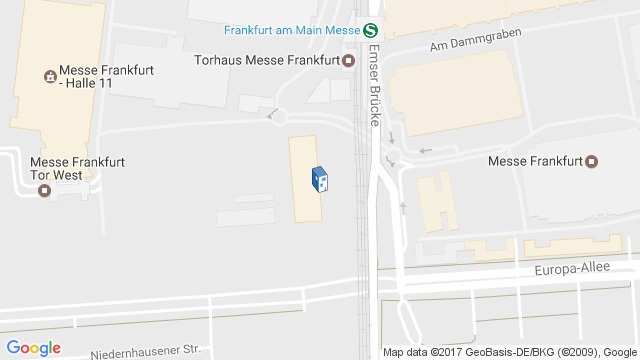