As one of the key figures of midcentury Modernism and perhaps Finland's most celebrated architect, Alvar Aalto (3 February 1898 – 11 May 1976) was known for his humanistic approach to Modernism. For his characteristically Finnish take on architecture, Aalto has become a key reference point for architecture in the Nordic countries, and his commitment to creating a total work of art left many examples of his design genius not only in buildings but also in their interior features, including furniture, lamps, and glassware design. 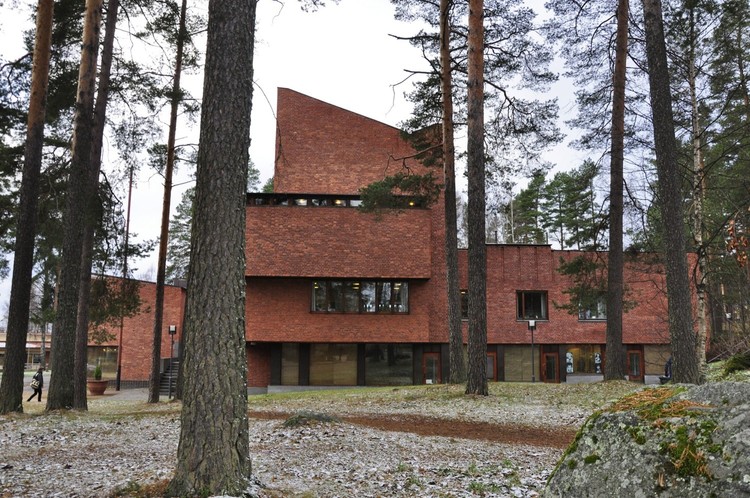 Aalto was born in Alajärvi in central Finland and raised for most of his young life in Jyväskylä. After completing his studies at the Helsinki University of Technology, in 1923 he founded his own practice (named "Alvar Aalto, Architect and Monumental Artist") in Jyväskylä. His early works were characteristic examples of Nordic Classicism, but when Aalto married fellow architect Aino Marsio, the pair took their honeymoon in southern Europe where they became more familiar with the work of their Modernist contemporaries.

By the early 1930s, this modernist influence found its way into Aalto's own architecture, with projects such as the Paimio Sanatorium and Viipuri Library making up what is usually referred to as Aalto's "Functionalist Period." However, even at this stage of his career, Aalto's design "consistently displays a calculated tendency to depart from pure functionalism" with elements that were more regionally specific. As a result, by the end of the 1930s Aalto's work had evolved into a more synthetic and personal Modernism. He became one of the first and most influential architects of the Nordic modern movement, laying the foundation for the focus on materiality and the phenomenological approach that can often be seen in architects from the region.

Many of Aalto's greatest works were public buildings, including libraries, town halls and churches, and his Säynätsalo Town Hall is regarded as a masterclass in multipurpose civic architecture for a small town. Due to his more regionally-specific style, Aalto did not work internationally as much as contemporaries like Le Corbusier and Mies van der Rohe, and most of his buildings were completed in Finland and surrounding North European countries. However he did still complete a number of significant projects abroad, perhaps most notably MIT's Baker House Dormitory in the United States.

Despite his relative disconnectedness from the rest of the Modernist movement, Aalto's reputation was sealed in 1941, when his work was prominently featured in architectural critic Sigfried Giedion's seminal survey of modernist architecture Space, Time and Architecture. However, his inclusion in the Modernist canon was not without controversy; in their 1976 book Architettura contemporanea, Manfredo Tafuri and Francesco Dal Co argued that his works' "historical significance has perhaps been rather exaggerated," and that they were little more than "masterful distractions, not subject to reproduction outside the remote reality in which they have their roots." A more nuanced view of Aalto's architecture emerged in Kenneth Frampton's 1983 essay Towards a Critical Regionalism, in which Aalto's Säynätsalo Town Hall is cited as an example of architecture that resists the homogenization of Modernism. In its tactility, writes Frampton, it "endeavors to balance the priority accorded to the image, and to counter the Western tendency to interpret the environment in exclusively perspectival terms."

Check out all of Alvar Aalto's classic works featured on ArchDaily via the thumbnails below, with further coverage below those: 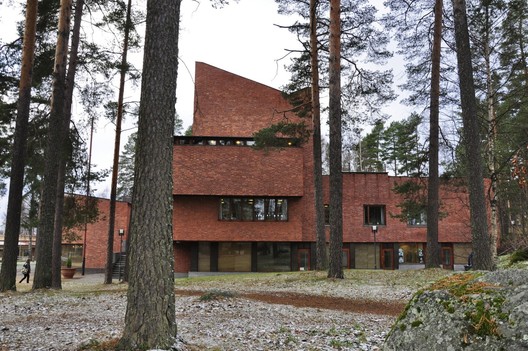