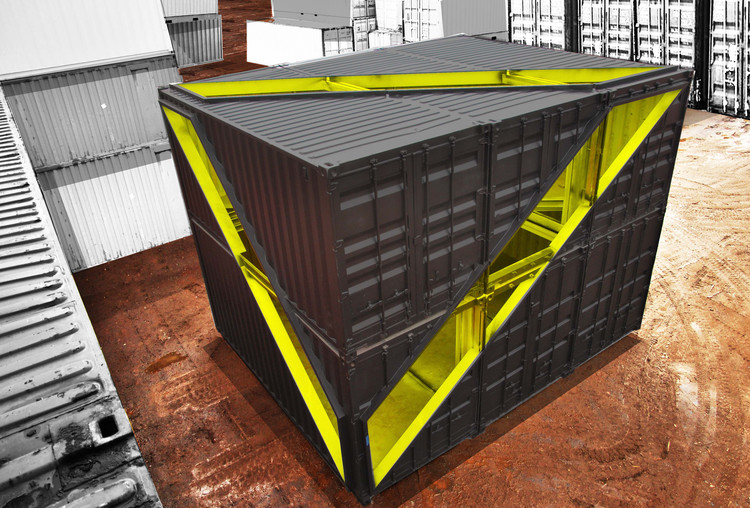 LOT-EK was commissioned to design a new art studio space for the Whitney Museum of American Art. The completed Whitney Studio houses activities for the museum’s education program, including art-making classes and informal lectures, and will also function as a gallery for special exhibitions.

In preparation for its move to a new building downtown, the Whitney Museum divested real estate near the current Madison Avenue location, which created a need for educational space. Wanting to keep these activities in synergistic proximity, the museum’s education department asked LOT-EK to design a structure to fit within its moat.

The concept employs 6 steel shipping containers stacked on two levels to form a concise, minimalist cube. The ultra-modern structure, placed on the south side of the entry bridge, both complements and contrasts with the museum's concrete Marcel Breuer building.  The volume is sheared by two bright diagonal planes that create a continuous cut – and visual break – which runs along the sides up to the roof, creating a skylight. The design of the windows also engage the museum’s entrance bridge, its lobby, and its lower level restaurant, by allowing visitors to observe the activities going on inside.  The gallery-like white interior provides an open, double- height space, including a triangular mezzanine for the production and display of art work. The Whitney Studio is announced to pedestrians and drivers traveling along Madison Avenue by its bright yellow exterior corner.

The six 20-foot containers were modified, reinforced and painted at a New Jersey factory. The modules were then transported to the Whitney Museum and carefully craned into the moat one at a time. 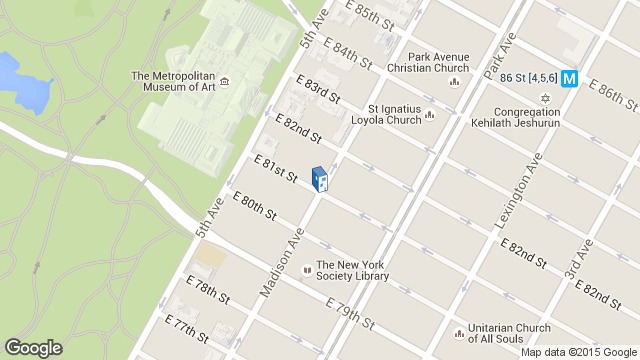 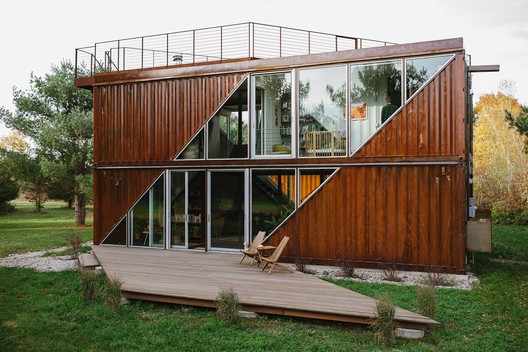 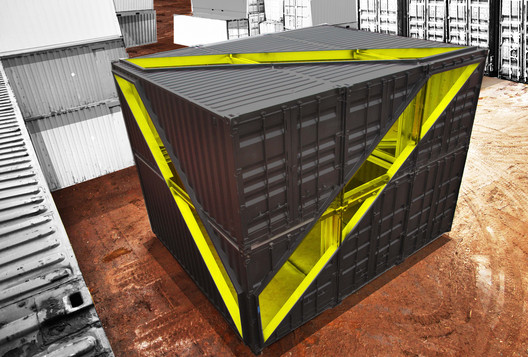