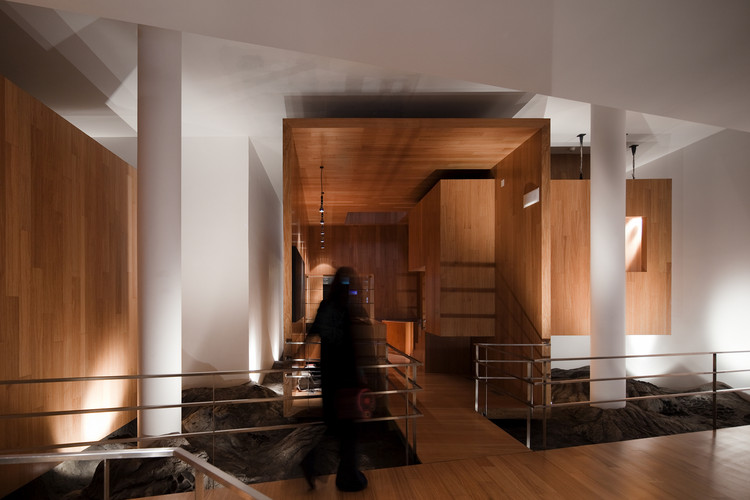 The Past
This project is clearly a story – a story made up of stories of the sea and whale hunting in the Azores; a story of an island – the clear expression of insularity – closely related to the memory of a people and a tradition highly dignified in the past, both in human and professional terms. A story of a Whale Factory in ruins (one of the largest in the Azores), pleading to be more than a long forgotten heritage. Pleading to exist. Or resist…

The Concept
The story of an Environmental Interpretation Centre, from a didactic and pedagogic perspective, aims at showing “in loco” the space and the information associated with the conservation of marine life and the sustainable use of the Atlantic Ocean, the protection of biodiversity, the recovery of the coastal area and the revival of the whale world heritage and culture. The project resides in the conversion and extension of the Whale Factory, with no rivalry or pretension. Its concept and image derive from the old whale oil tank covers transformed into skylights – roof lanterns, which result in a volumetric composition from the outside, and the light/shadow contrasts from the inside. Here, the concept comprises two parts: a set of rooms (temporary and permanent exhibition rooms, video library, auditorium, virtual aquarium, gift shop...) and a floating walkway that links them all.

The Project
This is the story of a project which aims at restoring a building classified as historical heritage. Built underground and surrounded by a thick natural stone wall, the project converted the tanks into exhibition rooms, keeping their original concrete structure, and expanded the intervention area by digging the surrounding soil, creating a spacious place in which light wooden volumes can be seen floating, clearly differentiating the new constructions from the old. All these combination of materials - the concrete oil tanks, the light wooden spaces and the natural stone wall – were designed to create a unifying space that appeals for the senses.

2. the reconstruction of the natural stone wall, following the original design.

3. the composition of new and small wooden volumes.

4. the floating walkway (unifying element) that links all the rooms.

5. the floor in itself a sculpture, imitating the volcanic sea rocks
6. the white-marble entrance, the single contemporary element going through the stone wall.

Ultimately, this is the story of an Environmental Interpretation Centre that was born not from scratch but from the story of a heritage building, a concept, a site. A new building with old stories to tell. This is typically a story that transforms the architectural concept in gesture. After all, spaces acquire their own identity through stories and gestures… 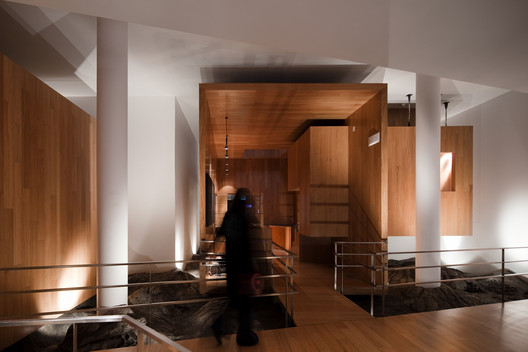