Since 1851, World Fairs have offered glimpses into specific moments in time - giving us insight into what was once innovative, high-tech, and down-right radical. But the structures, the icons of each Fair, don't always stand the test of time - no matter their architectural pedigree. In Flushing Meadows Park, New York, for example, Modernist icon Philip Johnson's 1964 New York State Pavilion now stands neglected, overgrown in ivy. Mies van der Rohe's German Pavilion for the 1929 Barcelona Expo was promptly demolished (although eventually reconstructed).

On the other hand, the Eiffel Tower, although considered "vulgar" in its day (1889), was maintained because its height made it well-suited for emitting radio signals; it's now Paris' most important tourist attraction.

The fate of World Fair Structures is the theme of New York-based photographer, Jade Doskow, who has already shot 19 former World’s Fair sites. Take a peek at Doskow's images and find out how World Fair structures have fared, some better than others, after the break... 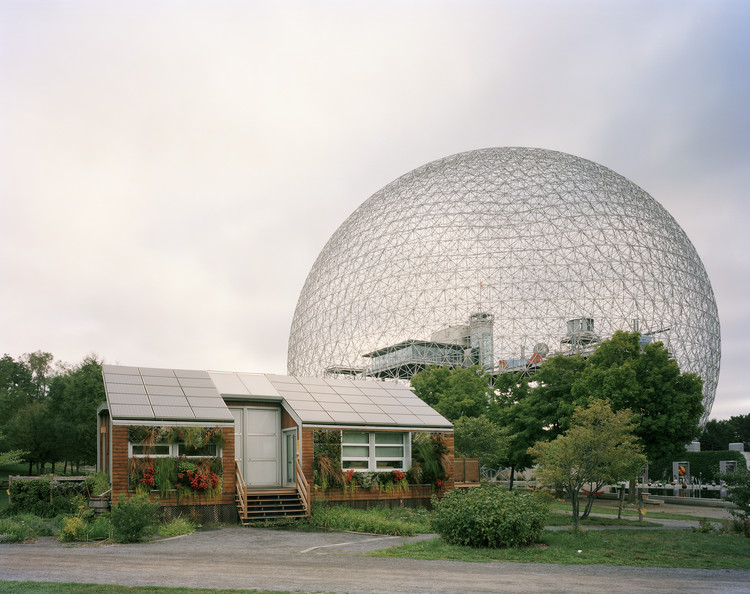 Doskow says in her Artist's statement: "World’s Fairs were unique, spectacular cultural events from which one can glean worldviews that came into and out of vogue, the rise of industrialization, the rise of modernism, architectural trends and progress, and the hopes and dreams of each era...my pictures allude to the complicated goals and dreams of these magnificent events."