It's only been a few weeks since she turned 62 but it's already shaping up to be Zaha Hadid's year. Yesterday, she was announced winner of the Japan National Stadium Competition earlier this week, her latest US project, the Eli & Edythe Broad Museum opened; and the beginning of the month saw much fanfare and frenzy surrounding her extraordinary work in Beijing: Galaxy Soho .
We've already brought you images and video of the project, but the latest images from Hufton + Crow truly allow you to experience Galaxy Soho - in all its curvaceous glory - like never before.Check out all the latest images of Zaha Hadid's Galaxy Soho, after the break... 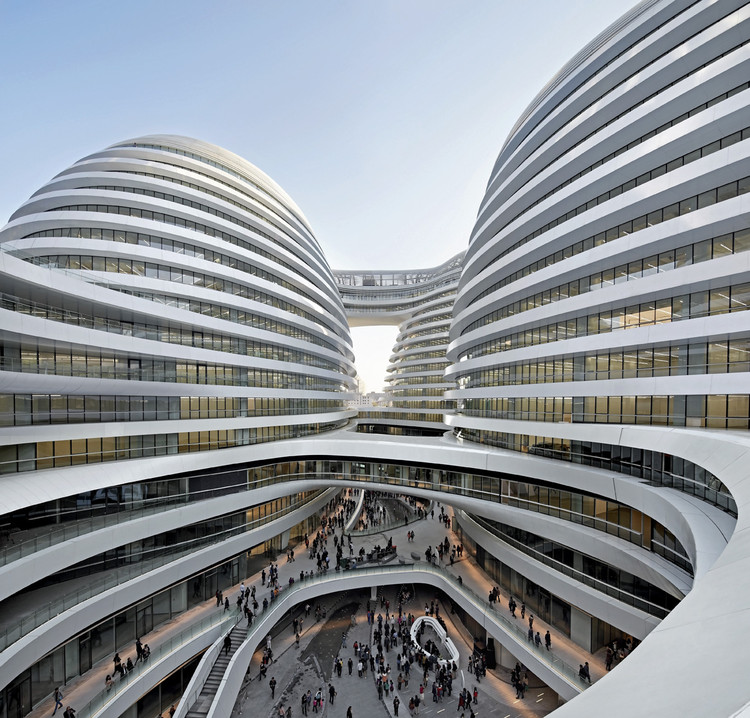