Text description provided by the architects. The extension of the Institut professionnel et technique de Court-Saint-Etienne is enigmatic and refined. We are struck by the shape of the building, designed by A229, and its dialogue with the surrounding area. Besides its environmentally responsible character, it shows that contemporary architecture has a role to playin public architecture.

The provincial school is located along the main Wavre-Nivelles road, where the row of houses is interrupted by a patchwork of larger buildings. The panorama is composed of a provincial administration centre, a robust roughcast school building and what remains of a park with pond overlooked by an eclectic 19th century château. The main part of the technical institute, which is set back from the road, is a long building in the middle of the site. This rectangular structure displays a functional language characteristic of the spirit of the sixties, based on a regular rhythm of light-walled modules. Various annexes built in different phases complement the building. The visual result is dense, composed of unstructured elements in terms of both style and layout.

A229’s project plays with the extension to alter the organisation of the complex. The proposed option is simple and responds to the existing structures. Whereas the main building ends abruptly with a blind gable, a new volume extends it and aligns it with the street, providingaclear frontage facing the park and marking the entrance to the site. The layout of this new volume also means the site is split in two distinct open spaces: a playground on the west side and the visitor entrance, along with the separate entrance for deliveries and the car park on the east side. The shape of the extension makes it look like a translation of the composition of volumes of the initial construction.

In its programme, the aim of the project is to complement the existing school with a sports hall and workshops-classrooms as well as reorganising the kitchen. Grafted onto the existing canteen, the first one-storey volume accommodates the new kitchen, storage spaces, a service lift and an unloading bay. The main volume of the extension is a continuation of the existing structure, and, like it, is two storeys high. It accommodates the practical workshops and the sports hall, which is situated at the front part of the building to benefit from the natural light on three sides. The various spaces are accessible without having to go through the existing building, which ensures the new functions operate independently. There is also a second workshop on the second floor. This looks out ontoaflat roof, which canbe used for practical roofing workshops. This exterior space overhangs the playground and its specific function creates a playful break in the interpretation of the volumes. Responding to a specific programme demand, this suspended patio creates a tension between the extension and the existing uniform structure. The first flooris accessedby external stairs, which go all the way up to the roof.

The design of the façades and the materials of the new construction help subdue the stylistic differences of the adjacent buildings. Like lego, imposing rectangular surfaces in wood and translucent polycarbonate make the building appear like a juxtaposition of distinct boxes, their chromatic pallet harmonising with the original construction. Mysterious, the only signs of the structure’s function are the openwork stairs that give onto the playground at the front and the glazed cut outs in the translucent partitions. The same levelof abstractionis achievedinside. The solid surfaces and the diffuse light together with floorcoverings in concrete guardrail provide the spaces witha great purity.

Constructively, the building uses techniques and materials appropriated from industrial architecture. The use of béton brut, cement screed and polycarbonate keep the constructions costs downtoaminimumandgive character to the work. The externalisation of the exterior traffic maximises the available 8 9 area and reduces maintenance costs. The work also minimises energy consumption by the use of high-performance polycarbonate, cladding from local timber, insulation and use of a heating system based on heat pumps and geothermal probes, achieving an energy rating of 20. A mimic panel in the playground keeps students informed about the school’s energy consumption in real time, part of the institution’s educational project, which includesa ‘special techniques’ section.

The large number of commissions for renovating and building new schools today, due to the concentration of populations in cities and the obsolescence of schools that were often built in the sixties, forces us to rethink the function of schools based on how education and society has changed.

The result of a public tender, the project is a successful example of responsible architecture in terms of energy consumption contrasting with the image of the traditional austere and purely functionalist school. The work illustrates the architectural potential of school architecture and public contracts. In the way it operates and the various functions it accommodates, the building creates high-quality spaces for learning, generating multiple spatial experiences. Through its form and clean language, it clarifies the organisation of the site and provides a strong image for the institute. 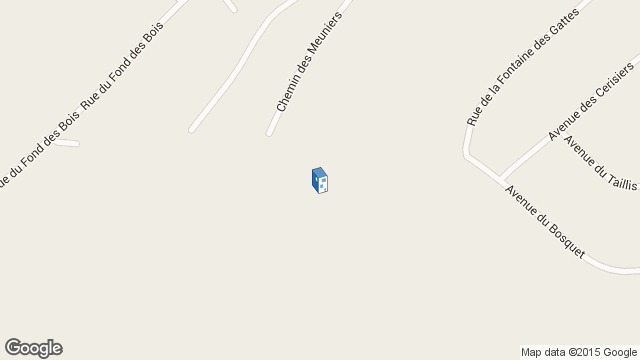