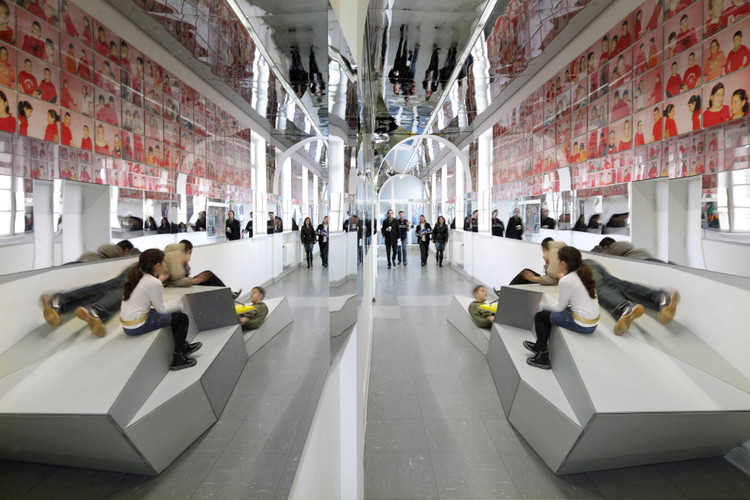 Text description provided by the architects. The Baupiloten are a group of students at the Institute for Architecture within the Berlin Technical University’s Department for Planning, Construction, and the Environment. Under the leadership of architect Susanne Hofmann AA dipl, the Baupiloten conduct their studies through the realization of actual building measures. The students experience the architectural curriculum as a praxis-oriented ideal and take part in all phases of design and construction.

"The Snuffle of the Silver Dragon"

Following the successful modernization of the Erika-Mann Elementary School in the Utrechter Strasse 25/27 - 13347 Berlin, the Baupiloten have now designed the building's interior for all-day use. With new seating-landscapes and worlds of recreation, the Baupiloten - together with the schoolchildren - expanded upon the concept of a comfortable learning environment to include the school's hallways and classrooms. Until recently, the hallways of the school building (designed by Ludwig Hoffmann in 1915) embodied the sterile and authoritarian educational atmosphere of the early 20th century. In their redesign, the hallways were made to suit modern educational concepts of a "rhythmic" learning atmosphere, thereby serving the current need for communal areas of varied use.

Working together with the Baupiloten in a series of workshops, the students created fantastical and poetic worlds, culminating in the fictive "Snuffle of the Silver Dragon". This was a further development of the "Silver Dragon World" created in the school's hallways in 2003. The "Snuffle of the Silver Dragon", a veil covering the floors and ceilings of the schools 3 upper stories, functions (depending on weather conditions) as a brilliant light filter.

Children as Designers of their Worlds

Beyond the collaborative process, children should be able to form their daily environment - not only suggestively in the form of ideas, but as actual co-designers of their world. In the school's three upper stories, a seating landscape was created in a series of openings contained within the "Snuffle of the Silver Dragon". In these openings, the children can relax upon soft, warm materials. The landscape is composed of five modules: couches, caverns, lairs, pedestals, and tables with fold-out benches. These modules allow the children to test their bodies and find the most comfortable position in which to learn or play, without having to conform to seating norms. The children can communicate via the "Snuffle Beatle", a total of 34 reflectors placed around the building.

The "Snuffle Garden" on the schools second story offers a series of horizontal and sloped surfaces on which the children can lay, sit, or slide. Particles such as the "Wings" and "Fireflower" float inside the "Snuffle of the Silver Dragon". The particles are fold-out chairs and sculptures on which the children sit or retreat into - either together or on their own. Warm rays of light shine into the particles from the ceiling, covering the seats in a golden glow.

The hidden "Dragon's Treasure" is also located on this story. The children decorate its magnetic walls with colorful mosaics that can be changed however they please. On the 3rd story, the "Snuffle of the Silver Dragon" is entangled within the "Kaleidoscope". A gallery of mirrors optically dissolves the geometrical space; the walls and ceilings of the hallway are equipped with highly reflective field of metal panels, penetrated only by a collection of images composed of 270 picture frames. The children decorate the picture collection with their own creations, allowing their images to be endlessly reflected and providing for a constant change in spatial perception.

The "Chill Room", also located on the third story, is a landscape of seating-pedestals covered with foam, tarp, and various textiles. A series of one-meter high "Petals" form a protective island around the pedestals, large enough for two to three children. These protective islands are made of wooden frames and can be individually formed by the children. Thus, the children are able to form their own environment according to their wishes through the manipulation of sound, light, and laminate. 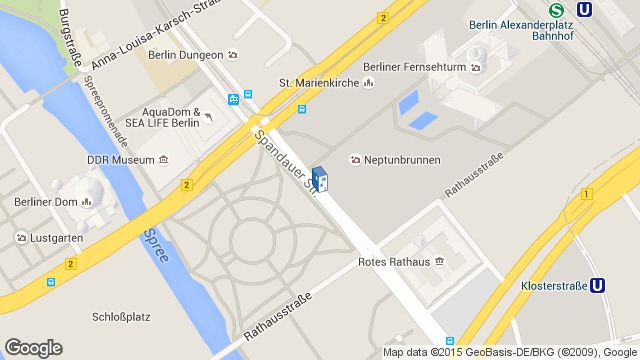 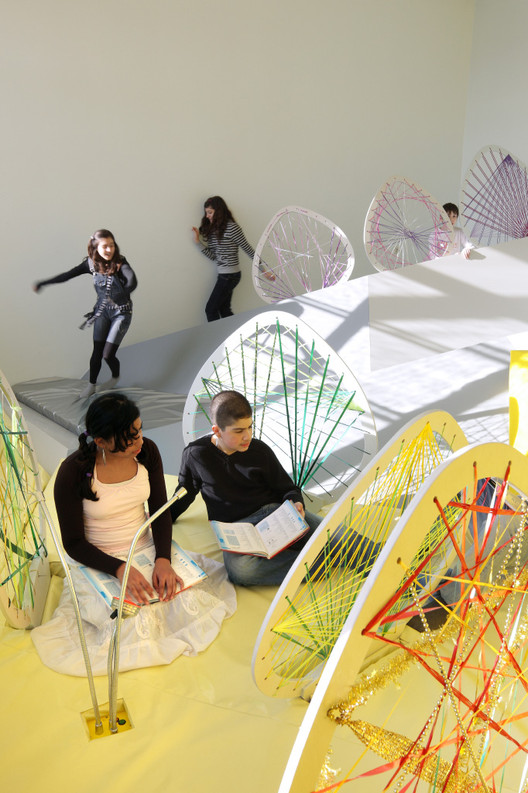 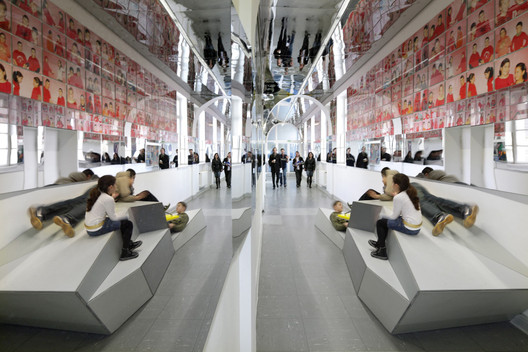