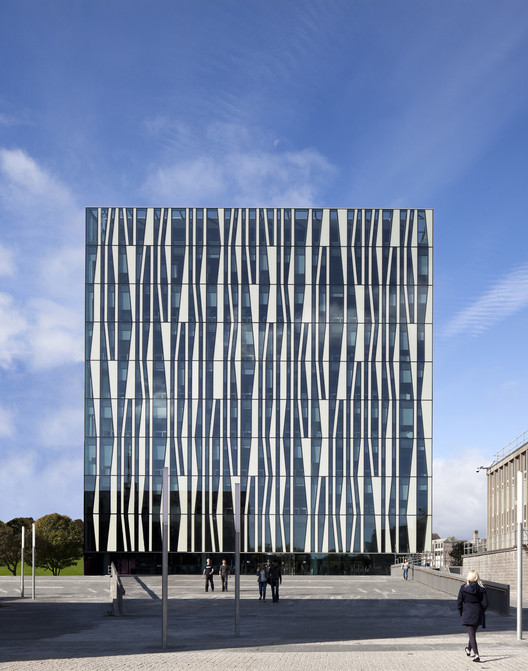 Text description provided by the architects. On September 24th 2012, Her Majesty Queen Elizabeth II of Great Britain marks the official opening of the University of Aberdeen New Library in Scotland. The building, won in an architectural competition in 2005 by schmidt hammer lassen architects, is replacing the University’s former library from 1965 – the Queen Mother Library.

The 15,500 m² new library, which provides a 21st century learning and research environment for students, university staff, visitors and the public, is a positive example of how architecture can make a difference. Since the building was put into service in September 2011, the statistics have shown a significant increase in the use of the library, and more than 700,000 visitors have entered the building this first year of operation.

“The University of Aberdeen New Library functions as a meeting place and a cultural centre for the students of the University as well as the Aberdeen community. The façade of the building shimmers during the day and glows softly at night, creating a luminous landmark – a beacon – for the city of Aberdeen,” said Morten Schmidt, Founding Partner of schmidt hammer lassen architects, and he continued: “The increase in visitors shows that the new library has affected the students’ everyday behaviour. The students come to study in the new library and to be a part of the social community of the University.”

The requirements in the competition brief were to create a magnificent academic library for science and research, which would at the same time be a meeting place engaging the local community.

Chris Banks, University Librarian & Director, Library, Special Collections & Museums, University of Aberdeen, said: “The building is a bold and affirmative statement from the University. It says ‘We mean business’ and it also says ‘you are welcome here’. I love the way in which academics demonstrate their pride in the building: by bringing colleagues from other universities into it and also by bringing along members of their own families. I’m also delighted that the building has attracted so many more students to use the library and the way in which it provides for both social and formal meeting spaces. It has, for the first time, allowed us to truly showcase our very significant special collections.”

The University of Aberdeen was established in 1495, and the University library holds one of the world’s greatest collections of books, some of which date back to the thirteenth century. The architecture of the new building creates an advanced learning environment in which the latest technology adds value to a magnificent collection of over one million books.

Architecturally, the heart of the library is a spiralling atrium connecting all eight storeys, and as a dynamic vortex, this space contrasts the clean cut exterior profile. Furthermore, the building is designed to meet the highest sustainable standards, minimising long term running costs and energy use. The library has been certified BREEAM Excellent. Consisting of an irregular pattern of insulated panels and high performance glazing, the façade not only allows plenty of daylight to penetrate into the building but also offers a great view over the city of Aberdeen.

schmidt hammer lassen architects has an extensive track-record of libraries, from university and national libraries to public libraries. Currently, three libraries are under construction: The largest public library in Scandinavia, called Urban Mediaspace in Aarhus, Denmark, to be finished in 2014, and two libraries in Canada, one in Halifax and another in Edmonton. The most well-known library by schmidt hammer lassen architects is the extension to The Royal Library in Copenhagen, Denmark.

schmidt hammer lassen architects has worked out of London since 2006. Among the most renowned learning environments designed by the architectural practice is City of Westminster College in London, which had its official opening in May this year. 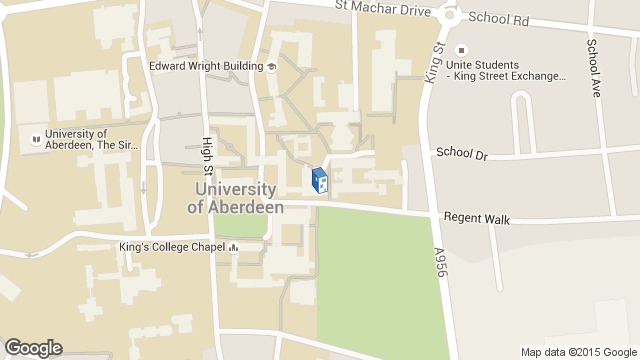