As one of the eldest in a long line of architects that have made Japan one of the most revered countries in architecture, Pritzker-Prize winning architect Kenzō Tange (4 September 1913 – 22 March 2005) helped define Japan’s post-WWII emergence into Modernism. Though he was trained as an architect, Tange was equally as influential as an urban planner giving him significant influence in Japan and around the world at both large and small scales. 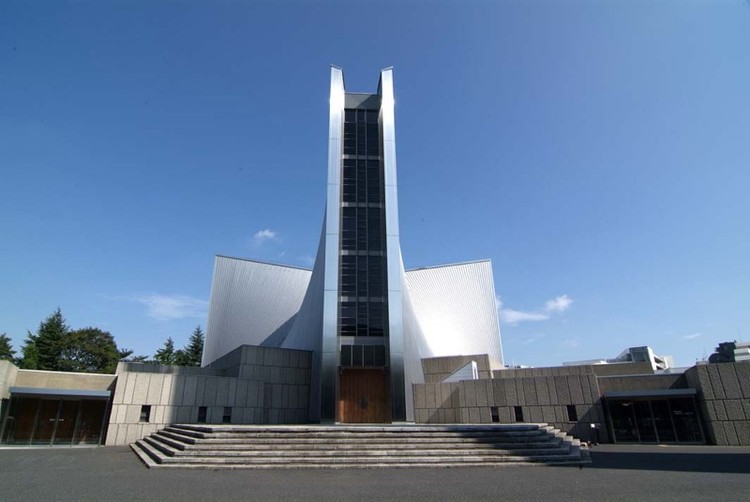 Attending high school in Hiroshima, Tange discovered the works of Le Corbusier in a foreign art journal and subsequently decided to pursue a career in architecture. Due to his poor results in some classes, he spent two years studying for a university entrance exam, during which time he read about Western philosophy; eventually, Tange was admitted to study architecture at the University of Tokyo in 1935.

After World War II, Tange worked as an urban planner, helping to rebuild Hiroshima, and gained international attention in 1949, when his design for the Hiroshima Peace Center and Memorial Park was selected. He also taught at the University of Tokyo, where throughout the 1950s he mentored some of the most significant names in 20th-century Japanese architecture including Kisho Kurokawa, Fumihiko Maki, Sachio Otani and Arata Isozaki.

Tange continued to work in and theorize about Urban Planning throughout the 50s, and attended the final meetings of CIAM in 1951 and 1959. The latter of these meetings included the presentation of designs by Kiyonori Kikutaki, which influenced the thought of the CIAM breakaway group Team 10. A year later, Tange's “Plan for Tokyo 1960,″ a massive unrealized structure spanning across the bay of Tokyo, heavily influenced the Metabolist movement. Tange would go on to strongly support the Metabolist movement—led by Kikutaki and Tange's former students Kurokawa and Maki—most notably as master planner of the 1970 World Expo in Osaka, where Kikutake and Kurokawa designed a number of striking pavilions based on the Metabolist manifesto.

Although his style was modernist, as can be seen in his Yoyogi National Gymnasium and St. Mary Cathedral, Tange was also inspired by Japanese history and culture. He was quoted as saying: "Architecture must have something that appeals to the human heart, but even then, basic forms, spaces and appearances must be logical. Creative work is expressed in our time as a union of technology and humanity. The role of tradition is that of a catalyst, which furthers a chemical reaction, but is no longer detectable in the end result. Tradition can, to be sure, participate in a creation, but it can no longer be creative itself."

Check out all of Kenzō Tange’s works featured on ArchDaily via the thumbnails below, and a video of his projects at the links below those:

References: The Pritzker Prize and Wikipedia 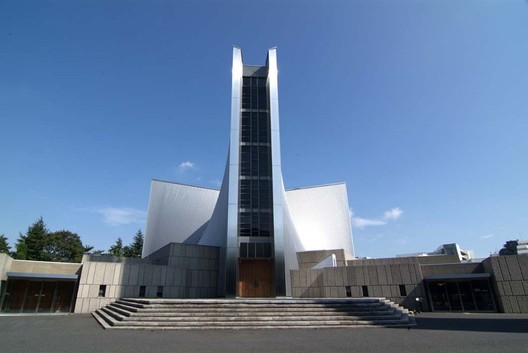