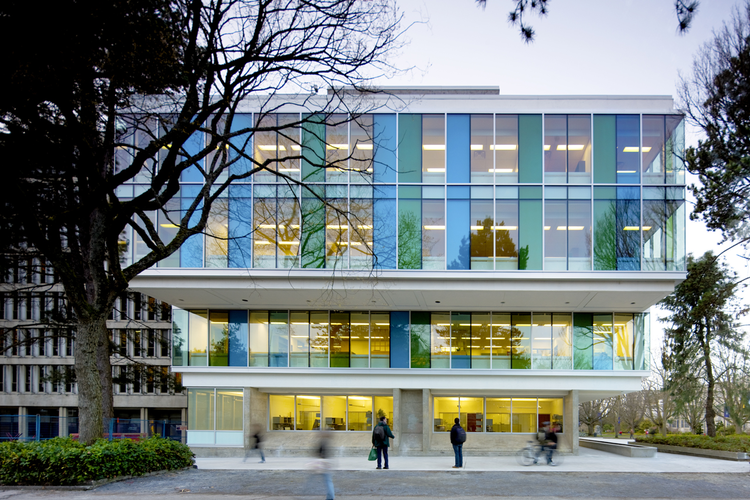 Located at the geographical centre of the University of British Columbia campus, the new $70M Sauder School of Business complex is a composition of four interconnected buildings constructed in 1965, 1975, 1995 and 2010. Today the new state-of-the-art facility includes 216,000 square feet of renewal space, a 55,000 square foot 5 level new addition with a sky-lit atrium, and a 6,500 square foot new conference centre penthouse built on top of the School’s existing administrative tower.

The final phase of the project reinforces the School’s mandate of innovative learning through the inclusion of a wide variety of high tech and state-of-the-art teaching and learning spaces, including flat and tiered classrooms, breakout rooms, meeting rooms, a trading lab, learning commons, graduate student study areas and student lounges. Transparency and lightness experienced throughout the building reaches its pinnacle in the new floor-to-ceiling glazed conference centre penthouse, funded by North America’s ‘Big Four’ accounting firms; Deloitte, Ernst & Young, KPMG and PricewaterhouseCoopers. The penthouse, clad with a varying pattern of clear, translucent and opaque glass panels, acts as a beacon signaling the renewal and rejuvenation of the School.

The dramatic, soaring atrium – that linked the new addition to the existing building during phase one to create a focal circulation spine at the heart of the School – has been further transformed through the installation of a towering, 40-foot high, illuminated portrait of Bill Sauder, for whom the School is named. In addition, a “Builder’s Wall “ consisting of an array of portraits of past and present faculty leaders and innovators, has been fixed to the original classroom block façade of the Henry Angus building in the atrium to recognize important School achievements, since its inception.

To achieve a new, bold, identity for the Sauder School of Business, the old impassive concrete building was wrapped with a new glazed facade that references the rhythm, cadence and pattern language associated with the universal transfer of digital commerce and business information — a barcode. “The rhythm of the existing building structure reminded us of a barcode,” explained Russell Acton, Principal, Acton Ostry Architects. “We used a barcode pattern to spell out ‘Sauder School of Business’ as a base from which to create a new identity for the School.” To enliven the expression, an oscillating pattern of stained blue and green wood panels and coloured glass — the colours of which were inspired from the paintings of BC artists such as B.C. Binning, Gordon Smith and Emily Carr — have been applied to the precast concrete structure of the original building.

To date, the project has been recognized with a 2011 Lieutenant Governor of British Columbia Award in Architecture; 2010 Canadian Interiors Best of Canada Award; 2010 Sustainable Architecture & Building Canadian Green Building Award and a 2010 Vancouver Regional Construction Association Award of Excellence. 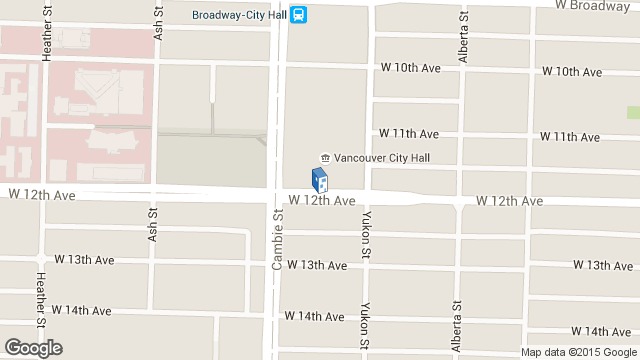 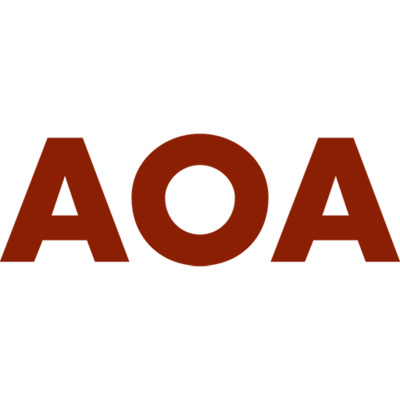