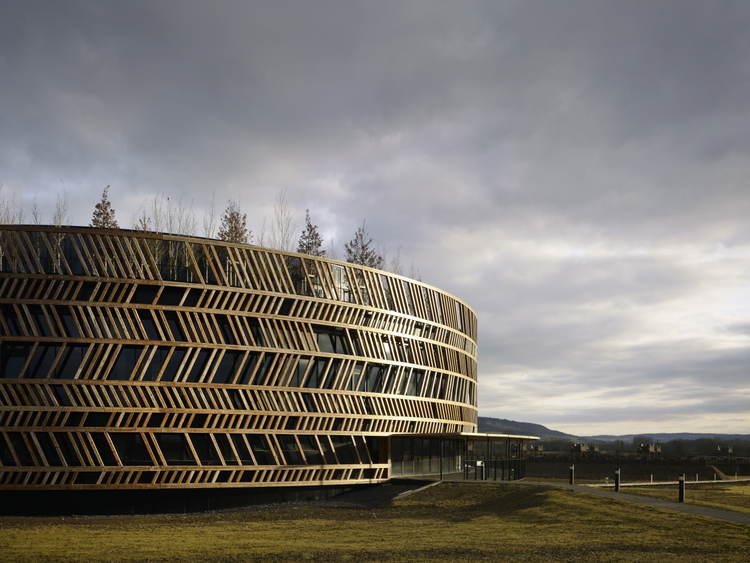 Text description provided by the architects. The project marks an archeological site in central France and commemorates the history of the battle between Julius Cesar and the Gauls in 52 B.C. Although all traces of the battle have been obliterated, the new museum complex recreates battlements and earthworks and provides interpretation for the area, which consists of several sites spread over a valley that contains a small medieval town.

The scheme consists of two separate but related structures. One building is a museum, located at the position of the Gauls during the siege at the top of the hill above the town. A second building is a visitors’ center located at the Roman position in the fi elds below the town. The public client wanted both buildings to appear as non-obtrusive as possible in their respective contexts. The museum is built of stones, similar in look to the town buildings, but with contemporary technology, and is buried partially into the hill so that from above it appears as an extension of the landscape. Visitors may go to the roof to view the surrounding landscape from the position that the Gauls did two thousand years ago.

The interpretative center is built of wood, much as the Roman fortifi cations would have been at the time of the siege. The roof of the building is a garden planted with trees and grass, camoufl aging the presence of the building when seen from the town above. Visitors may look onto reconstructions of the Roman battlements from the roof garden, or stroll down a path to experience the reconstitutions fi rst-hand. A keen awareness of the surrounding landscape as it pertains to the historic battle is integral to the visitors’ experience.

The buildings relate to each other, even though they are separated by almost a kilometer. The context of the site is primarily the natural, verdant landscape of Burgundy and the medieval buildings of the town of Alise-Sainte-Reine. Therefore, the strategy suggested creating two buildings with a simple cylindrical shape and a suffi cient degree of abstraction so that they can be inserted independently into their context and yet provide the 360° panoramic view required by each of the buildings. The envelopes adapt to their surroundings through materials, while the form of the buildings is deemphasized. By pairing the structures, committing to integrating the buildings with the landscape, and a simple round-building typology, the buildings manage to defer to the battle site while fostering a sense of respect and awe through their muted presence.

Giving maximum presence to historical events and respecting the sensitive insertion of buildings into their natural environment responds to the ambition of the project while refl ecting the imperative of “modesty” demanded by archaeologists. To be both visible and invisible is the paradox and challenge of the project. 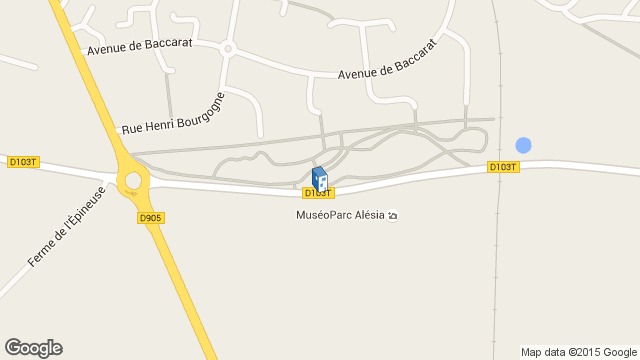