Save
Floriade 2022 proposal for Holland Central / OMA
Share
Or
Copy

OMA has released their 60-hectare master plan proposal for Floriade 2022 – the next occurrence of Europe’s largest horticultural expo that attracts an average of two million international visitors every ten years since it was established in 1960, which is currently open in Venlo. As part of a team that includes the province of South Holland, eight local municipalities and ARCADIS, OMA is helping Holland Central compete against three other cities within the Netherlands to become the next Floriade host. 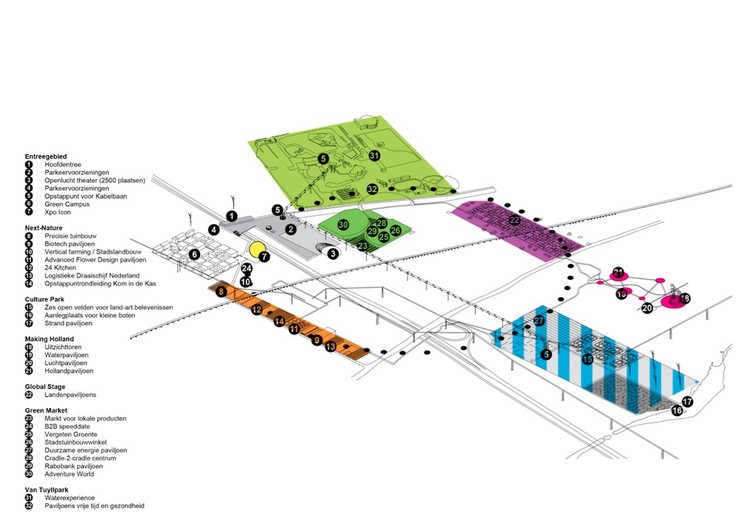 Taking in consideration the five million inhabitants within a 50km radius in the middle of the Randstad, in Zoetermeer, OMA has designed a circular master plan that connects various existing conditions throughout the site. All components are directly related to horticulture and include high-tech green houses, a future agro-innovation campus, an Olympic-grade leisure park and traditional Dutch landscape near the source of the river Rotte, which visitors can explore by bike or by boat.

Will the next Floriade in 2022 take place in Almere, Amsterdam, Groningen or the Boscoop region? We will find out this October when the Nederlandse Tuinbouwraad (NTR) announces the winning bid at the end of the current Floriade. Check out our previous coverage on MVRDV’s proposal for Almere.