Save
Building Rehabilitation In Calcada do Lavra / Jorge Mealha 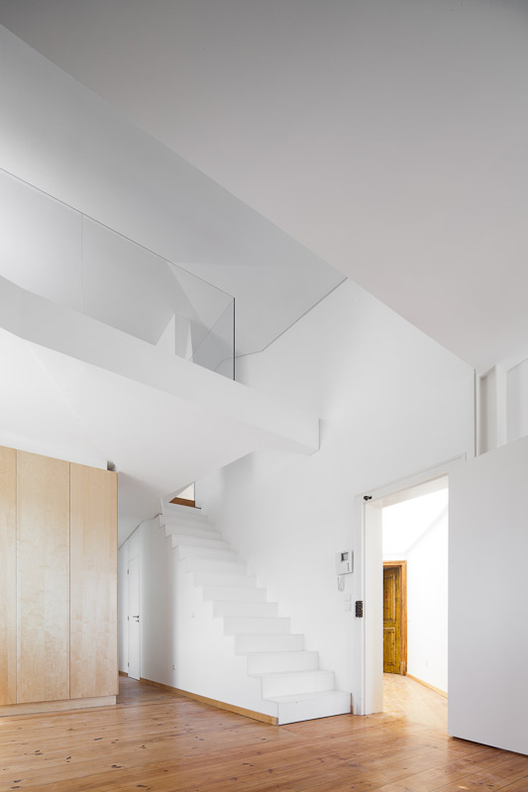 Project concerns the rehabilitation of an old building, presumably built at the end of the XIX century, but that was only registered in 1906. A cost-controlled operation, proposed by the owner, Santa Casa da Miseri córdia de Lisboa, intended to rehab this building that was at risk of collapse.

The project seeks to preserve as much as possible of the original elements of the building - floors and walls - proposing a reformulation of the existing subdivision, which was characterized by having too cramped spaces, resulting in the creation of eight apartments, two of which are duplexe.

Taking advantage of the need for the introduction of a lift, the entrance lobby is redesigned, suggesting a path that bypasses the volume - released from outer walls - required for the placing of this equipment The new design of the atrium that extends its original dimension, emphasizes the perspective on the existent ladder, which is maintained, allowing for a better natural lighting and offering a few scale games and cross perspectives.

Whenever possible, the strategy was to preserve the existing floor - pine wood - assuming the amendments in the areas where due to its degradation it has been replaced The walls and ceilings are plastered and painted white Some elements are finished with stone or birth.

The shutters of the windows were restored and painted white, while maintaining the original Access doors to the apartments are also maintained, leaving marks of previous interventions and wood working as notes of color and texture on the stairs.

The external walls and elements are painted in white in their entirety in order to allow the design of its parts to he read by the incident light throughout the day. 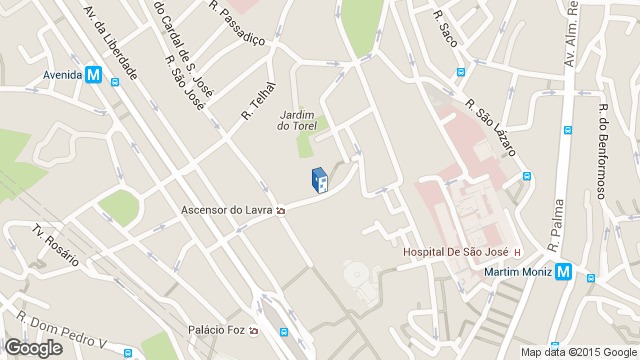