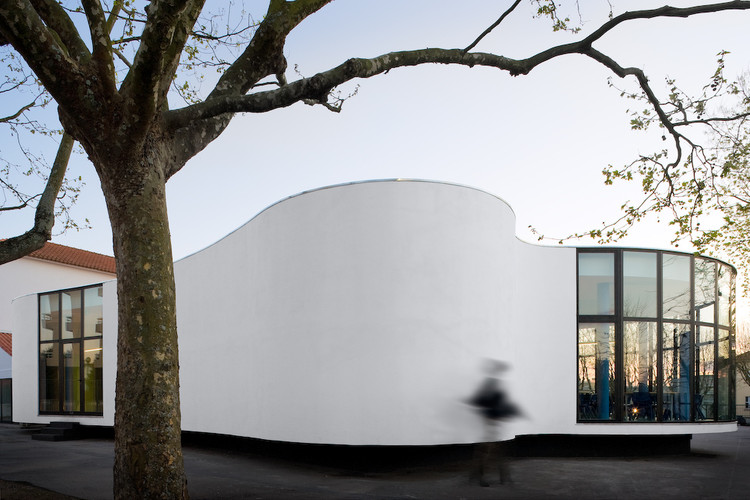 Text description provided by the architects. The Primary School nº1 in Póvoa de Varzim is a renovated example of Plano dos Centenários (Plan of the Centenaries) developed in 1941, whose typology (Douro) was designed by Rogério de Azevedo, a renowned architect from Oporto. This plan was a response to the increasing necessity and need to obtain a wide coverage of elementary schools throughout the country and is, still today, a legacy that is well present on today's network of schools.

In this sense, and because respecting the original traces of the school was intended, the volume of the canteen drives ways and assumes its own autonomy with an abstract gesture that establishes new relations in the school and the exterior spaces. Its location sets boundaries to the playground to the north, and allows the definition of new circulations and connections between the buildings. Beyond that, the canteen poses itself as defining element of a new scenario. The unbroken and organic line that causes differentiating sequences of perspectives, participating, with the same purpose, in the energetic and spontaneous movements of children.

The volume is characterized by the exterior contrast between the predominant white and the black of the windows frames, the foundations and the covering that sets the main access. Thus, a dialog is prompted with the balanced volume and the glassy structure of the Library's café, transforming the limit notions and dimming the frontiers, therefore obtaining a stimulating relation between the equipments of high educational and cultural responsibility.

In the interior, one can watch a predominance use of the colors that set the distinction of spaces and their uses. It is through it that the canteen is cheering the dynamics of the dinning area creating differing sensations, moods and atmospheres; deliberately created to provide these ambiences to the children, giving them the chance to pick their spot and place in the intimacy of the canteen. 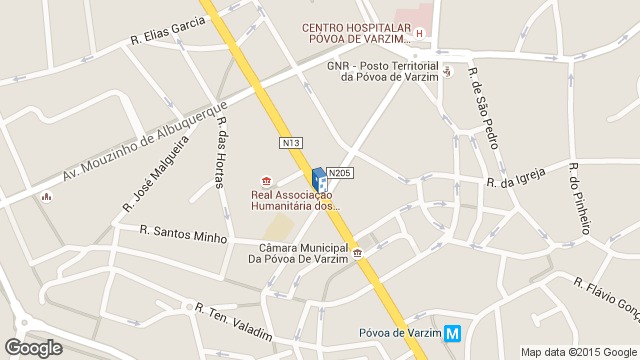