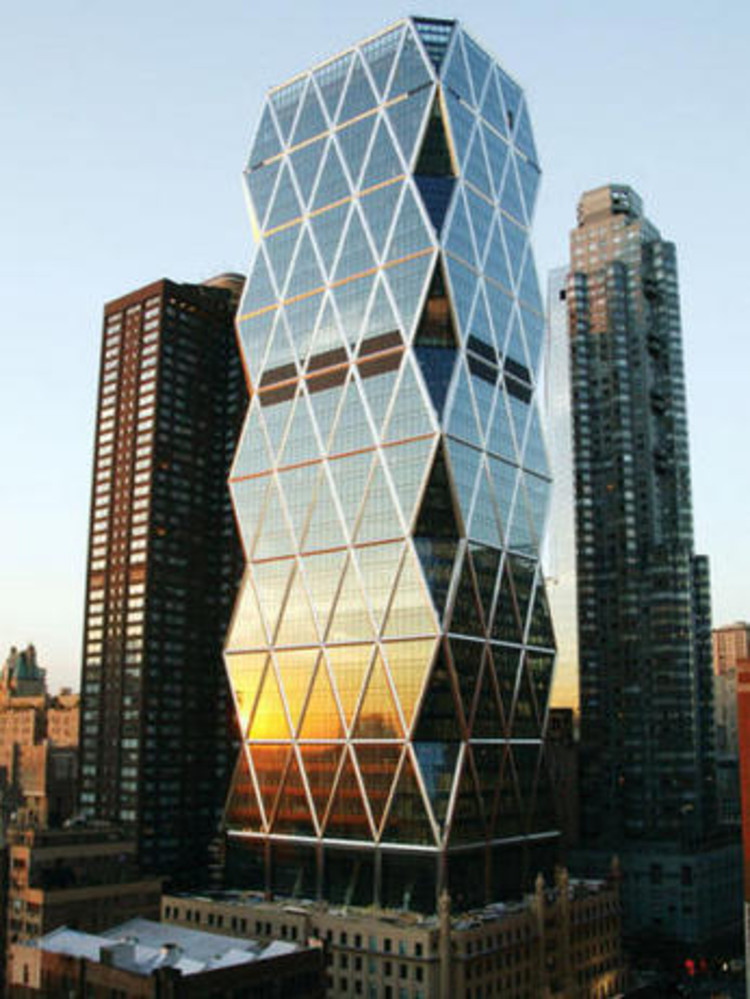 Text description provided by the architects. The first “green” high rise office building to be completed in New York City, Hearst Tower accurately represents the talent and intellect that drives Foster and Partners toward innovative and ground breaking design.

The building's symmetrically jagged silhouette is easily recognizable in its surroundings. The diagrid facade comprised of triangulated steel frame was designed to use 21% less steel than traditional buildings of it's type. Also impressive is the statistic which states that 90% of the 10,480 tons of steel used is derived from recycled material.

The glass and steel addition sits atop a six-story cast stone base, which was designed by Joseph Urban in 1928 at a cost of $2 million. Founded by William Randolph Hearst, the 40,000 square feet was designated a Landmark site during the initial designs of the addition. The new tower stands 46 stories tall, housing 80,000 square meters of office space.

Hearst Tower entered the scene at a very important historical moment in American history, as it was the first skyscraper to be built after September 11, 2011. Foster and Partners' dedication to incomparable design becomes clearer with each project, with the Hearst Tower receiving the 2006 Emporis Skyscraper Award as the best skyscraper of the year in the world.

Foster and Partners pushed the boundaries with their long list of environmental considerations which lead to the designation of Hearst Tower as New York City's first LEED Gold certified skyscraper. Heat conductive limestone paves the atrium floor, covering polyethylene tubing that circulates water year round to help control the ambient temperature of the building. During the rain, water is collected on the roof and then stored in the basement. This becomes key in the floor tubing, irrigation, and the water sculpture in the lobby.

Icefall, the water sculpture that reaches three stories high, is constructed with thousands of glass panels and also contributes to the thermal conditions of the building by cooling and humidifying the air using the recycled rainwater. Hearst Tower remains at a comfortable temperature for a majority of the year by natural ventilation.

Another obvious way to bring down the financial and environmental costs of the skyscraper is by optimizing the amount of natural light flowing through the building. To maximize the penetration of light, Foster limited the amount of interior walls so as to block less light. Light sensors are used to measure amounts of natural light and react automatically depending on what is needed. 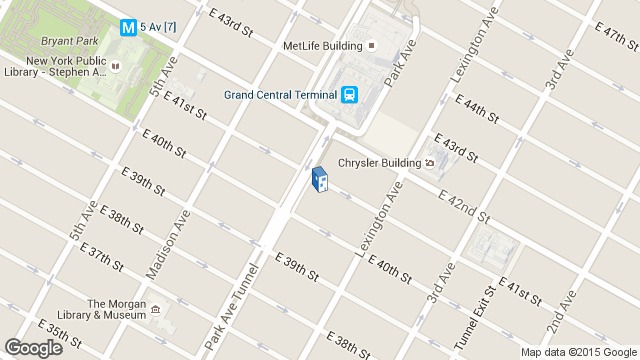 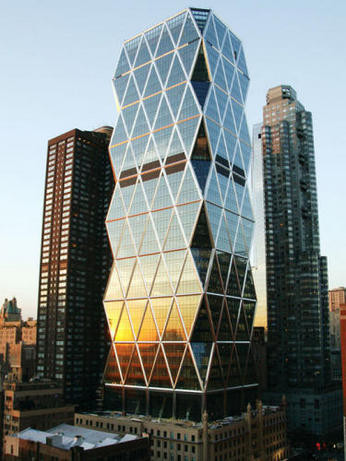