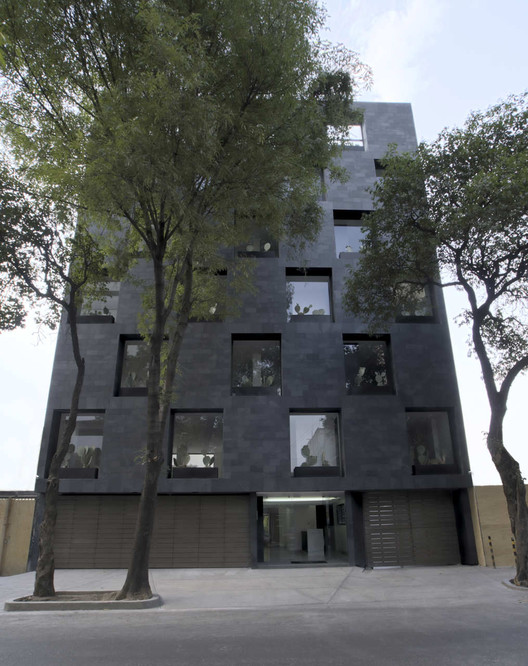 Text description provided by the architects. The strong territorial expansion of Mexico City in recent decades led to the carelessness and decay of many of the neighborhoods with most history and tradition as Condesa, Roma, Juarez and others. Properties that during the last century belonged to families of the Mexican high society today are not only but old fogies and debris damaged by the accumulation of years without maintenance. In recent years, this deterioration was used by Mexican architects to begin recycling the neighborhoods, using old buildings and turning them into pieces of modern architecture which led to these areas again to be the most expensive and desired of the Country’s Capital.

Sinaloa 193 is a last-century building located in the Colonia Roma used to be training center of Banco del Atlántico, then stayed in the dropout causing it to be invaded and appropriated by a group of people. Years later it was recovered by the HSBC Bank and released.

The project has 26 apartments on 6 levels, ranging from 56m2 to 110m2. The architecture aims to be modern but simple, unpretentious, warm and very natural. We sought contrasts between industrial and natural elements, textures cold as steel and aluminum with warm textures such as stone and wood. The views were not very good so we wanted a landscape design to serve as a curtain, sculptural elements on the idea of recycling scrap pieces heavily polluting materials turned into nests of plants. The courtyards that were once only for the service, are now living gardens with trees and plants, likewise, much of the roof became green areas.

The landscape design includes traditional species such as the Mexican Nopal. There are also ferns, bamboos etc. Some plants were chosen within the theories of Feng Shui such as the Cactus which sought a blue species that represents the strength of winter and without thorns that are regarded as darts or poisoned arrows. Some of the aloes used are rare species which we wanted to preserve.

The idea was the rebirth of a dead building in the XXI century and used as a space not only for what it was created, housing, but also as a museum of plants, a space for the preservation of species a home for the waste that pollute our country and an example to follow recycling our city. 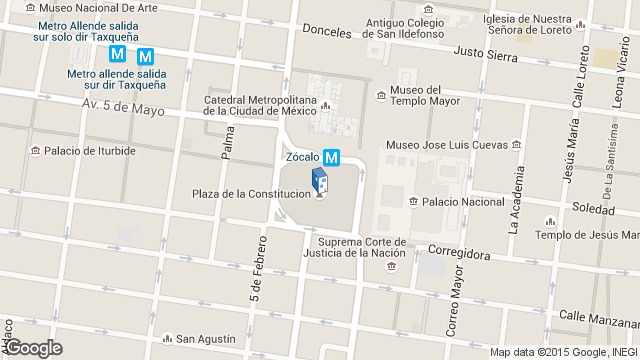