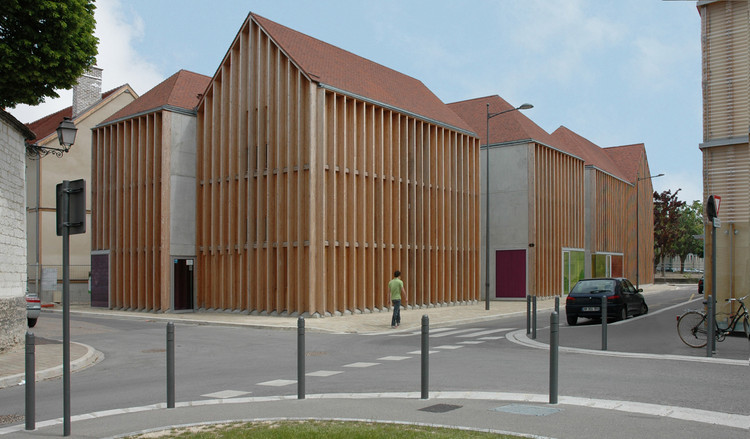 Text description provided by the architects. The project is located in the historical center of the city of troyes (champagne cork). The program for students housing is established on an existing lot, continuation of a block made of wood frame houses dating from the 16th to 18th century. The lot opens up on three streets, is facing the Modern Art Museum (former Episcopal Palace 16th –17th century), R+8 buildings from the 70’s in the process of being demolished and the new Comtes de Champagne Campus.

The program is composed of 44 apartments including 5 collective apartments with 3 bedrooms and 3 commercial or common premises.

The idea is to create an architecture that is familiar but provides something new and that is capable of creating a relationship with its environment.

The plan of the project follows, without intruding, the geometry of the lot. The program is separated in four distinct volumes linked by a system of galleries, alleys and courtyards (common spaces).

We got inspired by the spaces, the light, the morphology, the construction systems, but also by the atmosphere or sensations…The new project should not fall into folklore or pastiche.

The façades are made of wood and concrete. On the street side the structure is composed of beams (50 cm apart) or vertical exposed wood panels protruding by 45 cm from the waterproof skin (boarding). 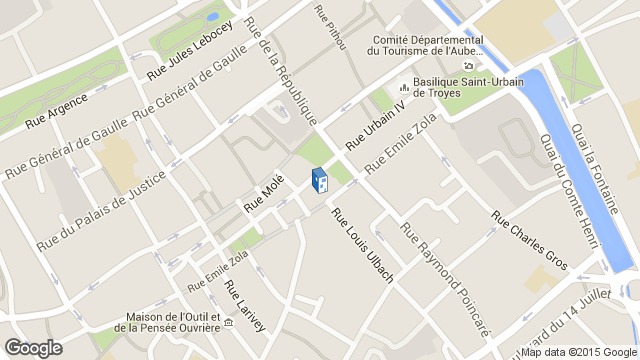