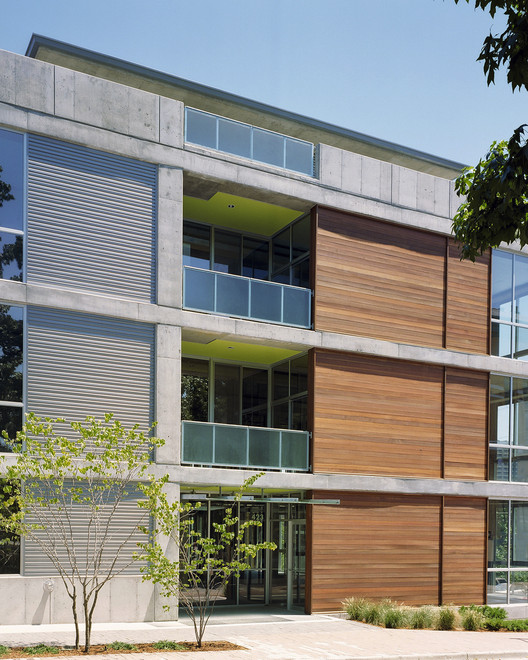 Text description provided by the architects. As with many urban centers, Kansas City has a wonderful collection of turn of the century low to mid-rise buildings within the urban core. It is the re-use of older buildings that has promoted the ideal of loft living, having the city as a personal backyard. While many existing buildings still need to be renovated, 5 Delaware represents a new approach – a new, modern structure sensitively placed in one of the numerous empty lots downtown.

Several years ago city officials along with the local development community seized an opportunity to revitalize the urban core. Through local, state, and federal incentive programs local developers, architects, planners, and municipal officials embarked on a massive effort to re-build the heart of the city. The results have been impressive. Over $3 billion dollars of investment has provided the creation of 15,000 new residents, over 99,000 new office workers, and hundreds of retail establishments. While similar efforts are occurring in other mid-western cities, Kansas City has been especially fortunate to have numerous local developers committed to the residential component of this successful venture. This commitment stems from the desire to re-energize downtown. A strong residential community supports this goal.

The site for this project is situated in the historic River Market area of downtown, within a few hundred feet of the bluffs that overlook the Missouri River. It is a corner lot at the south end of the block, sharing magnificent urban views with a variety of cafés, businesses and lofts. It is the vibrancy of the surrounding River Market neighborhood that drew the client to develop a project in this area.

The clients wanted  a new structure that would provide a unique urban living experience. Aesthetically, they asked the architects to create a building for buyers desiring sophisticated architecture. They offered the shell and each tenant was given the opportunity to custom design each interior loft space. Requirements for the project included: covered and secured parking, maximizing the lot area, capturing the views, working within a construction budget of $68 / ft. and adhering to a 14 month design and construction timeline. Most importantly, el dorado's goal was to create a dialogue between existing fabric and modern infill.

El dorado embraced all the client’s desires and constraints by establishing an aggressive but methodical design process. This emphasized a collaborative relationship with not just the consultant team but also the client and the general contractor. The first step was to study the potential of the parking to residential unit ratio for the site. Fortunately, the site topography and lot dimensions worked well for an underground parking garage accessible from the alley on the east side and netting 23 parking stalls. The client determined that in order to create a higher end living environment, the project should comprise 13 units. Subsequent layout studies focused on how to arrange these units in a manner that adhered to the goals of the project. Site constraints determined that the common corridor should be placed on the north side and the units to be facing east, west, and south. The structural design quickly developed into a simple column grid that corresponded to the parking requirements below and then extruded upward through the third level. The fourth level was pulled back off the property line in order to create large outdoor rooftop patios.

The architects then explored multiple structural systems choosing cast-in-place concrete as the most suitable system. It was decided to utilize a two-way reinforced slab that would allow for flexible floor plates and a clean unobstructed ceiling surface. Concrete also permitted us to honestly express the material and the structural diagram on both the interior and the exterior of the building. This diagram was then articulated by utilizing recessed infill panels in a series of alternating opaque and transparent zones. These zones consisted of three materials intended to differentiate the common spaces and the residential spaces.

The first was a corrugated metal siding on the north, then wrapping around to the east and west elevations. The siding was also used to articulate the common corridors on the north elevation and provided us with an economical sheathing system. The second material was an aluminum storefront glazing system incorporating sliding operable doors and windows. These windows were used to express the structural diagram and provide each unit with optimal views of the city, creating an abundance of natural light. The third material was a natural stained Mangaris wood siding on the south of the building, wrapping the east and west elevations. This wood was used to create a warm contrast to the concrete, aluminum, and metal siding. All three materials converge on the east and west elevations creating a recessed pedestrian entry on west, vehicular entry on east, and porches above each entry. As a finishing touch, el dorado fabricated and installed the guardrails, roof deck dividers, and entry awning themselves.

The surrounding neighborhood is comprised of brick paved sidewalks and tree grates placed every thirty feet. When it came time to integrate the sidewalk and landscaping design the architects followed a similar logic to the building. El dorado decided to maintain brick as the paving for the sidewalk for continuity but used the landscaping as an opportunity to accentuate components of the building design. On the west end we created two planting areas flanking the entry vestibule. The northern planting area was pulled out to the street and we used a combination of three intimately scaled red and white bud trees. South of the entry we kept the landscaping tight to the building and used only indigenous prairie grasses and junipers. The south side of the building demanded a slightly different approach. In order to soften the texture of the foundation wall we inset portions of the wall and planted a continuous strip of densely packed with Virginia Creeper vines. Finally, el dorado placed columnar maple trees in front of the wood panels so as to not compromise the views from within the unit. 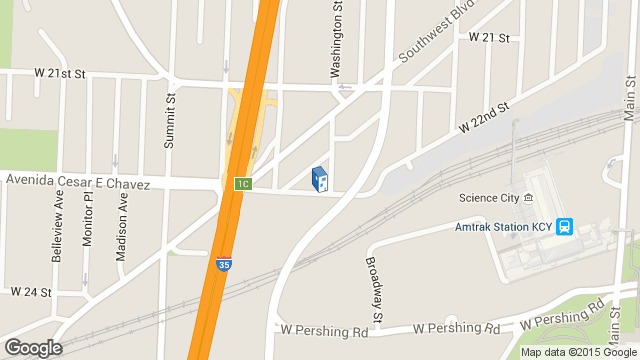 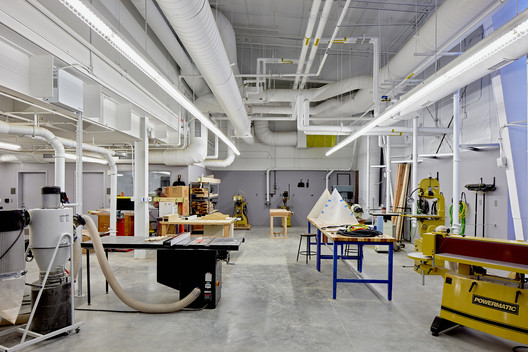