Archetypal Landscapes: 10 Projects From The Barozzi / Veiga Workshop in Chile

The second edition of the workshop organized by the School of Architecture (EA) of Universidad San Sebastián (Chile) had as main guest the Spanish architect Alberto Veiga, founding partner of Barozzi / Veiga and author of projects such as the Philharmonic Hall in Szczecin and Ribera del Duero Headquarters. In addition to engaging in a series of debates with the participants of the workshop, Veiga had a public conversation with the Chilean architect Pedro Alonso (winner of the Silver Lion at the Venice Biennale 2014) and shared the studio’s work and reflections on architecture in a master lecture.

A total of 10 teams from different schools of architecture in the country came together for the 2017 version of this initiative, reaching a total of 67 participants among students and instructors. Seeking to favor the production of projects capable of promoting debate, each day of the workshop dealt with a different topic featuring guest scholars: Ernesto Silva, director of the School of Architecture (strategies), Pedro Alonso, renowned professor and researcher (arguments) and Albert Tidy, dean of the Faculty of Architecture (materialization of the project). For the closing day, on Friday, October 13, there was a joint display with the final projects produced by the different teams (which remained open to the public for the next couple of weeks), and a camaraderie activity to celebrate both the gathering of the schools and the quality of the experience and its results.

Choreographies, an installation at the 4th Lisbon Architecture Triennale by Pedro Alonso and Hugo Palmarola, presents the construction of building sites as cultural and political archetypes. By critically contesting comic films and animated cartoons released in the United States and the Soviet Union between 1921 and 1980, it presents construction sites as places in which ideology and imagination were combined through the choreographic movements of hanging steel-beams in the US, and flying concrete-panels in the USSR. These building components symbolize the construction of the modern world, the technological optimism of industrialization, the relevance of the building process over the completed building, and the standing of workers—welders, riveters and crane operators—against the vanishing figure of the architect.

Between 1945 and 1981 around 170 million prefabricated (prefab) residential units were constructed worldwide. Now, as part of a study undertaken by Pedro Alonso and Hugo Palmarola of the Pontificia Universidad Católica de Chile between 2012 and 2014, an exhibition at the Tel Aviv Museum of Art features 28 large concrete panel systems from between 1931 and 1981. In so doing, it explores a transnational circulation of these objects of construction, "weaving them into a historical collage of ambitions and short-lived enthusiasm for utopian dreams."

This show, curated by Meira Yagid-Haimovici, is an attempt to reveal "how architecture and urbanism was charged with historical, social, and political narratives, and how the modernist vision promoted the fusion of aesthetics and politics." The models, which are being exhibited as part of the Production Routes exhibition, seek to highlight the richness embodied in 'generic' architecture through the lens of prefab construction methods.

AD Interviews: Pedro Alonso, Curator of the Chilean Pavilion at the 2014 Venice Biennale

We had the chance to sit down with Pedro Alonso, one of the curators of the Chilean pavilion “Monolith Controversies,” at the 2014 Venice Biennale, to learn more about the concept and inspiration behind the Silver Lion-winning pavilion. “We were interested in demonstrating that architects didn’t absorb modernity, but rather, they supplied it. The ones who absorbed it were the workers and the people,” Alonso told us, outside of a replica of a Chilean apartment – the entrance to the Pavilion. “The absorption of modernity has to do with the pieces we are exhibiting. For example, this apartment, the apartment of Mrs. Silvia Gutiérrez in Viña del Mar, which is an exact replica – object by object- of the 518 things that make up her living room.” 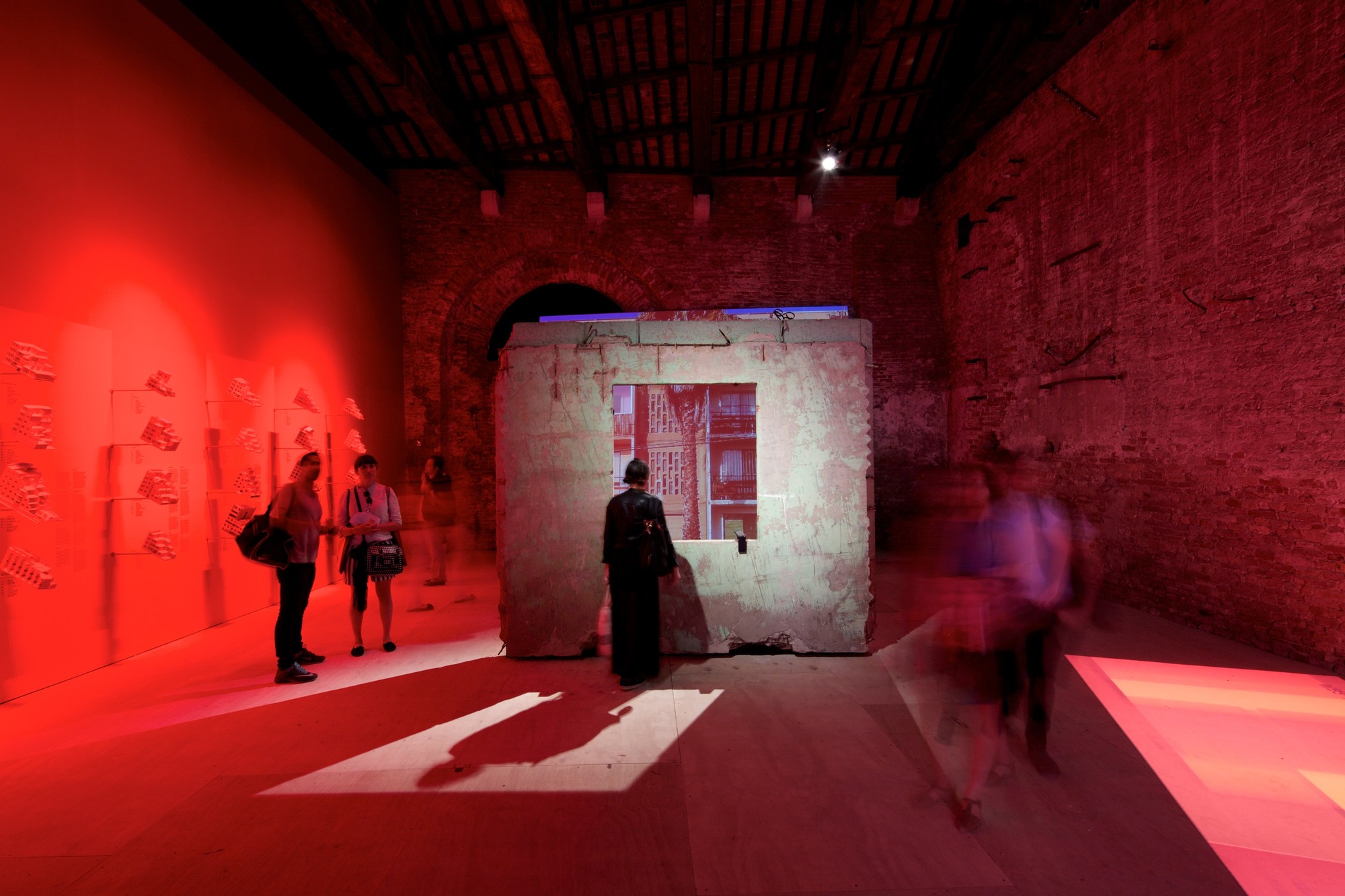