“Alongside air travel, the space programme and nuclear power, concrete panels were once considered to be an innovation that would help bring about a new, rational future for society and the world. In the second half of the 20th century, heroic images of concrete panels soaring across the sky began to emerge in popular culture,” say curators Pedro Ignacio Alonso and Hugo Palmarola.

The exhibition demonstrates the story of how precast concrete panels became a symbol of the future, both in politics and in art, embodying the dream of a better world from the second half of the twentieth century to the present - these were the core of the construction systems that extended to more than 70 countries after World War II.

Focal points of the exhibition are a suspended 1:5-scale model of one of the most representative concrete panel systems, and 60 models of panel systems from six continents.

“The exhibition is about one of the most mass-produced objects in design history and brings together a staggering and exciting collection of objects to help us understand the concrete panel and through it, the modern world. Flying Panels – How Concrete Panels Changed the World uses the concrete panel as a lens through which we can see how technology, society, politics and art are interconnected. The exhibition proves that concrete panels were much more than just a convenient solution to provide a roof over the heads of the rapidly growing populations of the 20th century,” says Kieran Long, Director, ArkDes.

It also features photographs of contemporary panel structures by OMA, Herzog & De Meuron, and Housechild-Siegel architecture. Other pieces on display include an original concrete panel with the emblem of the French Camus-Dietsch factory, watercolors of façade mosaics by Nikolai Jarsky’s in Tashkent,  a series of posters advertising panel construction around the world, a whole collection of satirical cartoons from the popular Soviet magazine Krokodile, films by Věra Chytilová, Hieronim Neumann and Eldar Ryazanov, and the technical and typological reconstruction of 60 large-concrete panel systems developed worldwide between 1948 and 1989, presented as both physical models and interactive digital files to explore their panel types and assembly strategies. 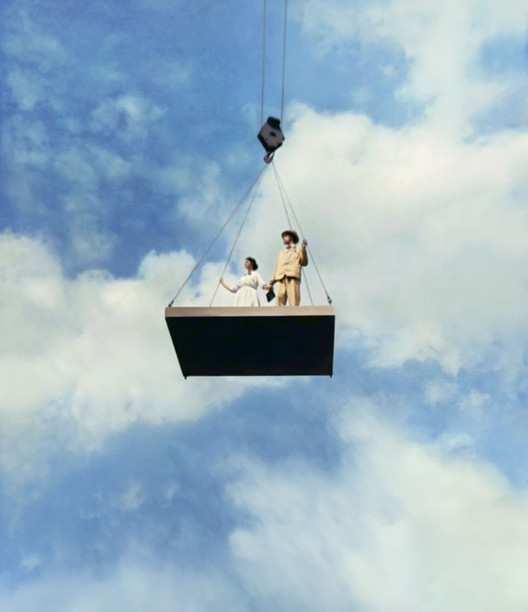