Applications are now open for Dubai Design Week in the United Arab Emirates. Applicants are encouraged to submit ideas and proposals to host an event, showcase a product or stage a creative project during the region’s largest creative festival. Much of Dubai Design Week’s program is made up of partner events and activities, held both at Dubai Design District and at locations across the city and the UAE. 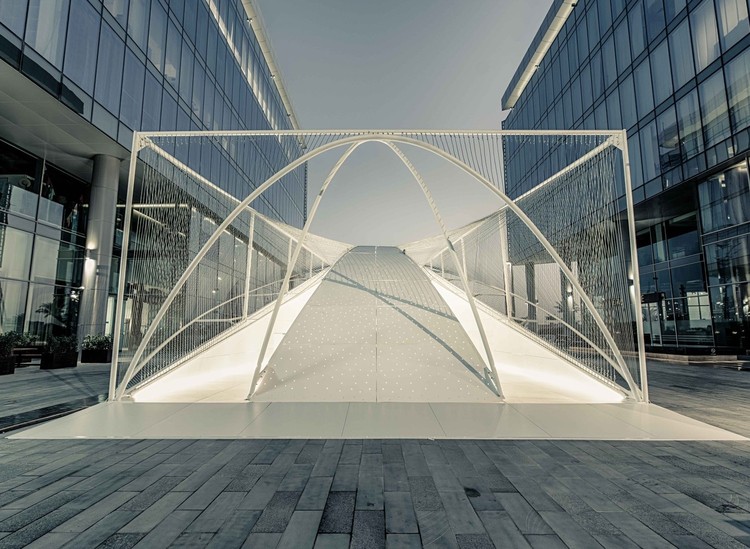 See Dubai-Based Architecture Firms Through the Lens of Marc Goodwin

From Barcelona to Bejing, Marc Goodwin is capturing architectural workspaces around the world. Goodwin’s latest endeavor: Dubai. Scroll down to get a glimpse of where architects like the ones at RMJM and EDGE work in the “City of Gold.”

Boutique firm, Fahed + Architects have developed a temporary pavilion for Abwab 2017, the highlight of Dubai Design Week that exhibits designers’ talent from across the Middle East, North Africa and South Asia.

A commitment to the environment is at the core of Fahed + Architects philosophy, so it was necessary to create a structure out of 100% recyclable material from the local waste management company, Bee’ah. The outer skin of the pavilion is a mesh of entwined bedsprings that naturally lends itself to an organic form, floating amongst the surrounding buildings.

Since first launching in April 2013, d3 has become the region’s preeminent destination for artists, designers and creative types of all kinds to work and collaborate. So far, d3 has welcomed in over 30 architecture firms of medium to large size, including SSH and Viktor Udzenija, RMJM and Wanders Wagner.

In recent years, it's been no secret that Dubai has been attempting to diversify its industries, as the city moves on from being an oil-based economy. In this article, originally published by Metropolis Magazine as "Dubai: Making a Creative Capital from Scratch," Ali Morris investigates how the city is building its own design district to rival London or New York - and doing so despite starting from almost nothing.

In cities where a faded industrial area exists, a creative community often follows. It’s a well-established cycle of urban regeneration that has played out in Berlin, London, and New York. Attracted by cheap rent and large, empty spaces, the creatives come, building up areas with independent cafés and stores before inevitably being priced out of the market by the very gentrification they helped to bring about.

So what happens in a city so young that it doesn’t have a dilapidated area for the creatives to occupy? When the city in question is Dubai, which was still just a desert fishing settlement until around the 1960s, you build it from scratch, of course. With the second part of a three-phase build unveiled last year, Dubai Design District (known as d3) is a sprawling 15.5-million-square-foot (1.4 million square meter) development located in a desert plot on the eastern edge of the city. Circled by multilane highways and located between downtown Dubai and a wildlife reserve, d3 has been masterminded as a framework from which to grow and sustain a new design ecosystem. 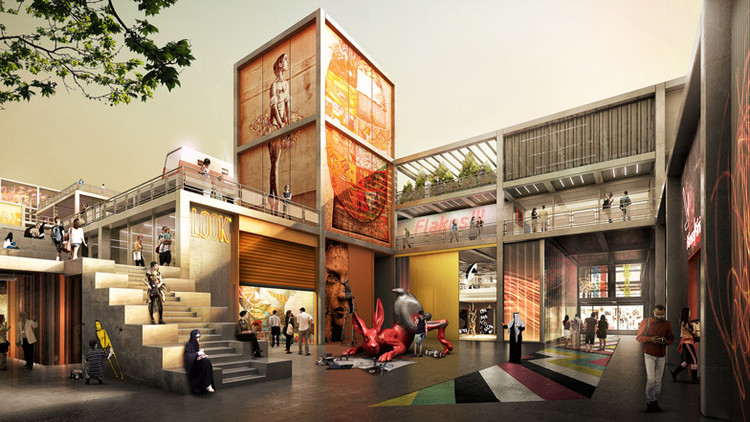 The Dubai Design District (d3) has tapped Foster + Partners to design its masterplan's second phase. Spanning one million-square-feet, the new development will be a "Creative Community" that will serve as a "thriving cultural epicenter" within d3, and an "incubator" for emerging designers an artists.

“This is an exciting initiative, which supports young creatives, and allows Dubai’s design scene to flourish from within," says Gerard Evenden, Studio Head at Foster + Partners.