Cbd: The Latest Architecture and News 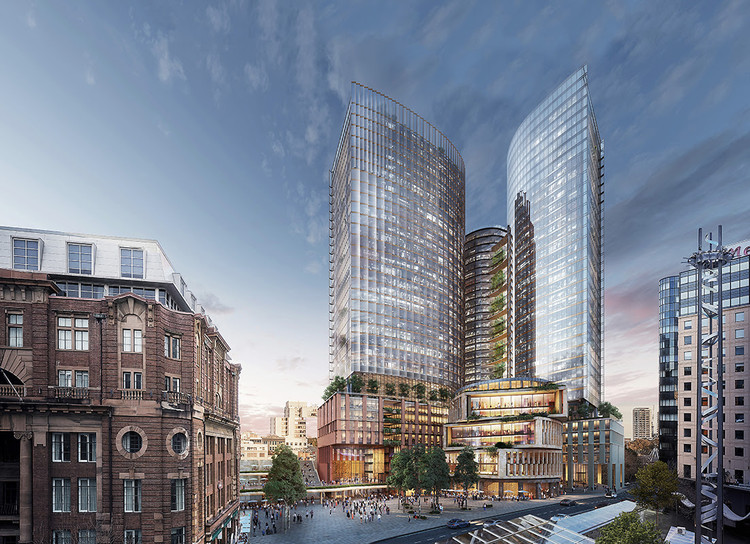 The Gui’an New District, the eighth National New Districts in China, is located between Guiyang City and Anshun City, Guizhou Province with a planned area of 1,795 km2. The District, committed to the goal of “creating a city with pastoral landscapes”, will be built into a new leading area in inland economic development, a pilot area for innovation and development, an agglomeration of high-end service industries, an international area for leisure, vacation and tourism and a leading area for the construction of ecological civilization. The planning of a comprehensive high-speed railway transportation hub and CBD in central Gui’an New District strives to build it into an important transportation hub and central business district. The Management Committee of Guizhou Guian New District and the Planning and Construction Bureau of The Management Committee of Guizhou Guian New District hereby publicly call for the proposals for the planning of such a transportation hub and CBD as required, sincerely inviting the participation of experienced and qualified design agencies worldwide.

Registration deadline for international teams is on July 10th, 2015. More details below:

Why China's Copy-Cats Are Good For Architecture

When we see another Eiffel Tower, idyllic English village, or, most recently, a Zaha Hadid shopping mall, copied in China, our first reaction is to scoff. Heartily. To suggest that it is - once again - evidence of China’s knock-off culture, its disregard for uniqueness, its staggering lack of innovation.

Even I, reporting on the Chinese copy of the Austrian town of Halstatt, fell into the rhetorical trap: “The Chinese are well-known for their penchant for knock-offs, be it brand-name handbags or high-tech gadgets, but this time, they’ve taken it to a whole other level.” Moreover, as Guy Horton has noted, we are keen to describe designers in the West as “emulating,” “imitating,” and “borrowing”; those in the East are almost always “pirating.”

However, when we allow ourselves, even unconsciously, to settle into the role of superior scoffer, we do not just the Chinese, but ourselves, a disservice: first, we fail to recognize the fascinating complexity that lies behind China’s built experimentation with Western ideals; and, what’s more, we fail to look in the mirror at ourselves, and trouble our own unquestioned values and supposed superiority.

In the next few paragraphs, I’d like to do both.