In two lectures delivered by Bart Lootsma, Professor and Head of Institute for Architectural Theory and History at the University of Innsbruck, the 2016 Venice Biennale—Reporting From the Front—is dissected, unpicked and evaluated through the national participations (pavilions) and Alejandro Aravena's central exhibitions. Lootsma, who has broadcast the lectures as publicly available resources on architecturaltheory.eu, is the co-curator of the 2016 Pavilion of Montenegro.

Ahead of this weekend's symposium “THE DEBATE”—which will take place in Kotor, Montenegro and will present the results of the Project Solana Ulcinj for the national and international audience of the KotorAPSS (Kotor Architectural Prison Summer School)—we present an interview with Bart Lootsma, co-curator of the Montenegro Pavilion at the 2016 Venice Architecture Biennale.

The exhibition "Project Solana Ulcinj," co-curated by Lootsma and Katharina Weinberger and commissioned by Dijana Vucinic and the Ministry of Sustainable Development and Tourism, features four proposals for the re-use/re-purposing/re-programming of a former industrial site in Montenegro. With an eye on not only sustainability, but also natural and economic viability, four firms proposed different spatial strategies to transform what Lootsma calls an "unreal man-made artificial and abstract landscape."

With its upcoming double symposium KotorAPSS further establishes a small Montenegrin town as an international hot spot for architectural thinking and advances the debate on decaying places of the recent past and their possible futures.

Boka Kotorska Bay cuts the Adriatic Montenegrin coast like a Norwegian Fjord. Once a hideout for pirates and smugglers it also was an important commercial trade hub and naval base.

The region once belonged to the Illyrian Kingdom, the Roman Empire and later to the Byzantine Empire. The Venetians ruled until the late 18th century, followed by the Austrians, and troops of Napoleon. From here Mediterranean cultures spread into the Balkan. Especially since UNESCO declared the natural and culture-historical region Kotor a world heritage site in 1979 the city and the bay have become an increasingly popular daytrip location for cruise ship tourism along the Adriatic coast.

This article by Bart Lootsma and Katharina Weinberger sheds light on their plans as curators for the Montenegro Pavilion at the 2016 Venice Biennale.

Near Montenegro's most southern town Ulcinj sits the former saline "Bajo Sekulic," a completely artificial, man-made biotope which has taken on almost global importance as a crucial node in the migratory patterns of birds. As such, the Solana Ulcinj is the front line of all kinds of conflicts: between nature and culture; the local and the global; economy and environmental awareness.

The Project Solana Ulcinj, commissioned by Dijana Vucinic and the Ministry of sustainable development and tourism and curated by Bart Lootsma and Katharina Weinberger, is the Montenegrin contribution to the 15th International Architecture Exhibition of the Biennale di Architettura. The Montenegrin pavilion hosts four projects outlining four different sustainable futures for the Solana Ulcinj, developed specially for the Biennale by four practices: ecoLogicStudio from London, LOLA form Rotterdam and LAAC from Innsbruck, while a fourth project will be decided following a national competition in Montenegro. The project is accompanied by a series of three symposia in Montenegro and in Venice.

In the now-globalized battle to attract tourists and retain citizens, cities have had to get increasingly creative, often branding themselves to highlight their unique histories or most striking physical characteristics. However, this branding rarely takes account of the complexities underlying every city: the people that live there, the political background, and of course, the peculiarities of the geographical landscape which the city sits on.

With his cosmopolitan career taking him from the low-lying cities of The Netherlands to the Alpine city of Innsbruck and to cities around the world Bart Lootsma, the architectural historian and theorist responsible for critically-acclaimed books such as SuperDutch, has been well-placed to see the effects of landscape and globalization on the individual character of places. In this extensive interview, originally titled "Beyond Branding" and published in MONU Magazine's "Geographical Urbanism" issue from April 2014, Bernd Upmeyer speaks to Lootsma about his adopted hometown of Innsbruck, and the role that geography, marketing and the collision of the two play on the identity of a city. 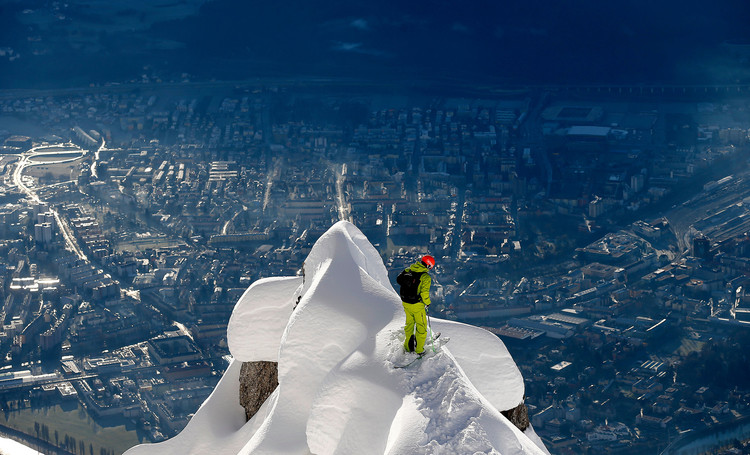