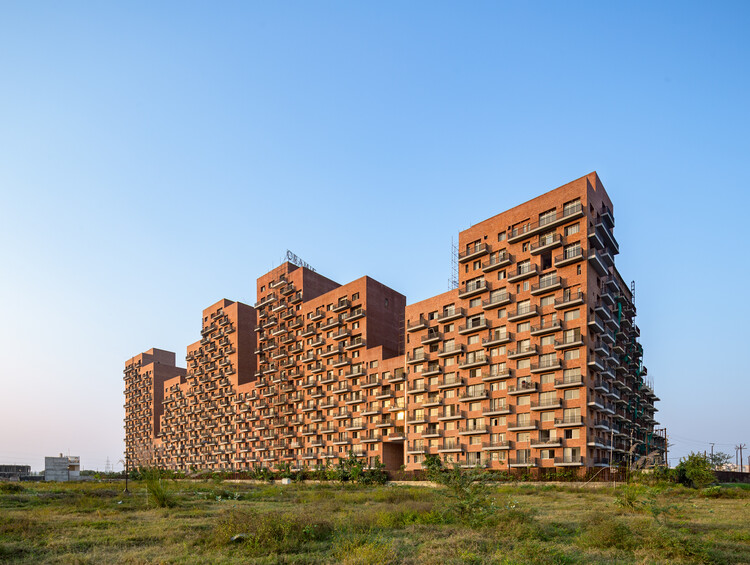 Text description provided by the architects. The Oranje castle is a housing project on which Archohm collaborated with the globally-renowned Dutch architectural firm MVRDV. The 7-acre site is situated in one of the upcoming areas of Lucknow, just off the Amar Shaheed path, which is the main artery connecting the city to its airport. Overlooking the Gomti River across its green buffer, the Oranje Castle is a self-contained housing development in which there is a total of 437 units with a mix of typologies from 3BHK standard apartments to 3 &4BHK units with exclusive terraces as well as luxurious 5BHK penthouses with private terraces.

Conceptually, the design breaks away from the tower morphology, where a typical tower is designed and stamped all over the site with little regard for orientation, massing, variation, or privacy. At the Oranje Castle, the dwelling units are arranged in a ring format along the periphery around a large courtyard, the size of two football fields, ensuring a landscape connection for each apartment. The massive courtyard in the center creates the maximum distance between two apartments in a manner that the window of the neighbor is the farthest possible, thus allowing enough privacy as well as adequate natural light and ventilation to all units.

The standard 3BHK apartments occupy the lower seven floors, while the larger apartments with exclusive terraces are located on the higher floors. The massing of the built form begins to get modulated at the upper floors to make room for private terraces, thus, breaking the monotony in the silhouette. As a result, no two towers are identical. Further, all terraces, which are at different levels, feature gardens that render an additional green dimension to the project. The playfulness of the undulating skyline is extended onto the brick-clad facade which is punctuated with balconies that are of two kinds - hollowed out as well as projected from the surface, lending a dynamic mass-void expression to the housing complex.

The landscape design for this project has been done by TOPOTEK 1, a Berlin-based firm. The concept for the central courtyard derives from the traditional Indian garden, which features an eclectic combination of live animals, water fountains, and lush shade-giving plants. Along with this, the complex geometries of traditional Indian textile design and the evocative forms of contemporary artist Anish Kapoor, form the eclectic elements of inspiration for TOPOTEK1’s Oranje Castle Brick Gardens.

The program of the Brick Gardens comprises three categories: Activity, Experience, and Sport. The activity consists of the play elements in the courtyard, while Experience consists of natural elements – an aviary, pond, lawn, and pergola, all punctuating the brick gardens. Sports pitches are accommodated in the green band running along the external periphery of the housing. Correspondingly exciting forms have evolved for the new programs, as is evident in the dome of the bird cage and in the play elements – large sculptural brick domes, circular openings in the floor spanned by trampolines, and climbing nets. 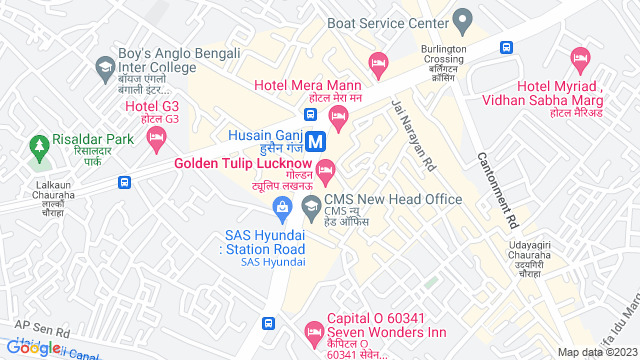