Save
"With Intention to Build", Moshe Safdie’s Exhibition of Unbuilt Projects Opens in Boston, USA
Share
Or
Copy

From October 2022 through January 2, 2023, The Boston Architectural College (BAC) and Safdie Architects will display the most groundbreaking unbuilt projects by Moshe Safdie. With Intention to Build showcases the architect's creative process throughout the 55 years of his career, including models, drawings, and various texts and photographs. The exhibition provides context and tells the story behind these radical unrealized designs that have influenced projects such as Habitat 67 in Montreal, Canada, and Marina Bay Sands in Singapore. 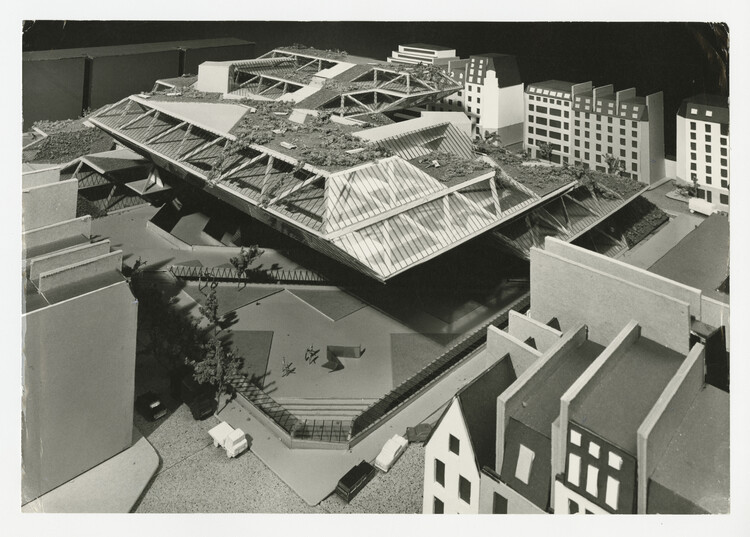 Safdie's work is a turning point in modern architecture. After apprenticing with Louis I. Kahn in Philadelphia, he returned to Montréal to oversee the master plan for the 1967 World Exhibition and build Habitat 67. He was 29 years old at that time. The project, a continuation of his master's thesis in architecture at McGill University, drove his studio to develop a series of theoretical "prototype typologies" to approach different habitats. Since then, his research on massive mixed-use projects and urban density has become the source of several of Safdie Architects' projects worldwide.

Safdie Architects' research spans from design manifestos to high-density urban plans. One of their latest works delves into the importance of an architect's ability to sketch in the 21st century. The outputs and sketchbooks will be displayed chronologically for public appreciation and study.

As an architect committed to building and impacting the environment, I’ve always considered designs developed without intention of building to be incomplete statements. (…) But there is another category of unrealized designs. These are designs conceived with the intention to build, resolving the varied forces that constrain and shape architecture (…) In the case of my own practice, some of the most significant works have been designed, detailed, and yet not built; significant in the sense that they embody ideas and concepts of great import. -Moshe Safdie

Safdie Architects operates in the design studio model with a forward-thinking, research-oriented practice. Based in Boston, with offices in Jerusalem, Singapore, and Shanghai, their recent projects include the Albert Einstein Education and Research Center in Brazil and a garden hospital in Cartagena, Colombia. The office works on the Crystal Bridges Museum of American Art Expansion design and a Mixed Use Urban Development in Toronto.

The formal reception, with a gallery talk by Moshe Safdie, will take place on October 27, 2022, at McCormick Gallery, Boston. To explore the complete schedule, visit the BAC official website.