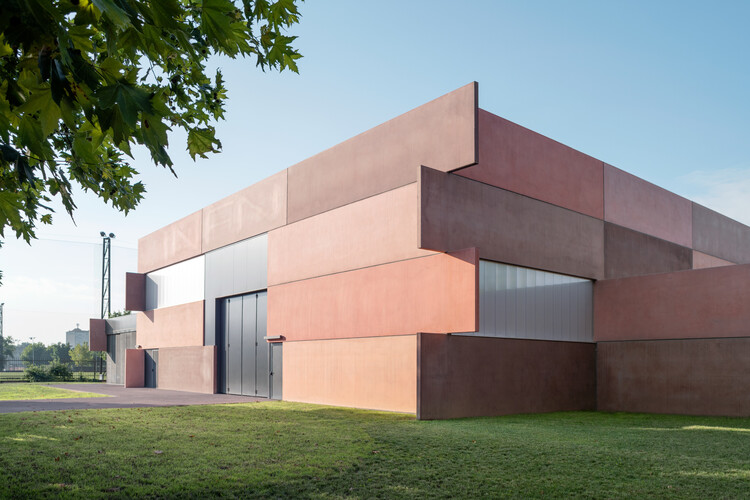 Text description provided by the architects. S-LAB, the new complex of the Istituto Nazionale di Fisica Nucleare (National Institute of Nuclear Physics) in Turin, Italy, is located within the premises of the Consiglio Nazionale delle Ricerche (National Research Council) in order to promote collaborations between the two institutions in the development of common research activities and programs. It is a semi-industrial building where machinery and precision instruments for the experiments carried out by the Institute are produced. At the same time it is a building with a strong symbolic value due to the relevance of the research topics and the high scientific value of what is carried out here.

The project adopts the traditional construction technology for manufacturing buildings and, by reinterpreting it, avoids the repetition of the typical image of industrial warehouses. The Istituto Nazionale di Fisica Nucleare in Turin, Italy Project description deconstruction of volumes is emphasized by the use of reinforced concrete infill panels of different colors which protrude beyond the boundaries of the building. Some of the concrete panels conceal a message that only reveals itself under certain precise conditions of air humidity; an experiment, on the skin of a building created for experimentation.

The result is an innovative building, embodiment of a new idea for productive buildings, that become spaces for creativity and sharing, also thanks to a plan layout that includes courtyards and patios. The volumes of which the building is composed, of varying heights and articulations, respond to the different functions accommodated within: from the large hall of the shop to the more compact spaces for laboratories, offices and service areas. The arrangement in different volumes allows to mitigate the impact of the new building on the existing one. Also, it relates more coherently with the existing office building, to which it is connected through a glass corridor, and with the Colonnetti Park to the southeast, an important naturalistic filter between the dense Mirafiori district and the area along the banks of the Sangone river.

The building is placed in the center of the lot, suggesting the possibility of future expansions. In order to strengthen the relationship between inside and outside, the plan layout ensures that open spaces are never perceived as residual areas: there is the tree-lined walkway, the entrance courtyard, the patio, the green area to the south facing the canteen and the technical service area to the east. The building is designed to minimize energy consumption and exploit renewable energy. 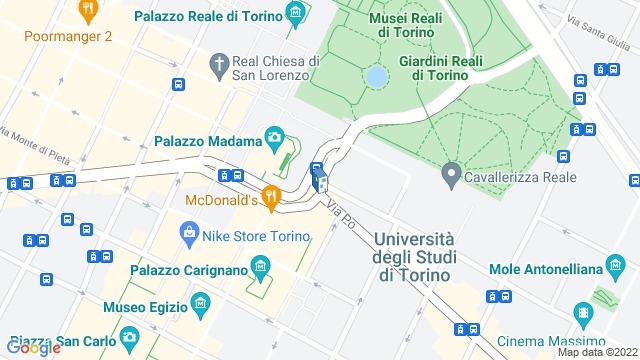 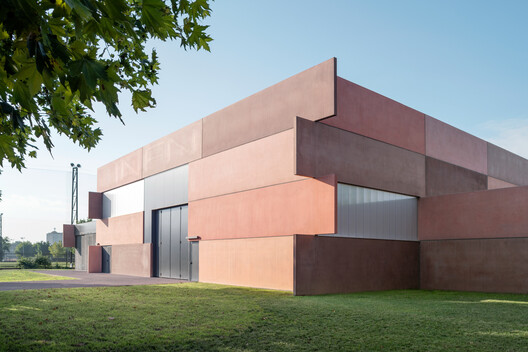