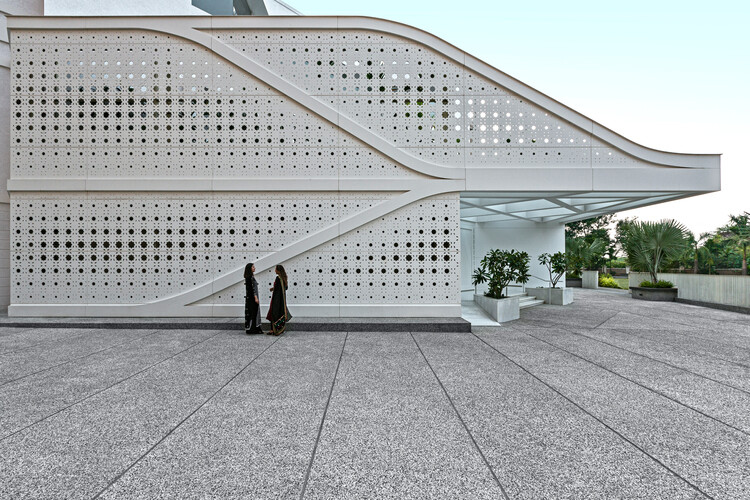 Text description provided by the architects. The project "Ismaili Jamatkhana & Community Centre" is situated in the northern suburbs of Mumbai, India. In Islamic architecture, light plays an essential role in designing the interiors of religious structures and other buildings. TheÂ Jamatkhana & Community CentreÂ design explores the relationship between Light, Islamic geometrical patterns, and Built form to create an experiential space.

Islamic geometrical patterns are analyzed to develop arrays of multi-sided polygons, thereby creating "Mashrabiya's." The word Mashrabiya stems from "Ashrab," meaning "to drink." Earlier defined as a space to drink water, the term later evolved as a space to cool water stored in earthen pots. The role of the Mashrabiya gradually evolved into ventilating and cooling larger structures. The role of the Mashrabiya is two-fold; it serves as a veil for privacy and combats the harsh solar radiation incident in the region.

The space design comprises of primarily three programmatic components; (1) Religious, (2) Social, and (3) Educational. These components are composed of a footprint articulated by stringent local building-by-laws and setbacks to create a three-dimensional volume. The main building houses the prayer hall facing the West and is oriented towards the sacred Kabba in Mecca. The social hall on the ground floor spills over onto the landscaped greens.

The triangular entrance foyer extends outwards to create a cantilevered skylit canopy. A landscaped terrace is sited above the entrance foyer to create an outdoor experience overlooking the garden. This space also serves as a spill-over to the Prayer Hall on the first floor.

The project is wrapped in intricate Islamic geometric patterns defined by differentiated levels of aperture scales. These screens protect the building from solar radiation and offer privacy without compromising ventilation. The mosque design also advocates sustainability and hosts solar panels deployed on the rooftop. 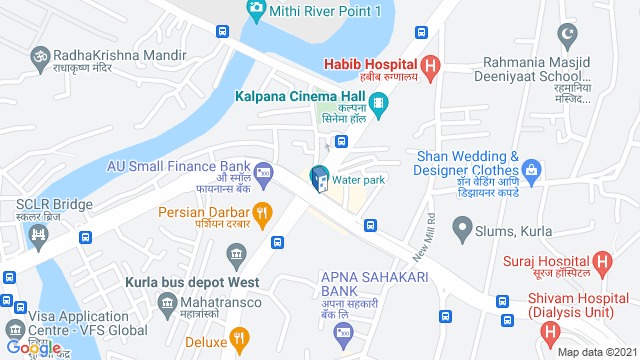 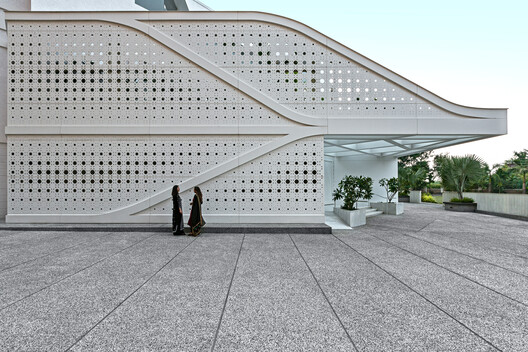