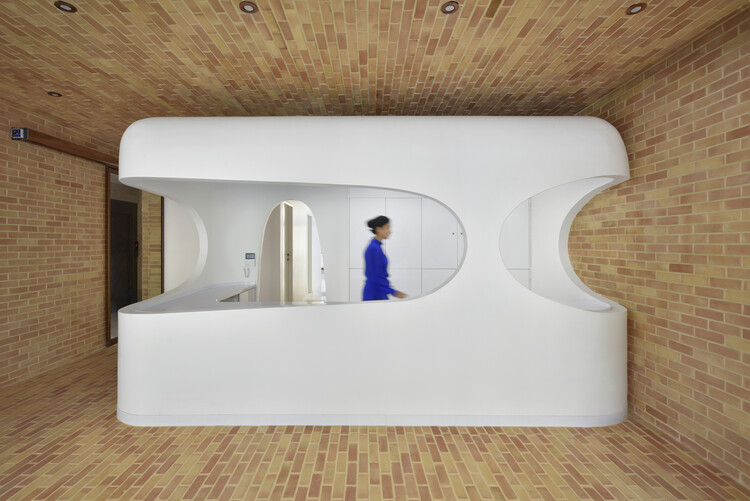 Text description provided by the architects. Buildings are the lifeless inhabitants of cities that have stood quietly in the streets for years to provide us with shelter and comfort and to make memories over time. In addition to being beautiful and responding to the needs of users, they must be rooted in the culture of their context.

Each of them has a unique scenario and story that is different according to their function and the personality of their users. However, this scenario is rooted in the beliefs and culture of the people of the region, both in terms of lifestyle values and aesthetic dimensions. Every line the architects draw and every form they create must be derived from these values and leave a trace of the user’s original identity.

The initial design idea of this project started from this point. With a residential use, this building was located in one of the eastern areas of Tehran at a completely residential area. The employers wanted to change the current use of the building to medical use. They wanted to build a new therapeutic building, completely different from the texture of the area. Nevertheless, we knew that to design a building, we had to consider it as a part of a whole and give it the opportunity to belong to its surroundings and ultimately to the city. Therefore, instead of destruction of the existing building, we decided to preserve its overall structure and part of its residential identity and give it a new life by presenting a new design.

We believed that the remaining part of this building has resisted the changes of the city from the past to the present to make every curious viewer think about their future. We preserved the skeleton, the main walls, and the stairs with the same brick material and we then strengthened it using several different methods.

In addition to strengthening, all of the project's old facilities were updated. For example, the building's sewage pipes were cast iron, which had eventually connected to the wells, but after reconstruction, was changed to push-fit and connected to the municipal sewage system. Also in the water piping of the complex, new five-layer pipes replaced the old metal pipes. In the previous use, the engine room was used to heat the building, and evaporative coolers were used to cool it, which was replaced by a ducted split after reconstruction.

The texture of the bricks creates special sensory and visual qualities for people and by evoking the feeling of being in an old familiar space, their experience of being in an anxious treatment space improves. By making arrangements such as covering the floor brick with resin and epoxy, we brought this material closer to the standards of medical space, and finally, using all the hygienic and health criteria, we used it in a place where it was less expected. By doing so, we tried to change the clichés about the design of medical clinics while respecting the main history and identity of the building.

According to the new scenario, each room was placed in the heart of a brick space in the form of white boxes which represented the attached parts with their modern appearance and had soft and rounded corners inside and out. Depending on the function of the related space and box, the degree of roundedness varied so that non-functional spaces in a medical office such as reception and waiting room experienced the highest amount of roundedness and functional spaces such as surgery experienced the least amount of roundedness.

The use of curve forms along with the usual sharp corner spaces, while visually appealing to the audience, has a positive psychological effect on them. According to research results, these forms convey a greater sense of balance and relaxation to people and can be effective in reducing clients' stress levels in spaces with therapeutic use.

plan design - One of the most important features that should be considered in the design of treatment spaces is the readability of the collection and the definition of proper access to its interior spaces. Neglecting this issue may confuse the patient and turn into a stressful situation for him, or on the other hand, by instilling a sense of respect for staff and clients, increase their efficiency and satisfaction. In designing the plan of this project, the reception desk is placed right in front of the entrance door so that the clients could easily see it at the entrance and find their way. The waiting area is also located near this part and in interaction with it.

the treatment section is placed in a completely separate space from the reception and waiting area to minimize the view of clients and at the same time has natural light and other benefits, and finally, the service area is located in the space between these two main functions. So that, while completely separating them from each other, it simply serves the medical space.

Facade design - As mentioned, our strategy in choosing the method of reconstruction was "linking the building with the city and its context ", in a way that is perfectly in line with the texture of the neighborhood, but at the same time looks significant and eye-catching. We also intended that the lines and ideas that shape the facade also arise from the internal scenario of the building. Accordingly, we maintained the brick structure of the facade with the same color and smell of its past, and this time we placed the white attachment box “on” the brick background.

Due to the existence of the previous console, a corner of the box was pulled up to close to the allowable height, and finally, we covered the windows with a specific pattern. In this way, the privacy of the surrounding residential blocks was maintained. The integration of the material with originality like the brick alongside white and plain surfaces plays delightful music that invites every passerby to listen. Music that tells the story of a new healing space from the heart of an old house. The concept of growth in this project is the product of placing modern definitions of architecture in a brick background, which is built with respect to the urban identity in order to increase the desired feeling of the old building, creating a new use. 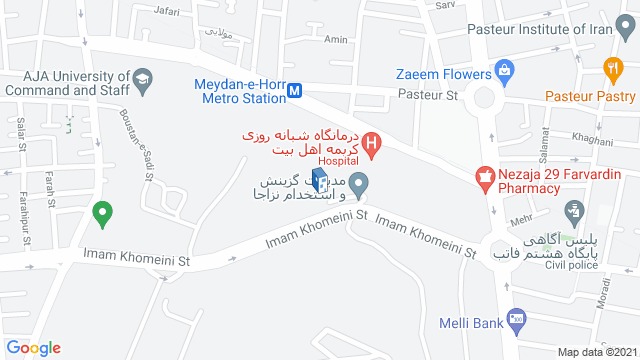 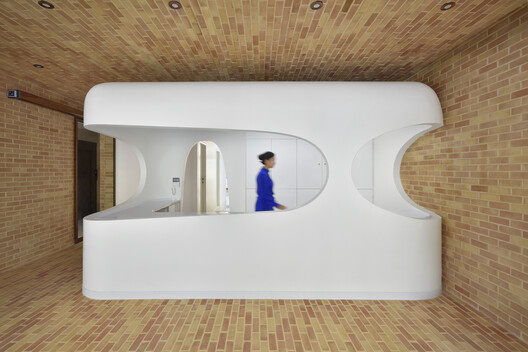