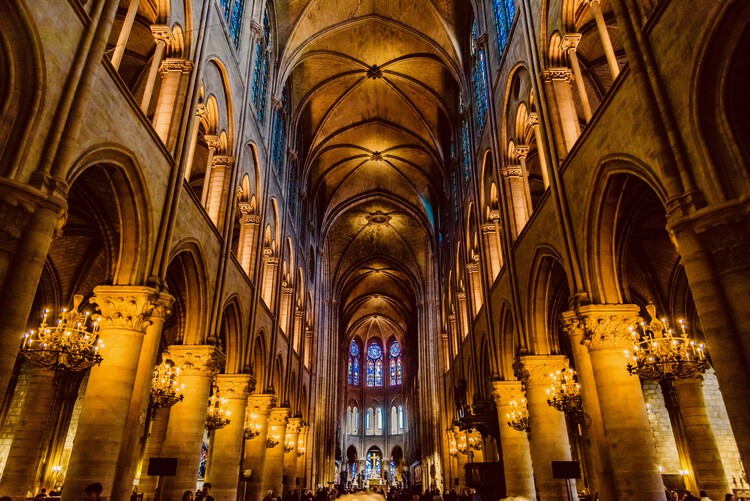 Last Tuesday, the commission of heritage experts approved the proposal to rearrange items within the cathedral to better accommodate tourists, meaning that the majority of the confessionals would be moved. At the same time, the proposal seeks to include some 20th and 21st-century artworks among the existing collection of paintings. Notre Dame’s rector Patrick Chauvet also revealed that the diocese was considering adding light projections displaying excerpts from the Bible.

So far, the idea has been met with opposition, as 100 French public figures, including art historians, writers, architects, and heritage experts, signed an open letter arguing against this interior design scheme which some parts of the media qualified as a “Disney revamp”. On the other side, the diocese aims to make the monument more accessible to contemporary audiences in an effort to present a modern vision for the liturgical space.

With the structure now secured and the rebuilding process picking up the pace for the scheduled 2024 re-opening, debates over the direction of the rebuild are resurfacing. Since the fire damaged the cathedral in April 2019, many visions for a contemporary rework of the cathedral have been discussed within the public forum. Last year, President Manuel Macron floated the idea of replacing the 19th-century spire lost in the fire with a contemporary version, but the concept was dropped after heritage experts advised that the monument be restored to its prior state. 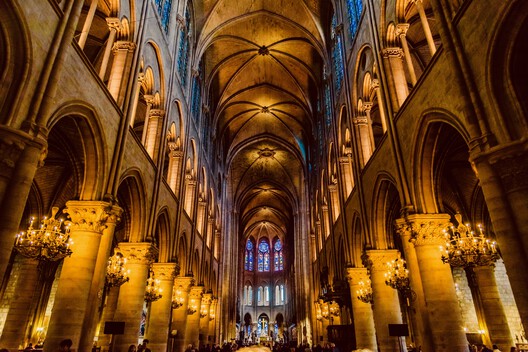