Save
House with a Small Library / Hiroshi Kinoshita and Associates 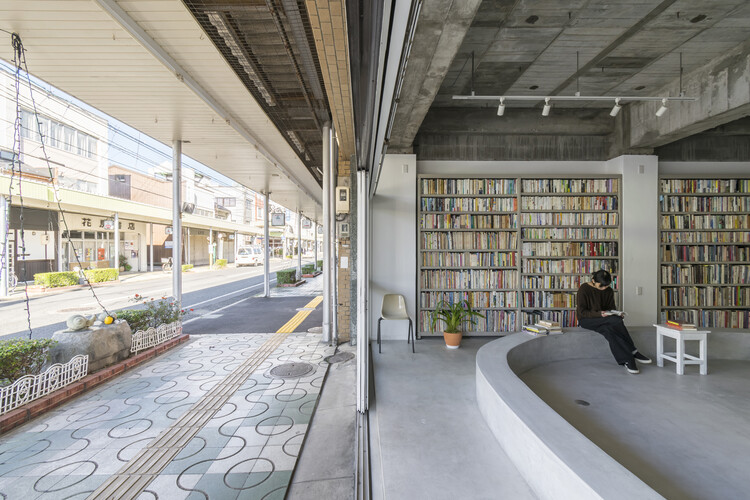 Text description provided by the architects. The small house was created for a client that has a significant library and desired a space to store them as well as to renovate a home.  The architect had therefore suggested that the house not only become a place to store books, but also a private library that could be opened to the city whenever the owner felt like it.

The six glass doors at the entrance were then utilized, allowing for the ground floor to be used as an open space such as a dirt floor, a guest room, or a small library connected to the arcade. The circular benches would be possible to use in various situations. The upper floor is a single room, which was the client's preference, taking advantage of the large building frame. Except for the replacement of equipment with the latest high-efficiency devices, the building was renovated with minimal expense.

The city of Tottori was burnt down in the Great Fire of 1952. During the reconstruction, a fireproof building zone was constructed on both sides of the main street in the neighborhood as the first legal measure under the Fireproof Building Promotion Law enacted in the same year. At the same time, reinforced concrete houses of almost the same standard were built in the vicinity, and many of them still exist. This house is one of them.

The ceiling height of the ground floor of the structure is 3.5m, the same as that of the arcade, and the second floor is 3.4m. These heights are almost the same as those of a fireproof building zone, and they are also much higher than the ceiling heights of a typical apartment building in modern Japan. It is easy to imagine that this spatial scale, like the arcade, is unique to this city and has been experienced since the great fire, and would have supported the activities of the local community.

As a vessel for the formation of the community envisioned by the client, we evaluated this potential and proactively incorporated it into our design. 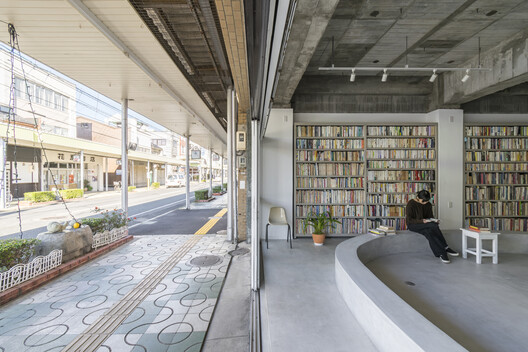