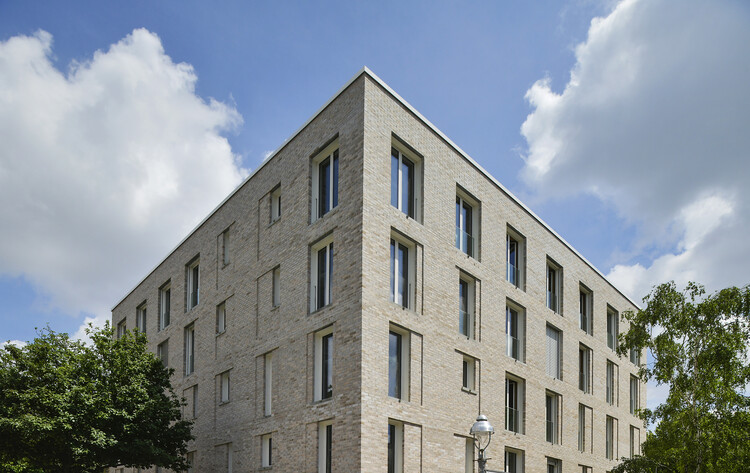 "Daycare & Coworking" New construction of a day-care center and office space for the Berlin University of Technology An unusual project has now been taken over by the users. Two builders and two different uses, on the lower floors the daycare center of the studierendenWERK BERLIN, in the two upper floors the first coworking areas of the Berlin University of Technology. For the first time in Berlin, both institutions have merged with a cooperation agreement and the Studierendenwerk has taken on the role of client for this project.

This was preceded by a long discussion about the where and how of the daycare center, to which the coworking areas for the BHT were added in the further process. After a long search for a suitable building site for the daycare center on the BHT site, the location at Haus Beuth, a former school planned by L. Hoffmann in 1908-10, was selected as the only possible location. The new building had to fit into this monument ensemble, which consists of the main building and two corner houses, one of which was destroyed in the war. The dialogue between the existing ensemble and the new building characterizes its architecture.

The volume of the historic corner house and its typical floor plan determine the new structure. Its facade adopts the grid and proportions of the existing building and reinterprets them in a playful way. The material of the facade is based on the classic plaster facade, translating it into a lightly grouted exposed masonry facade, which shows itself as an independent element in the ensemble.

The interior concept provides for clearly delimited rooms that are flexibly connected to each other, both for the daycare center and the coworking areas. The materials are limited to exposed concrete, oak, white HWL ceiling tiles, and a few color accents. The built-in furniture sets additional accents and is designed differently on each floor. Triangles, circles, and squares, which are characteristic of a floor as a motif, give the children good orientation and identification.

A stairwell on an elliptical floor plan, which was developed from the historical floor plan, connects the daycare internally and creates additional play areas for the children. Kolb Ripke Gesellschaft von Architekten, together with EiSat GmbH Gesellschaft Consulting Engineers for Construction, Marko Augustat + Partner GmbH and Dr. Gabriele Holst Landschaftsarchitektur planned this new building of the day-care center as well as office space for the Berlin University of Technology on behalf of the studierendenWERK BERLIN. The new building project is an important measure for the creation of a family-friendly university and as such makes a decisive contribution to the compatibility of studies, work, and family. 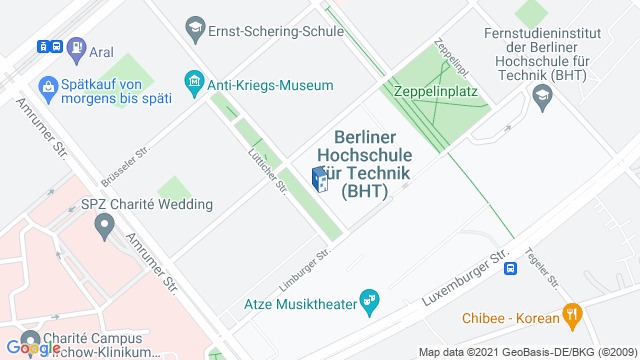