Fotografiska Museum has announced its expansion to three new locations in Berlin, Shanghai and Miami, to be housed within existing buildings redesigned by Herzog & De Meuron, Neri&Hu and Rockwell Group. A former department store in Berlin's Jewish Quarter, a 1946 factory building in Miami and a historically significant warehouse complex in Shanghai are the future Fotografiska venues set for completion in 2022 and 2023. Together with the existing locations in Stockholm, Tallin and New York, these will form the world's largest private art museum in terms of size, number of locations, and exhibitions per year. 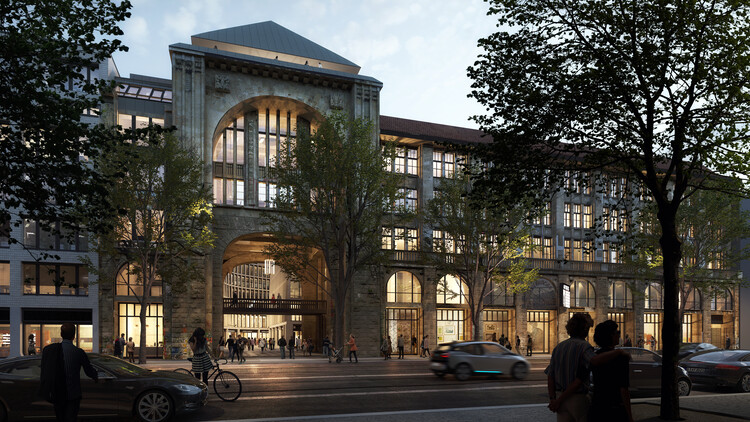 Founded in 2010 in Stockholm, Fotografiska is a world-renowned destination for photographic art and cultural programming, which in early 2021 merged with private work and social space NeueHouse, forming CultureWorks. The expansion carries on the tradition of contemporary restorations of historic buildings, with Fotografiska New York housed within the 1894 Renaissance Revival-style Church Missions House, Fotografiska Tallin located in a 1890s factory building, while the Stockholm museum is housed within a former customs house from 1906. Describing this attitude, Josh Wyatt, CEO of Fotografiska, says, "It is a real honour to call these remarkable landmarks the dwellings of Fotografiska, and we are humbled by the opportunity to reimagine such important buildings."

Fotografiska Berlin will occupy the landmark 1908 former department store in the Jewish Quarter, known as Kunsthaus Tacheles. The building was abandoned in the 70s but was occupied by artists in the 90s, saving the structure from demolition. The building's transformation will feature a rooftop extension designed by Herzog & de Meuron, a gesture that will redefine the building's silhouette and create a "contemporary beacon" for the Mitte district. The interior renovation will be carried out by e Studio Aisslinger and will entail careful preservation of the building's features coupled with thoughtful incorporation of the graffiti art accumulated over the decades.

The new museum venue in Miami will occupy a 1946 warehouse within the contemporary art district in the Allapattah neighbourhood. The design proposed by Rockwell Group will allow visitors the possibility of creating their own journeys through the museum across spaces of varying scales and character. The project will feature a central courtyard surrounded by perforated screens and planted trellis, functioning as a space for interaction. Fotografiska Shanghai is set to be located in one of the four historic warehouses on the waterfront of Suzhou Creek, built in the early 20th century as reception hubs for goods brought into Shanghai. Neri&Hu will lead the redevelopment of the listed historical buying, with a design informed by its architecture. 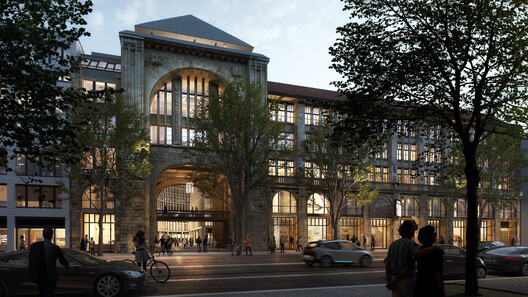