The first phase of the POST Houston redevelopment project is nearing completion, and the finished areas are now open to the public. Through adaptive reuse and precise interventions, Jason Long and OMA New York have transformed the historic Post Office mail sorting warehouse into a new public destination and cultural venue for Houston, featuring a diverse collection of programs meant to evolve and adapt to the needs of the city. 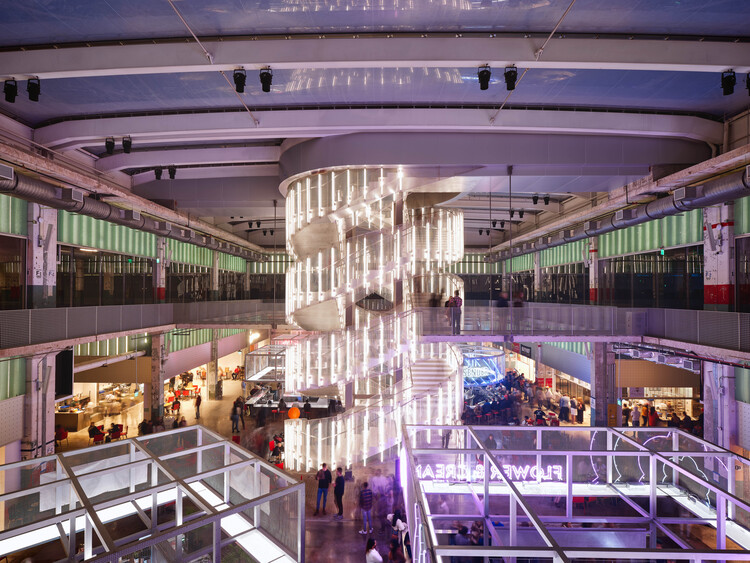 The 500,000 square foot ( 46,500 square metres) Barbara Jordan Post Office warehouse was built in 1962 and was used by the United States Postal Service (USPS) until 2015. The redevelopment of the site, which broke ground in 2019, saw the opportunity of preserving the massive building and integrating it into the fabric of downtown Houston. The design proposed by OMA / Jason Long rethinks the warehouse into a cultural and commercial hub, bringing a new vibrant public life to the site.

POST Houston will be a microcosm of the diversity that makes the city itself so exciting: an agglomeration of culture, food, and tropical urbanism housed within a solid concrete shell. By cutting into the building and drawing people in and through it, we are aiming to fold different programs into every corner—weddings next to food halls next to concerts next to new ways of working—and to turn Houston to a view that reveals the city’s radical ambition. - Jason Long, Partner, OMA

The project carves a series of paths across the warehouse volume, establishing three programmatic strips dedicated to culture and retail, food market and collaborative workspaces, respectively. Vertically, the building features a commercial ground plane, a second level of office spaces and a rooftop park. These bands are cut by three atriums named X, O, and Z, each featuring a different monumental staircase leading to the roofscape. The staircases that double, intertwine, and expand are designed as a place for social interaction and chance encounters.

The POST Market in the O-atrium features a series of stainless steel elements like seating, counters, kitchens that create a system of kiosks of varying shapes and orientations, organized in clusters. The rooftop Skylawn features two additional restaurants and an urban farm, that together with the landscaped grove, shaded gardens and recreational areas add to the public realm of downtown Houston.

OMA / Jason Long has also designed the 713 Music Hall for Live Nation, integrated within the eastern wing of POST Houston. With a capacity for 5000 people, the music venue features a flexible main performance space, with raked seating hovering above the flat general assembly area, allowing for various configurations of the space. 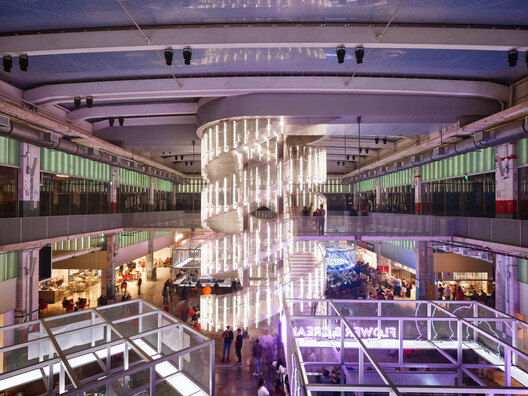