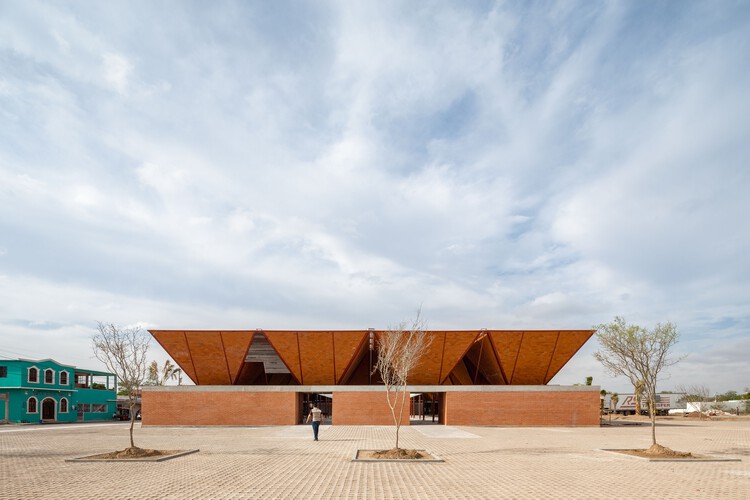 “This city has many squares where there is a continuous market and I try to buy and sell. It has a square as big as twice the city of Salamanca, still surrounded by portals around it; where there are over sixty thousand souls buying and selling daily." Hernán Cortés

Background. Markets are more than simple spaces for buying and selling for daily supplies, they are a synthesis of the culture and history of a region as well as of the commercial relations with its neighbors. Historically, not only products have arrived at these sites but also uses and customs, artistic forms, knowledge, and different ways of seeing the world.

Vernacular constructions in the northeast of the country naturally have a defensive and resource-saving character; security, climate, heat, and lack of humidity were reflected in solid archetypes, in massive proportions; the use of the patio to protect the interior space against inclement weather; the use of existing resources and materials, typical of the region; the orientations, the density of the light and the flow of air by cross-ventilation are some of its main characteristics.

The strategy. At the end of March 2019, the School of Architecture of the National Autonomous University of Mexico, summoned a group of academic-practitioners to participate in a contest to develop replicable public works projects for the SEDATU (Secretariat of Territorial and Urban Development), in highly vulnerable contexts, specifically that year in border cities in the north of the country. The development time for these projects would be only three months and three months to be executed works; with limited budgets (this space was built from December 2019 to March 2020 and would have been inaugurated on April 4, had it not been in contingency due to COVID 19).

For these reasons, we considered three main design strategies; the first, the constructive criteria, where we rationalize the use of civil works by fifty percent and the rest we leave it to light prefabrication; the second, the response to material flexibility to the place and the last, the versatility to its spatial spirit. Recognizing the haulage, the changes in population density as a result of migration, and the lack of resources in infrastructure in the areas to be intervened, were the axis to imagine a public space of varied use accompanied by green areas and recreation. Before proposing a building, it seemed critical to us to propose a flexible community structure capable of strengthening social ties and generating a sense of belonging, evoking the image of the old "Parián" to form a PLAZA-MARKET.

Matamoros Market. The architectural structure is located in a previously residual space in a residential area on the outskirts of the city. The building is subtly tucked away to surround it with green space and squares. The first component, the wall, recalls the old solid structures closed to the outside that allows drilling in a flexible way, in this case, to generate transit in three directions that connect with a sports space and a recreational space. The wall is defined by forty fixed premises, as well as by the service area with the most unfavorable orientation for sunlight. This skin, low in height and made of red brick, acquires its rigidity due to the divisions of the premises in the manner of buttresses and creates the entrance hallways to the heart of the portico.

An umbrella system based on a metal triangular-trapezoidal-shaped structure prefabricated in modules to which their very shape gives rigidity build a perimeter portico covering gaps of nine meters in distance with structures no larger than 5 inches capable of withstanding a hurricane or flood despite its lightness. The angle of inclination responds to the load reduction in addition to the structural stress work, also providing optimal runoff for water and snow. The system considers a lower skin that works as a thermal insulator, in this case, a 2 cm thick partition, maintaining an exterior sheet skin that is ideal for the weather and rain catchment, also functioning as a solar reflector. The lanterns facilitate the crossing of the wind and the optimal natural lighting for the other 40 premises that sit informally in the heart of the porch with assigned areas of 3x3mts that allow maintaining spatial flexibility and use for the people of the community.

Finally, the oasis is a garden sensitive to local conditions, in this case, a low-maintenance swamp garden that is watered from the retainment of water and that unfolds on the main facades penetrating the building. A flexible space that in time will increase its green to promote natural shadows, thermal mattresses, and spaces of silence. 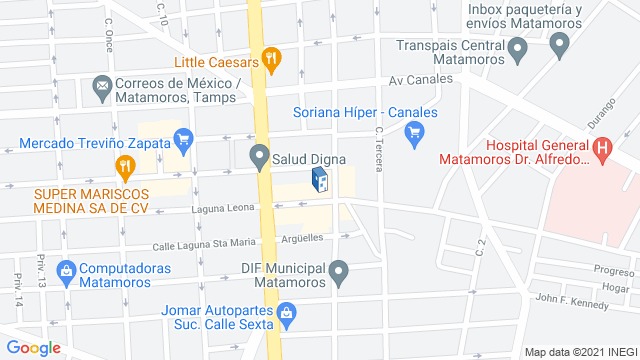 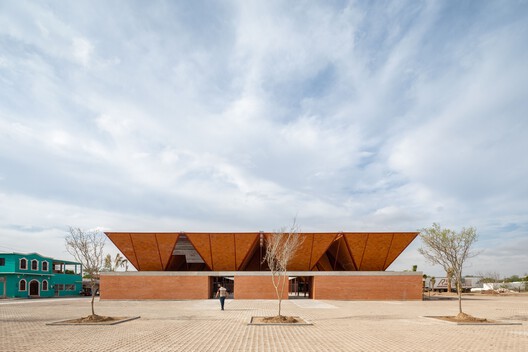