Save
Design Guide: 7 Essential Features of a Net Zero Building
This article is sponsored by:

Kiribati has a population of around 110,000 people and its economy is centered on fishing and agriculture. Comprised of 33 islands in the Central Pacific, its highest point is only 81 meters above sea level, which makes it potentially the first country that could disappear completely due to global warming and the consequent rise in sea levels. The climate crisis has been a hotly debated topic in recent years and terms such as carbon footprint, greenhouse effect, atmospheric aerosols, and many others, are already staples in our vocabulary. Another widely spoken term is “net zero”, or net zero emission, used as a goal for buildings in different industries and countries. Basically, it means that the energy balance is zero.

As advocated by the 2015 Paris Agreement, signed by several countries at COP 21, the world will need to zero net emissions by the middle of the century if it wants to have a chance to keep temperatures below 2º C. Even if the first thing that comes to mind when thinking of emissions is the black smoke that comes out of factories or trucks - which are seen as the great villains -, the construction industry is an important player in these emissions too. According to the World Green Building Council, the sector globally accounts for 36% of energy consumption, 38% of energy-related carbon emissions, and 50% of resource consumption. And this footprint is expected to double by 2060.

For buildings, being net zero in terms of energy means, in simple terms, to produce what can be consumed in a period of one year. If we include carbon, the reasoning is the same. In other words, the goal is to consume or absorbe all the carbon emitted during construction and operation, which in addition to the energy used, will cover what was emitted by the materials. According to WGBC, the definition of a net zero carbon building is one that is “highly energy efficient and powered by renewable energy sources on site and/or off site, with any offsetting carbon balance remaining”.

A simple concept, but not so easy to implement. How is it possible to reach this goal with concrete actions during the design process and in the choice of solutions, materials and products? Is it really possible to achieve this goal, or at least get closer to it for new builds and renovations? Below, we list 7 things to take into account to contribute to this global objective.

1. Apply the concepts of Bioclimatic Architecture

As redundant as it may be, making use of bioclimatic architecture and passive concepts is a key component to achieve a net zero building. By designing projects connected to the local climate and context, energy can be saved. This means using as much natural light as possible during the day, while balancing thermal energy losses. The orientation of the frames, well-calculated sun protections and absorbing and reflective materials in the right places make the building able to passively take advantage of natural resources, according to the needs of each context.

At the heart of the concept is the idea that buildings are able to supply all their energy needs from low-cost, locally available, non-polluting renewable sources. This means using the sun through photovoltaic panels or water heating panels, for example. Or even using local wind systems or other renewable energy sources if possible. As it is calculated annually, the building can use the network to export excess energy, which can be compensated for during the period when the building is not generating energy. But that is not to say that all buildings must be huge power plants. Energy efficiency is the key concept in this case.

3. Use efficient equipment and lighting

When dealing with power generation, it is impossible not to talk about the energy efficiency of appliances and lighting. If we approach a balance between generation and consumption, reducing losses and improving the efficiency of the equipment present in the building is vital. That means generating the same amount of energy with fewer natural resources or getting the same service with less energy. Therefore, choosing high-efficiency equipment such as lighting, refrigeration, HVAC, etc., as well as other installations such as facilities, equipment, tools, machines, etc., will make less electrical energy needed.

4. Pay attention to the building envelope

In addition to generating energy or avoiding harmful sources, it is essential that the building is efficient. A well-designed envelope is important for the building to make the best use of the context in which it is located. For example, in a cold region, a house with good thermal insulation should lose less heat to the environment, reducing the demand for heating. In places with large thermal amplitudes, working with thermal inertia can be advantageous, as walls and ceilings can store heat and release it when necessary. In hot areas, the envelope can allow for ventilation and cooling of spaces, reducing the need for artificial cooling, while thermal insulation can avoid an excessive need to cooling interior spaces due to the heat that enters through the envelope. In other words, by increasing the energy efficiency of an envelope, this will imply a reduction in operational carbon, which is emitted during the use of the building.

5. Invest in windows and doors

This is a key component in efficiency and  usually represents a good chunk of the cost in new and remodeled buildings. The main role of the window is for the building occupant's well-being as it brings daylight and connection with the exterior; this illustrates the trend of large dimensions and/or high transparency. In this context, the window is an important lever to optimize energy saving, as well as winter and summer comfort. Climate specificities will therefore define the ideal window choice. In cold climates, the combination of high insulation (i.e low Ug value) together with enhanced entry of free heat from the sun (high solar gain; g value) allows to save heating energy and minimize cold surface perception near the window. On the other hand, warm climates have to manage sun heat incomes (low g value) together with a reasonable insulation level in order to minimize indoor temperatures without high cooling loads, and only efficient ventilation. Modern coated glasses combined with efficient window frames now allow to find a compromise between these two aspects.

Another key concept is to reduce the use of fossil fuels in the building. According to RMI, "gas flaring along with small amounts of oil and propane in buildings is responsible for 10% of total emissions across the entire US economy, and only 10 major states are responsible for 56% of those emissions." These are mostly used for heating buildings, water or cooking. So instead of using gas or oil, prefer renewable sources such as biogas and wood. Depending on the context, heat pumps and geothermal energy can also be used, as well as electricity, preferably from clean and renewable sources such as solar, wind or even hydroelectric.

Considering the impact of each element used in a project is also essential to reach the net-zero goal. The carbon embodied in each material refers to the sum of greenhouse gas emissions during extraction, transport, fabrication and installation. While, for example, concrete is a material that emits a huge amount of carbon during its manufacturing - especially in the case of cement - the use of wood in a project reduces the carbon incorporated in the building, since the material absorbs carbon while the tree grows. Glass, on the other hand, even though it consumes large amounts of carbon during manufacturing, has a high degree of recyclability, which should also be considered in the equation. Assessing the embodied carbon of an entire building requires access to carbon emissions data for all materials and processes involved in a building throughout its lifecycle.

A standardized method used to quantify the environmental impacts of buildings, from material extraction and product manufacturing to use, end of life and disposal is the Environmental Life Cycle Assessment (LCA). Through this analysis, it is possible to total the environmental impact of a product's supply chain. The results are presented in the form of an Environmental Product Declarations (EPD), which are increasingly common for manufacturers to take into consideration for their products, in order to meet a growing market demand for quantified environmental information.

Although global discussions like this one may seem too far removed from our daily lives, we see how simple gestures can make a difference. It is latent that all those involved and even enthusiasts in the construction industry are aware of their impact and the power they have in their hands for truly effective changes. Skepticism on the subject has been giving way to the despair of a much more hostile world for the next generations. Net-zero buildings can require high initial investments, whether in construction or remodeling. But these can be seen as an investment in the world to prosper and remain as we know it. 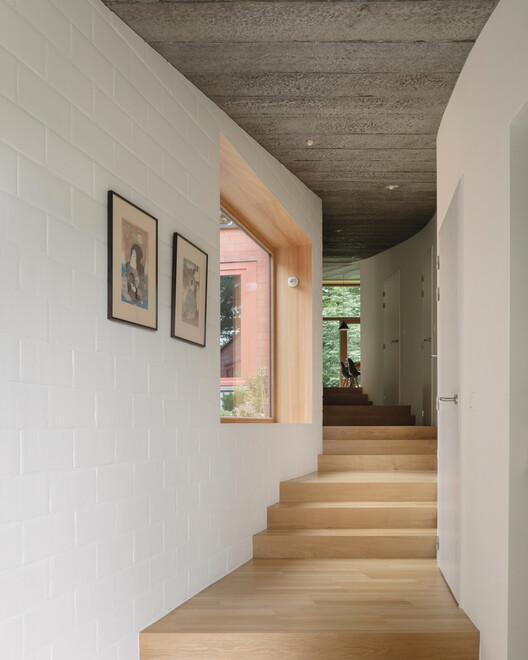