Save
What is a Traditional Windcatcher?
Share
Or
Copy

Before fossil-fuel powered air-conditioning became widely available, people living in harsh climates had nothing but natural means to ventilate their spaces and control the interior temperature. To do so, they took into account several external factors such as their location, orientation with respect to the sun and wind, their area's climate conditions, and local materials. In this article, we explore how ancient civilizations in Western Asia and North Africa have used windcatchers to adapt to the region's harsh climate and provide passive cooling solutions that are still being used in contemporary architecture, proving that local approaches to climate adaptability are fundamental to the development of today's built environment. 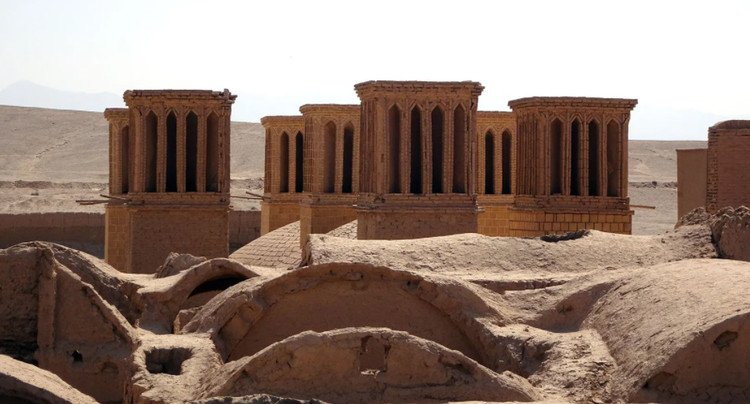 A Windcatcher, also known as wind tower, wind scoop, Malqaf, or Badgir, is a traditional cooling architectural element that has been used for thousands of years in countries with severe hot climates. Some historians and archeologists credit Persians as the inventors of windcatchers, after discovering ruins of a 3000 BC Persian fire temple that features chimney-like structures with no trace of ashes. Others believe they were first built in the North African deserts, particularly in Egypt, since paintings that date back to 1300 BC showed triangular elements on top of Pharaoh Nebamun’s residence, convincing historians that the first windcatcher was developed in Egypt.

Back to Basics: Natural Ventilation and its Use in Different Contexts

Over the years, windcatchers grew in popularity and were found in countries across the Middle East, North Africa, Western and Central Asia, due to their passive and efficient means of providing ventilation. However, as it is a particularly site-specific structure whose efficiency varies based on region and climatic conditions, each country adapted the design of the tower to its respective environmental characteristics.

As explained in our article about natural ventilation and its use in different contexts, air movement is created by the rising of warm and the lowering of cool air. As the air above the land gets warmer, it rises and creates an area of low pressure. When air continues to rise, it cools and moves towards water surfaces, where it falls and creates an area of high pressure, and pushes cold air towards the land. This movement of areas is what creates the wind.

A windcatcher is a chimney-like structure made of clay, wood, or bricks, constructed on the rooftop of houses, mosques, or storage rooms to harness the cool breeze and direct it downwards towards the interior space. The way these towers work is by directing cool wind that is circulating at higher levels downwards through vertical openings with oblique sides (also known as directional openings) by leaving only the shaft opposite of the incoming wind open. Once the cool air enters the space, the warm air circulating inside the interior space is pushed out through openings created on the opposite side of the windcatcher. In areas without cool breeze, windcatchers act as chimneys and push warm air upwards and out through the openings of the tower, regulating the interior environment of the home.

Windcatchers' expansion across different nations generated changes in their design, resulting in unidirectional, bidirectional, multidirectional, and in some cases cylindrical structures, all dependent on the wind direction and the building's exact location. While there is no one-design-fits-all, a traditional windcatcher is a square-sectioned vertical tower with four directional/oblique openings and occasional internal blades or shafts. The tower's height, number of sides, number of openings, and quantity and positioning of the interior blades influence the efficiency of windcatchers, impacting the velocity and turbulence of the airflow.

Windcatchers are also often built over a qanat (Arabic word for channel / canal), a system used in arid areas to ensure constant water supply in houses. Since these channels serve as water reservoirs and are located in areas entirely shaded from the sun (often below ground), they create a cool and dense air current caused by convection and evaporation. The hot air drawn into the qanat mixes with the its trapped air current - which is stuck below and unable to rise up to the less dense surface air - and pushes cool air into the interior space.

Recently, people have become a lot more environmentally-aware, opting for more passive solutions to reduce energy consumption and carbon footprint. In addition to being more ecological, natural ventilation is also more cost-efficient, and relies on natural external factors such as the wind and the temperature of the interior space and its surroundings. Some of these passive ventilation solutions include single-sided ventilation, cross ventilation, stack ventilation, and the chimney effect. However, several studies have shown that windcatchers are in fact more efficient than windows, especially in dense areas where wind circulation is constricted.

In more contemporary projects, automated windcatchers are utilized that use sensor-controlled panels or solar-powered fans, providing semi-passive cooling systems. Instead of clay, brick, and wood, these structures are now built with concrete, aluminum, steel, wood, and stone, reimagining the tower in a more modernized context. Manufacturers have even created commercial windcatchers with built-in louvers that prevent having rain and snow enter the shaft. And today, the city of Yazd, Iran, is known as the city of wind towers, housing hundreds of the traditional element across its skyline. 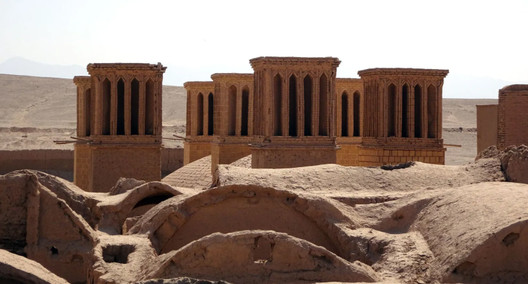