Save
Does Urban Development Drive Gentrification?
Share
Or
Copy

Urban environments are in a constant process of social evolution, political and economic transformation. Attached to the idea of urban renewal is gentrification, a complex phenomenon circumscribing a variety of issues, from the improvement of the built environment and strengthening the local economy to displacement and demographic change. On the one hand, redevelopment means revitalizing neighbourhoods, improving the built environment and infrastructure and boosting the local economy, and on the other hand, gentrification drives up property prices and cost of living, forcing out low-income communities. Is the displacement of local communities a "collateral damage" of urban development? Does redevelopment intrinsically drive gentrification, and can urban environments be revitalized more ethically? 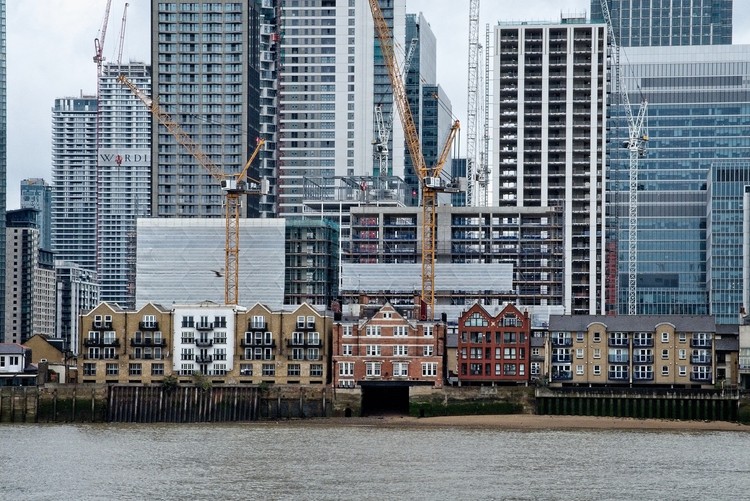 Andreea Cutieru: By definition, gentrification is a process in which a low-income area of a city experiences redevelopment and an influx of new residents, usually resulting in an increase in property values and the displacement of earlier residents. What is your understanding of gentrification? How does it relate to the densification of cities?

Matthew Maganga: For me, gentrification means that the previous population which lived in an area is effectively locked out of fully participating in the community they live in as rent and the cost of local services rise. More crucially, however, there are conversations taking place about a reframing of the term gentrification itself and what this means.

Nicolás Valencia: I agree with the definition, and in the case of Chile, I'd match gentrification and densification. Gentrification is indeed linked to displacement, so it does have a negative connotation. Otherwise, we would be talking about densification and more heterogeneous neighbourhoods. Moreover, gentrification implies original residents have accumulated a set of benefits (capital) like transport, services-related that they lose as soon as they're forced to leave.

Fabian Dejtiar: But sometimes I think that it is almost a natural economic process, right? I would change the original definition that gentrification is not necessarily a process in a low-income area; it also occurs in middle-class neighbourhoods and even in affluent areas – as is the case in Argentina. Super-gentrification is the conversion of prosperous, already gentrified and solid upper-middle-class neighbourhoods into much more expensive and exclusive enclaves.

Eduardo Souza: I think there is often a perverse relationship between public investment and gentrification. People with higher incomes always seek to move to another (less valued) neighbourhood for some reason. Generally, in cities, this means better access to transport, work, or some natural attraction.

Nicolás Valencia: Back in the 90s, Santiago downtown was losing its population due to a massive migration to new middle-class neighbourhoods. Therefore, the local government decided to push a plan: a subsidy to buy property downtown. Initially wasn't that popular, but once the 1988 financial crisis erupted, the Ministry of Public Works, alongside local government, really boosted the real estate market. This led to rapid densification of the centre, leaving original residents no option to stay downtown, losing their social capital.

Fabian Dejtiar: In Argentina, the uncertainty of the current currency exchange situation (properties are acquired and sold by agreeing on their price in dollars) has brought real estate speculation into focus. Today, the increase in housing prices has impacted the new middle-class generations. Where before our parents managed to acquire a home in the vicinity of their parents' place, today it is no longer a reality for young people, who are driven in many cases to the outskirts of the city or remote neighbourhoods, thus losing their roots in a sense. We could say that the materialization of "super-gentrification" is just around the corner, where an upper economic class, foreign or local, would end up displacing a middle or upper-middle class. This phenomenon is already visible in Buenos Aires, which is looking to transform offices into housing in the city center due to the pandemic - which will likely lead to an increase in prices in the area.

Matthew Maganga: Living in London at the moment, there are lots of conversations taking place about gentrification – and a lot is happening. With the ongoing pandemic, virtual working has meant that a lot of people who work in London move to other cities in the UK where rent is cheaper, leading to communities of those other UK cities being forced to deal with rising rent. I think how gentrification shows itself in London is through a lot of developer-led gentrification that can alienate working-class communities who've lived in certain areas all their lives.

Eduardo Souza: I think the main issue in Brazil is that the most valued areas are those that have more access to transport, proximity to jobs, health, leisure, services, etc. These areas move over time as real estate development continues to expand. But this urban planning is very poorly done (in conjunction with public authorities), and low-income communities (especially those living in rentals) are being moved farther and farther away from these benefits I mentioned. Then this same public sector needs to provide access and a certain dignity to these new peripheral locations. This makes the city extremely expensive to maintain. It is a process that the market benefits from but which burdens the public authorities too much.

Andreea Cutieru: So, in this case, gentrification also leads to urban sprawl and poor management of resources in terms of city infrastructure. How will this process of gentrification evolve, then?

Matthew Maganga: I think with the ongoing pandemic, this conversation will only take on a larger and larger scope in the future. Growing up in Dar es Salaam, I definitely see a rise in digital nomads in the future – people who can work from anywhere and can move into entirely new countries. A person might originally be from the UK, for example, and choose to work in Tanzania to take advantage of the lower cost of living and the stronger spending power of the British Pound compared to the Tanzanian Shilling. As they can spend more, the cost of local services will inevitably go up to take full advantage of this market, putting local communities at risk of being priced out of housing and even local entertainment and leisure options.

Andreea Cutieru: Can architects and urban designers plan against gentrification?

Fabian Dejtiar: I think we have to be careful with those that promise affordability through rezoning. At the end of the day, many cases instead end in gentrification. An example of this is New York, where the rezoning of various neighbourhoods was meant to deliver more affordable housing and diverse urban areas but instead had the opposite effect, creating less affordability, fewer opportunities for social and economic diversity.

Eduardo Souza: Mixed-use and incomes seem to be the best path. Like Jane Jacobs said.

Christele Harrouk: When it comes to cities, it always goes back to the initial vision. How do you want your city to look like? Who do you want to plan for? A well-thought plan will think about keeping existing tenants, improving their living conditions, and offering them job opportunities while driving new businesses and new life that can enhance the whole district. It's a question of an overall vision with very well-thought urban guidelines.

Matthew Maganga: I think what can make urban renewal and development equitable is context. Not imposing ideas from one city to another just because it worked in that other city. Instead, the proper response would be rooting urban renewal projects in the contemporary reality of a place, with local communities' vital involvement and participation.