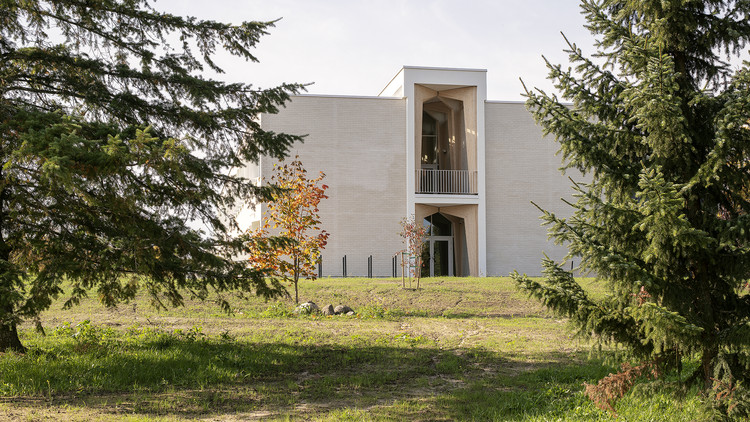 Independence of a small settlement. The existing school building, with its long corridors, separated blocks, and without a central public space, no longer met the needs of the local residents. The terms of reference for the new building foresaw it as the centre of the community – its function as a basic school is complemented by a public library, a gym, music rooms, and a general-purpose auditorium.

Its proximity to the city of Tartu constantly tests the functioning of Tabivere as an independent settlement – people increasingly tend to work in and use the services of the larger city. The new building makes it possible to reverse that trend. The building is meant for all the inhabitants of Tabivere, expanding the range of services offered and promoting social interaction between the residents.

Grandiose gallery. The long and slender volume of the building flirts with the typology of the basilica, common in church architecture. The backbone of the school is a gallery space 100m long and 7m high lined with elements made of laminated timber. The volume of the gallery extends above the rest of the building, bringing natural light through the windows of the clerestory into the interior of the school. The central axis is open at both ends and the wooden elements expand partly into the outdoor space. The red mosaic concrete and the repetitive rhythm of the elements accentuate the axiality of the space even further while being balanced by the warmth of the wood.

The drumlins of Vooremaa. The most common landforms of the region are drumlins, which occur in parallel and in groups; in folklore, due to their mystical shape, they were also considered furrows plowed by Kalevipoeg. The long building placed perpendicular to the slope brings out the strong relief of the landscape.

The building plays with its surroundings as well – in the middle of its elongated indoor space, the single-story building turns into two levels through intermediate floors. The landscape architecture of the building also follows the movement and the shape of the drumlins. The surrounding landscape of elongated hills and depressions invites discovery and experimentation with abstract and playful forms. 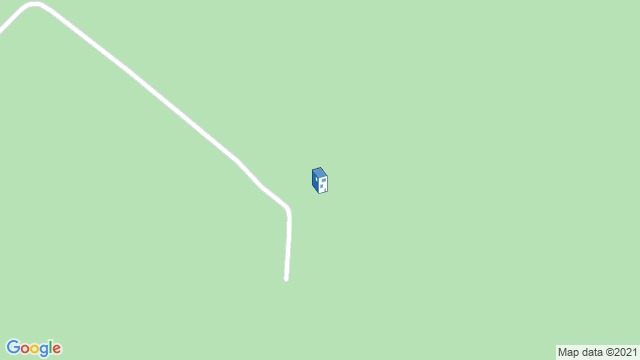 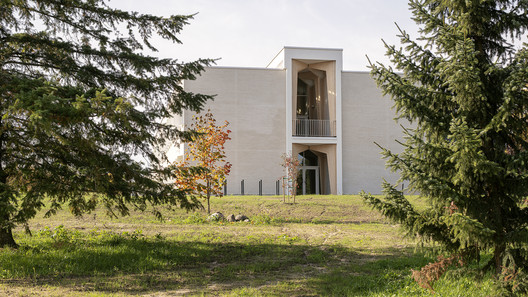